If all dogs go to heaven, surely cats too -- but their earthly bodies can sometimes end up as fodder for other animals.

This was clearly the case as a monitor lizard was seen feeding on a dead white cat floating in a canal in Pasir Ris on Tuesday, Apr. 6, 2021.

A set of photos showing a monitor lizard circling bloated carrion in Sungei Tampines -- the river that flows through Pasir Ris -- was put up in the Singapore Wildlife Sightings Facebook group, with a description of what witnesses observed.

Cat suspected to have drowned

How the white cat ended up dead in the waters of the canal is not known.

But according to the post, the cat was suspected to have drowned as a result of the recent heavy rain all over Singapore.

Dead animals washing up into the canals here is a common enough sight, as rising water levels from torrential downpour can make the network of drains islandwide flooding hazards.

The post also claimed that Pasir Ris residents said another black cat had drowned earlier in the day.

The photos shared on social media showed the cat appearing bloated and the monitor lizard circling its find. 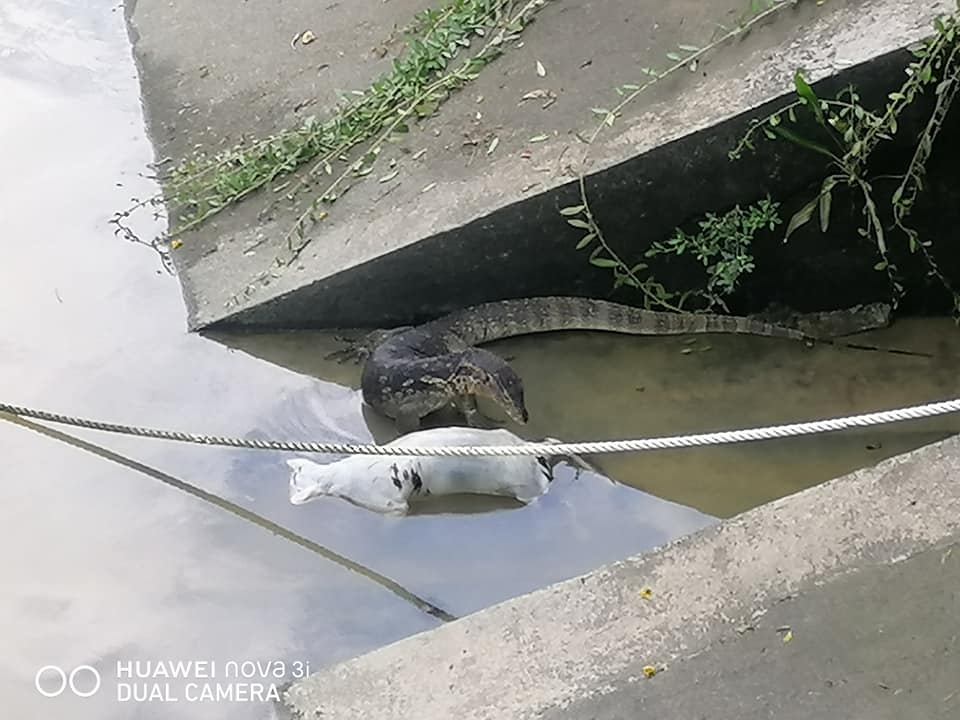 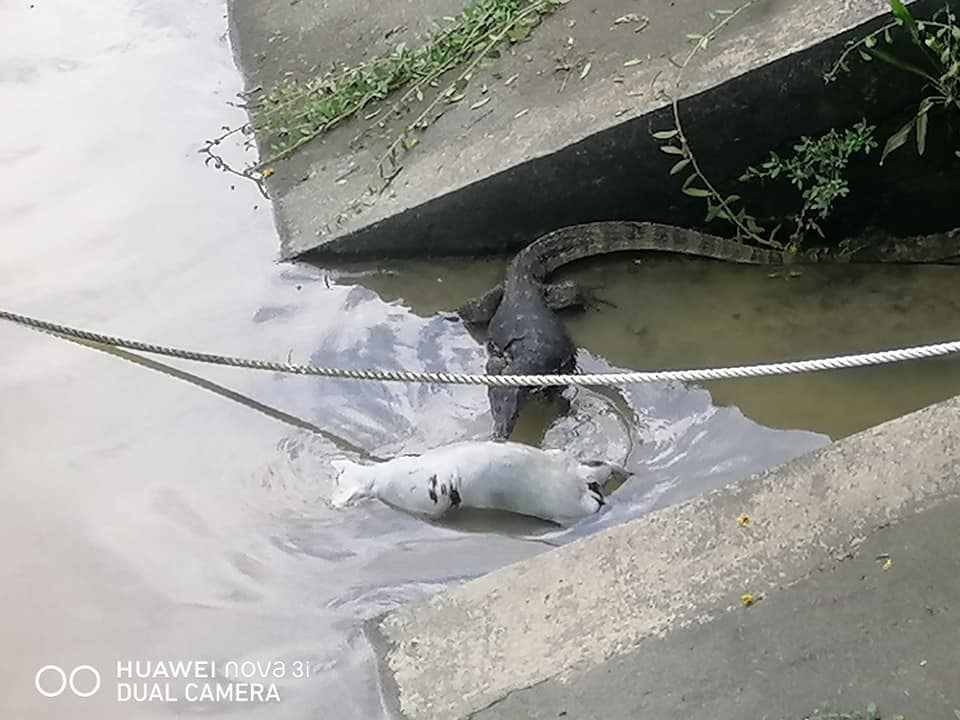 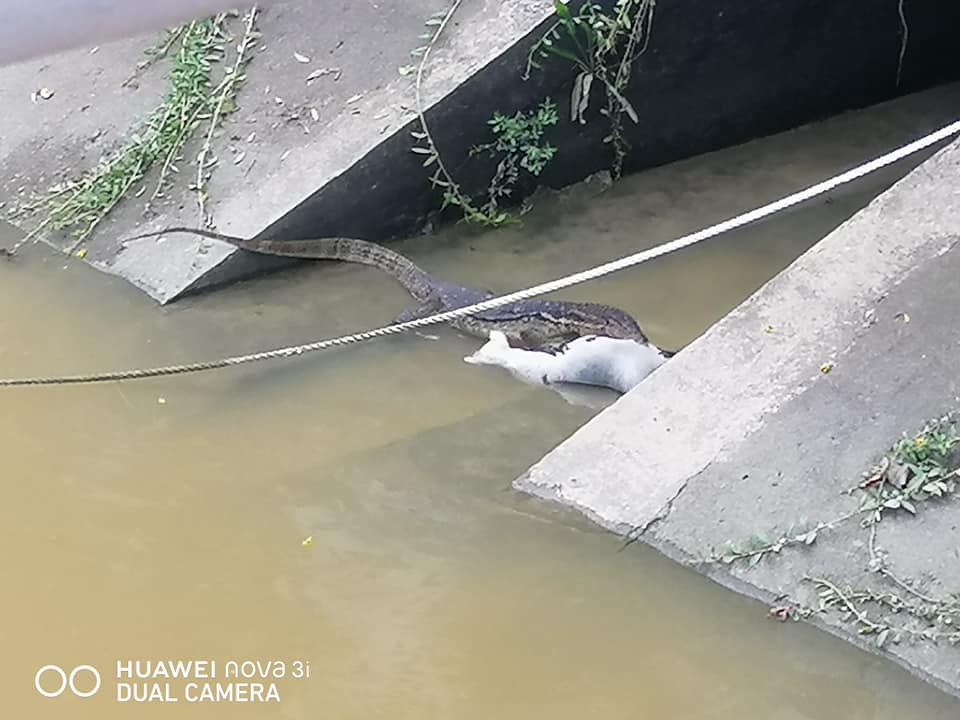 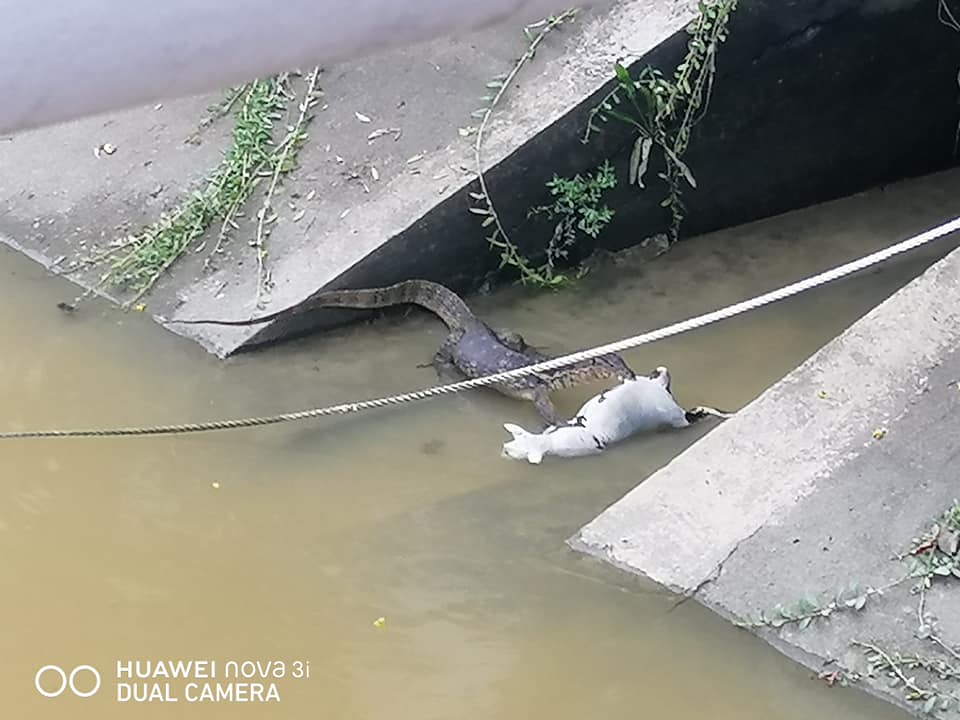 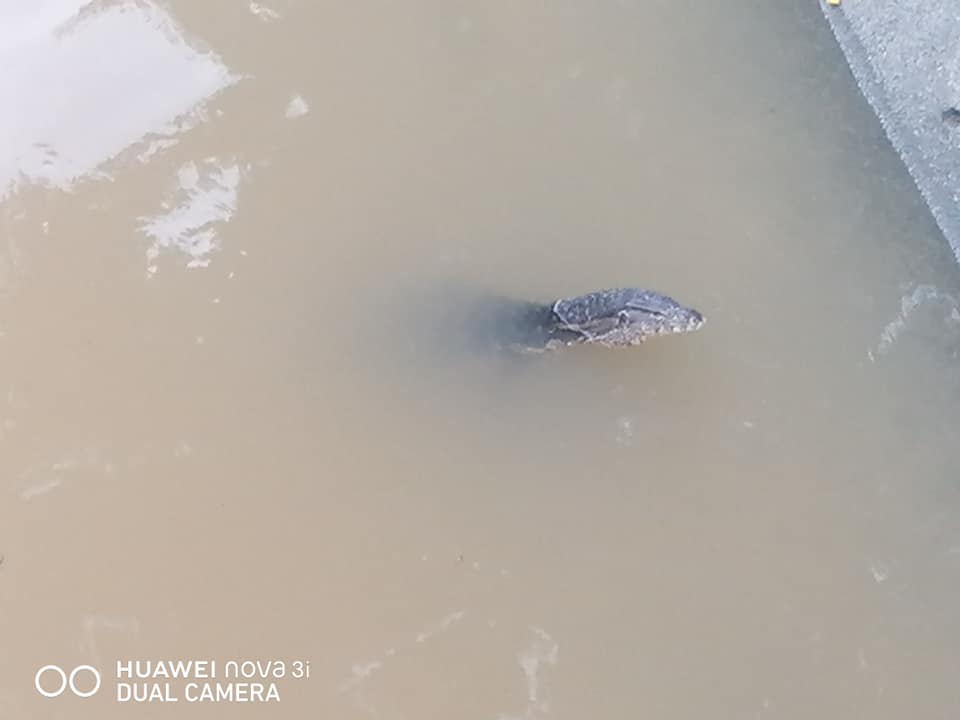 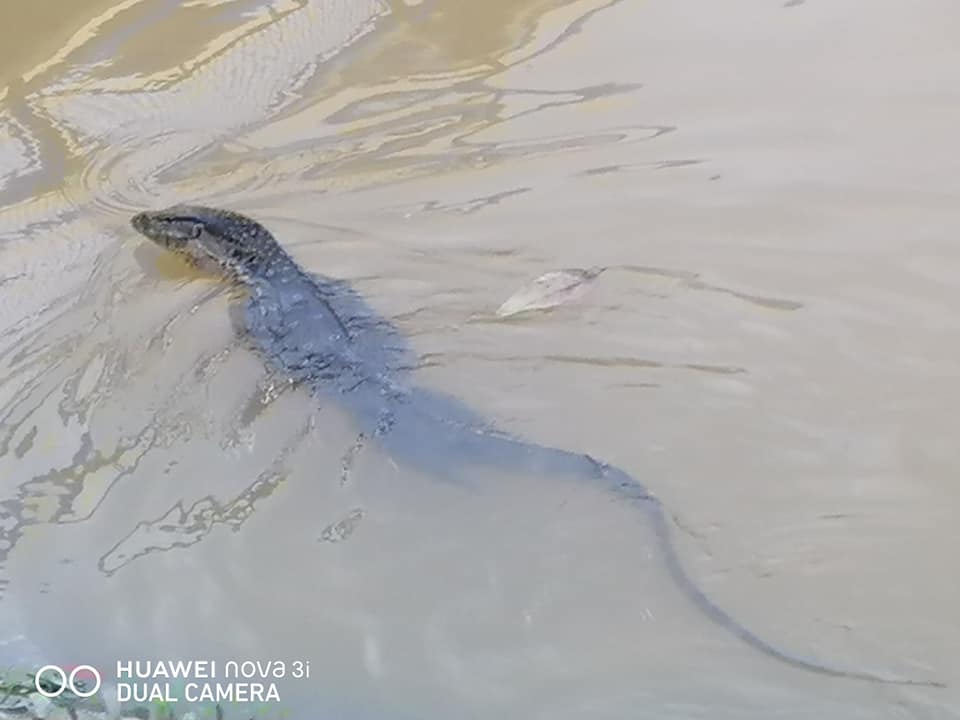 Monitor lizards are mostly carnivorous and are known to scavenge on carcasses.

In Singapore, monitor lizards can be found in forests, mangrove swamps, and even man-made canals.

Monitor lizards are shy and will not attack humans, unless provoked or cornered.

Previously, a monitor lizard in the western part of Singapore was seen trying to swallow a python whole, but ended up regurgitating the entire length of the snake and burping loudly on camera.