A pair of monitor lizards were photographed engaging in a strange ritual of hugging each other along the Ulu Pandan Park Connector in Clementi, but it turns out, they were fighting to eat another dead monitor lizard.

The scene was shot and put up on the Singapore Wildlife Sightings Facebook group on April 15. 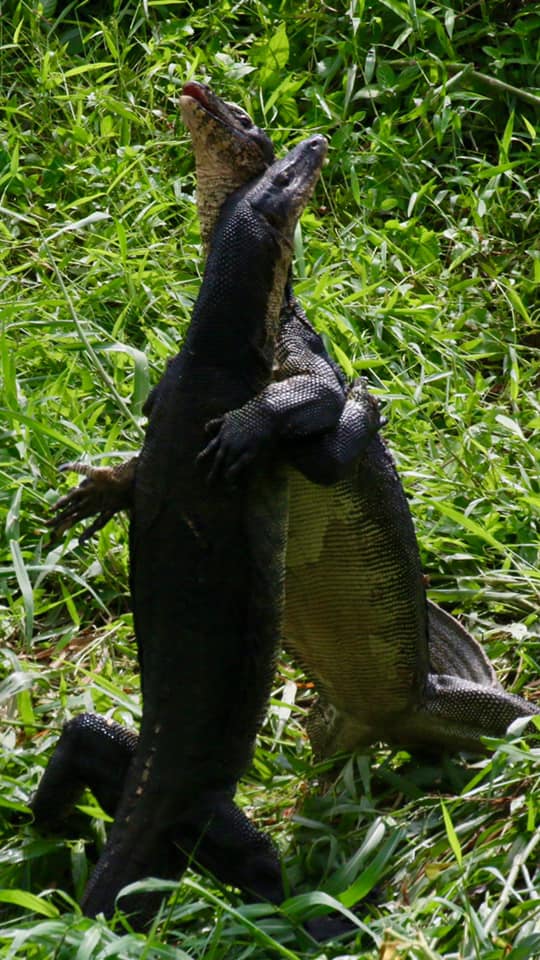 According to the woman who witnessed the scene, the dead monitor lizard carcass was already there when she arrived.

She described the carcass as "huge" as it laid there half-eaten, with monitor lizards vying for a chance to grab a piece of it.

However, they could not do so uninterrupted.

The woman wrote that there was a group of monitor lizards that surrounded the carcass and they were trying to "join the feast". 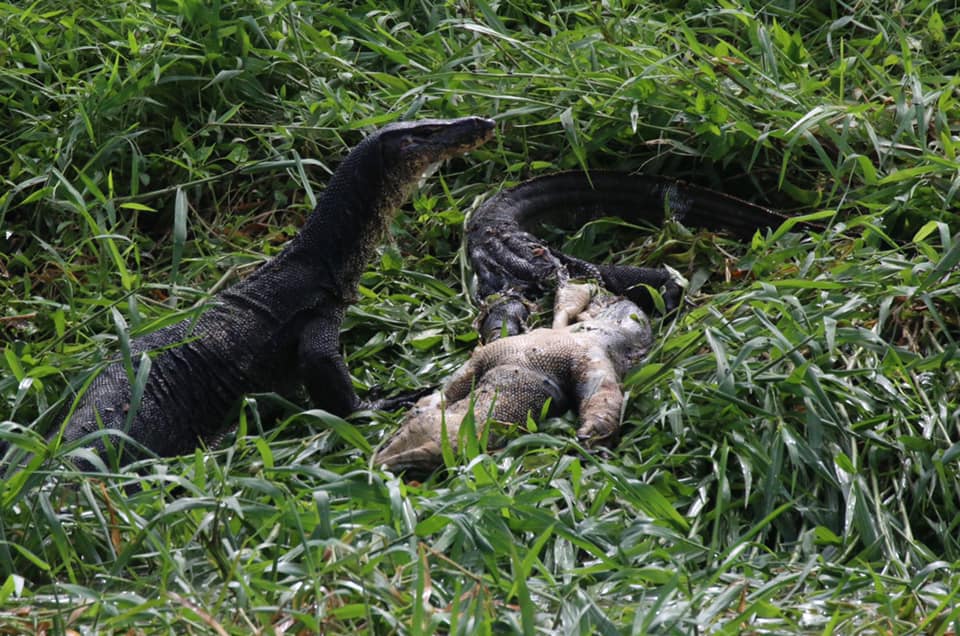 But the meal was a constant battle for the monitor lizards that had to fight one another off.

And it appeared being big was not the greatest advantage in such a frenzy feeding situation.

The woman wrote: "Each time a fight took place. Only the smaller lizard managed to steal the dead monitors tail." 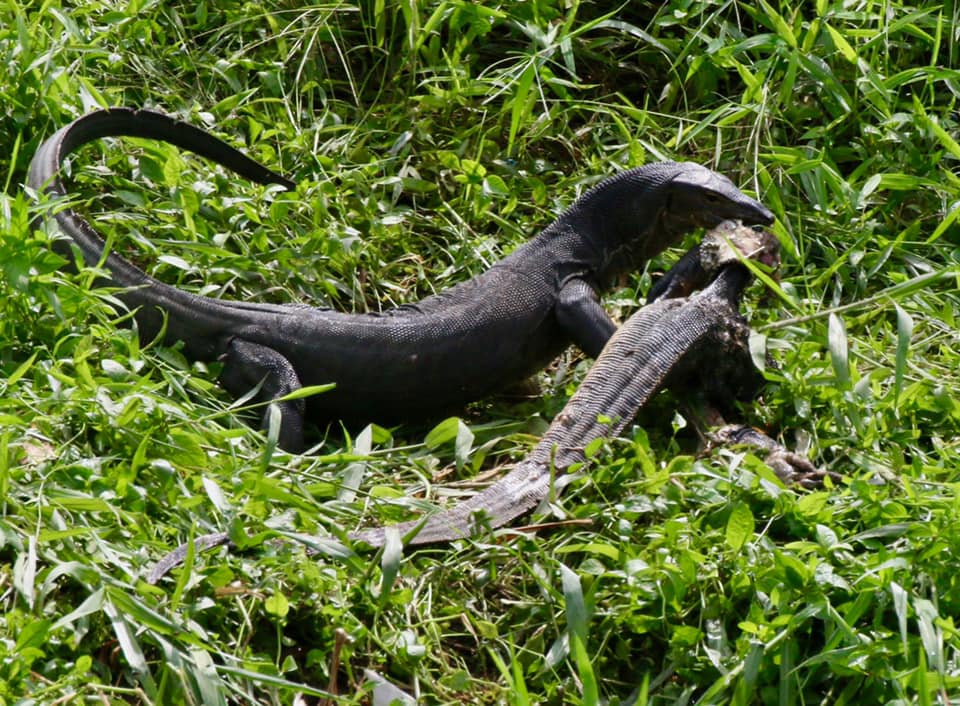 Monitor lizards are mostly carnivorous and are known to scavenge on carcasses.

In Singapore, monitor lizards can be found in forests, mangrove swamps, and even man-made canals.

Monitor lizards are shy and will not attack humans, unless provoked or cornered.