If you've ever ordered McDonald's, you would have been served a misaligned, poorly-stacked burger at least once in your life.

And if you've ever ordered a Filet-O-Fish, half the time it would have cheese on the burger's rim and a patty barely in between two steamed buns.

Good news: You are not alone, McCustomer.

Everyone has had a McSenget before

McDonald's customers all over Singapore are now stepping forward with photographic evidence that they are constantly served a McSenget.

A @mcsenget Instagram account has been running for the past year gathering submissions of the most senget McDonald's burgers in Singapore.

"Senget" is the Malay word for "tilted".

It is usually used in colloquial speech, such as, "Eh your beret senget, bodoh." 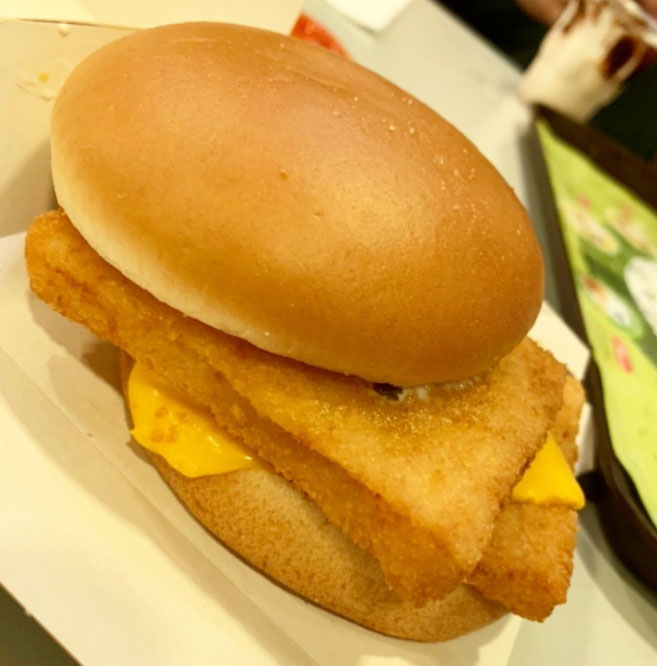 And when you have an endless supply of documentary proof of senget burgers from Singapore, it will naturally lead to a pissing contest to see which burger is the most senget and where it originated from.

On April 18, the McSenget Instagram released the results via video of the most senget McSenget burger in Singapore.

Here are the results of the top five most senget McSenget burgers according to Instagram likes.

Two senget double patty burgers do not correct each other out.

This McSenget has prominent underbite.

The cheese is on its own. Run free.

Cheese on the rim of the burger so you can have mouthfuls of burger without cheese.

The results appear evenly distributed island-wide, which probably debunks any idea that McSenget burgers could be due to uneven gravitational fields around Singapore. The people behind the McSenget Instagram account even followed up with the results by going to the specific McDonald's outlets to find out if the burgers served there are still senget.

You can watch the video to find out more.

Why is it always Filet-O-Fish senget?

One undeniable observation is that McDonald's Filet-O-Fish burgers are frequently the most senget.

One theory posited is due to the cheese that is slapped onto the hot buns and patty.

As a result of the cheese melting the moment it touches the hot bun and patty, it sticks to the surfaces and cannot be rearranged that easily.

And once the cheese is misaligned, the rest of the parts of the assembled burger might have to take their bearing from the cheese.

Other burgers that don't have cheese can still be restacked.

But a burger with melted cheese where it shouldn't belong?

One classic McSenget coming right up.