On the latest episode of Guo Liang's talk show "The Inner Circle", local actor, radio DJ, host, and comedian Mark Lee teared up while talking about his daughter's medical condition.

Lee said he usually shared stories that were heartwarming and related to parenthood on his radio show, Love 97.2's The Breakfast Quartet, and how his team teared over certain stories initially.

Speaking about his own experiences as a father, he brought up his daughter, Calynn's autoimmune disease, and how he was shooting for The Breakfast Quartet during that time.

On Aug. 6, 2018, Lee's wife, Catherine Ng, shared on Facebook that then five-year-old Calynn had been diagnosed with glomerulonephritis, an inflammation of the filters in your kidneys that can cause them to stop working. 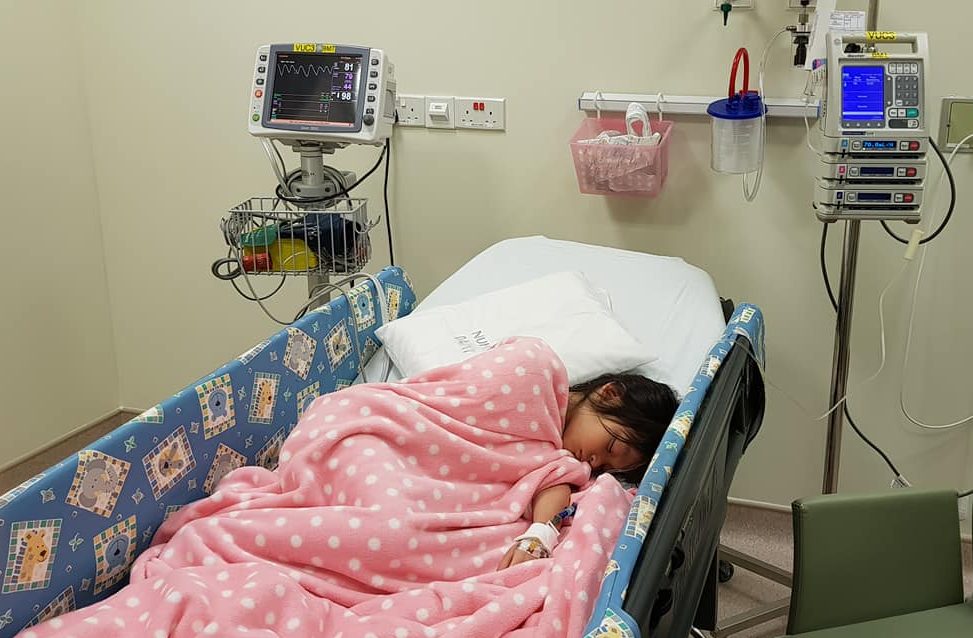 The actor shared about a day when his daughter was having a tissue sample taken from her kidney to test if she had chronic or acute kidney disease.

"If it were acute, both her kidneys would fail within nine months," Lee explained, "Even if it were chronic, her height may remain stunted if the monthly blood and urine tests showed that she was still losing protein."

The father of three choked up as he described the needle going in and being drawn out from his daughter.

He added, "I couldn't cry at that moment as my wife was beside me. If I didn't stay strong, she'd break down so I resisted against crying."

Although Lee still went for a shoot that morning as they were rushing, he insisted on dropping by the hospital two hours before she was anaesthetised.

He choked up again, holding a tissue paper to his nose, as the thought of "seeing her for the last time" crossed his mind.

While dabbing his eyes, Lee continued,

"During the two hours before she was anaesthetised, I hoped I could play with her. Most importantly, I wanted her to see that I had arrived and I wanted to give her confidence. Waiting for the results was terrifying. You could lose this child within a short time."

He added that he was unable to take two weeks off work as they were on a tight schedule, remarking that "this was the saddest aspect of people working in the film industry."

As multiple stakeholders had invested in the film, Lee felt the pressure on his shoulders.

Despite the severity of the matter, Lee did not speak to his wife about it.

"If I felt miserable, my wife would be feeling worse. She carried that child for nine months... And I'm not the type who would share with everyone about my unhappy experiences."

Ng subsequently appeared as a guest on the episode and discussed their family plans with Guo.

Ng shared that they had initially planned for four children.

However, the actor noticed that during his wife's third pregnancy, she broke out in rashes, had very bad morning sickness, and had to spend a longer time in bed.

Worried that the fourth pregnancy may be more difficult for his wife, they decided to stop at three.

Lee said that he is already grateful for his three children.