Singaporean singer Joanna Dong had her breakthrough in 2017's edition of "Sing! China", where she emerged second runner-up in the reality talent show.

Since then, Singaporean audiences have noted Dong performing on numerous occasions, including at the 2018 National Day Parade.

But a recent performance at Star Awards 2021 did not go too well for the singer, who received a variety of mean comments from viewers for her rendition of "Moonlight in the City" (城里的月光).

It ranged from mild... 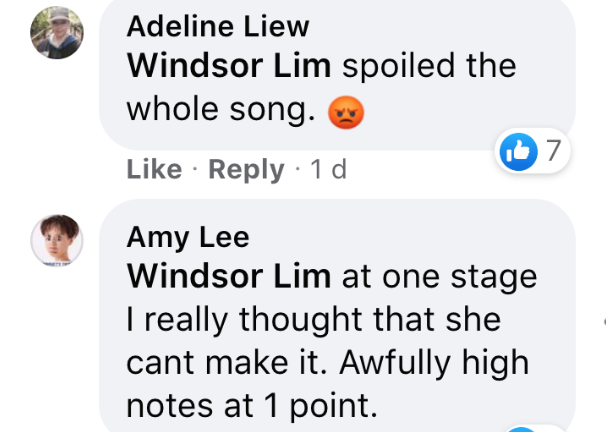 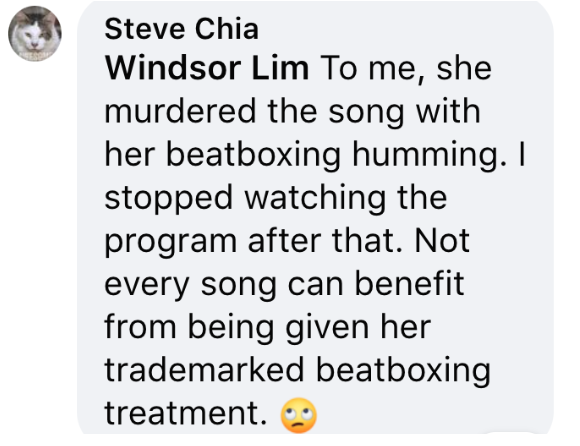 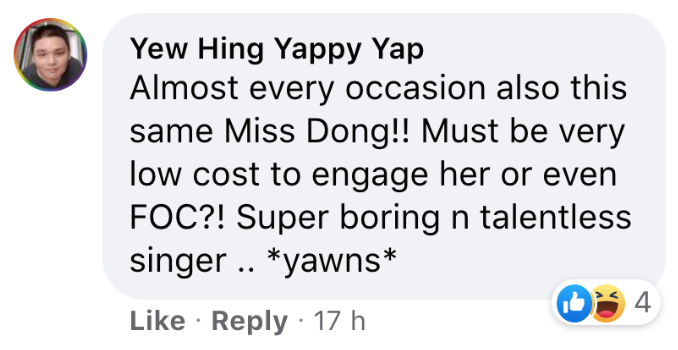 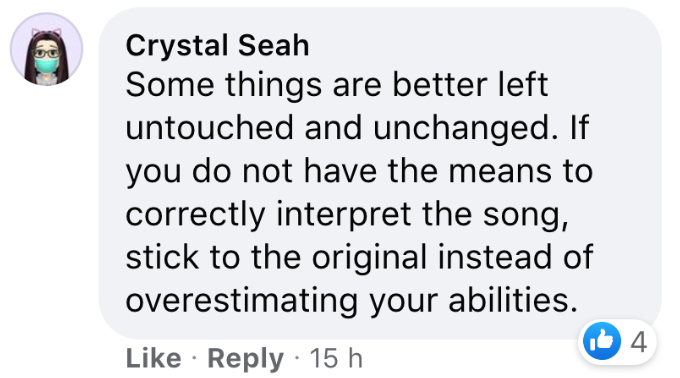 Not all comments were bad, of course. Some expressed their support for Dong as well.

Cried over the comments

Dong wrote on her Instagram Stories early Monday morning (April 19) in reaction to the comments.

In addition to admitting that she had cried over the criticisms, the singer also hit back at the netizens who criticised her.

Dong argued that local artistes have been bearing the brunt of such negativity, as it not only adversely affects their mental health, but also the risk-appetites of show runners in inviting the artistes.

She added that the viewers might have criticised Mavis Hee, the original singer of the song, if she were the one on stage as well. 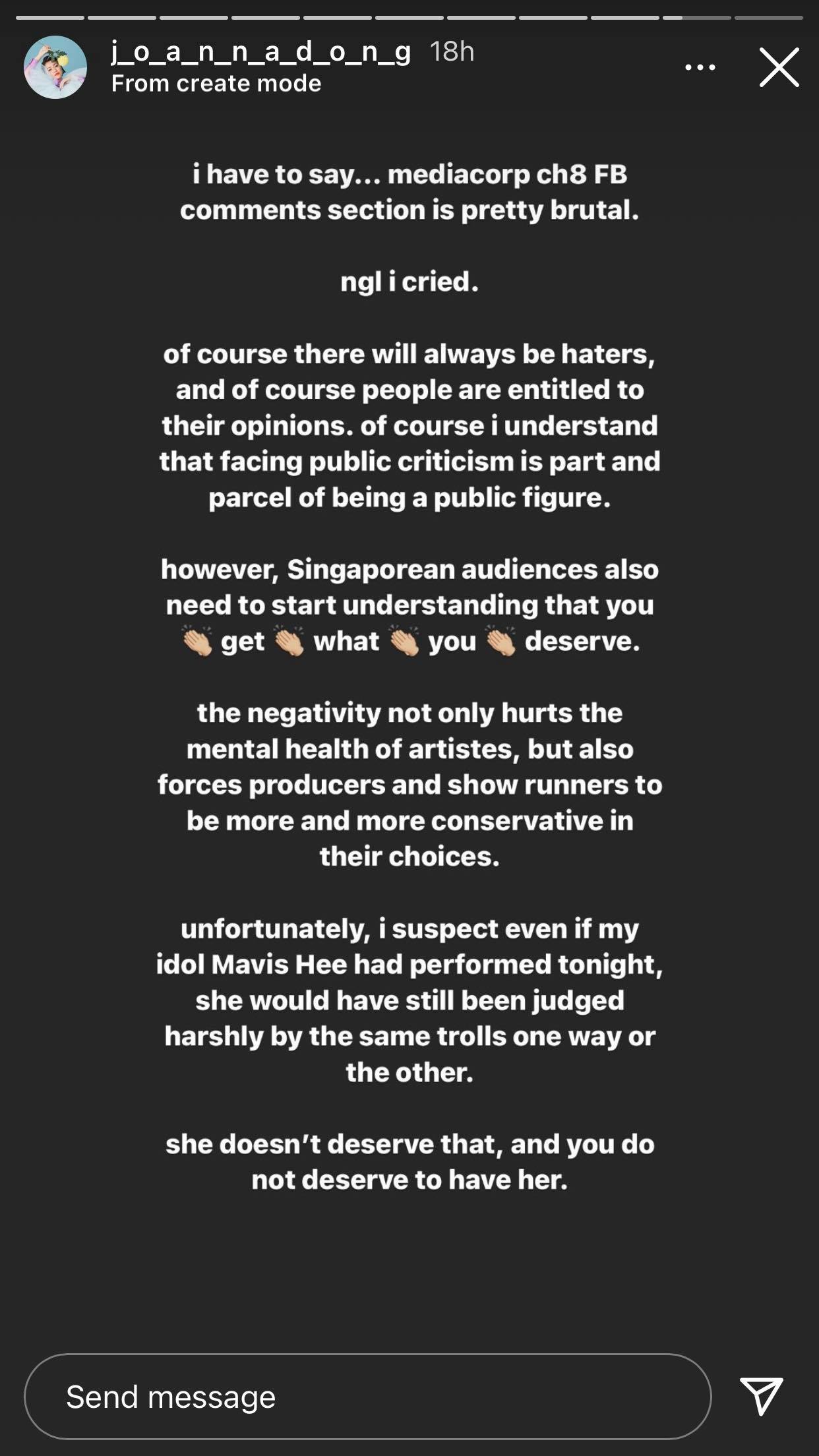 Dong later posted another Story to thank those who had reached out to her: 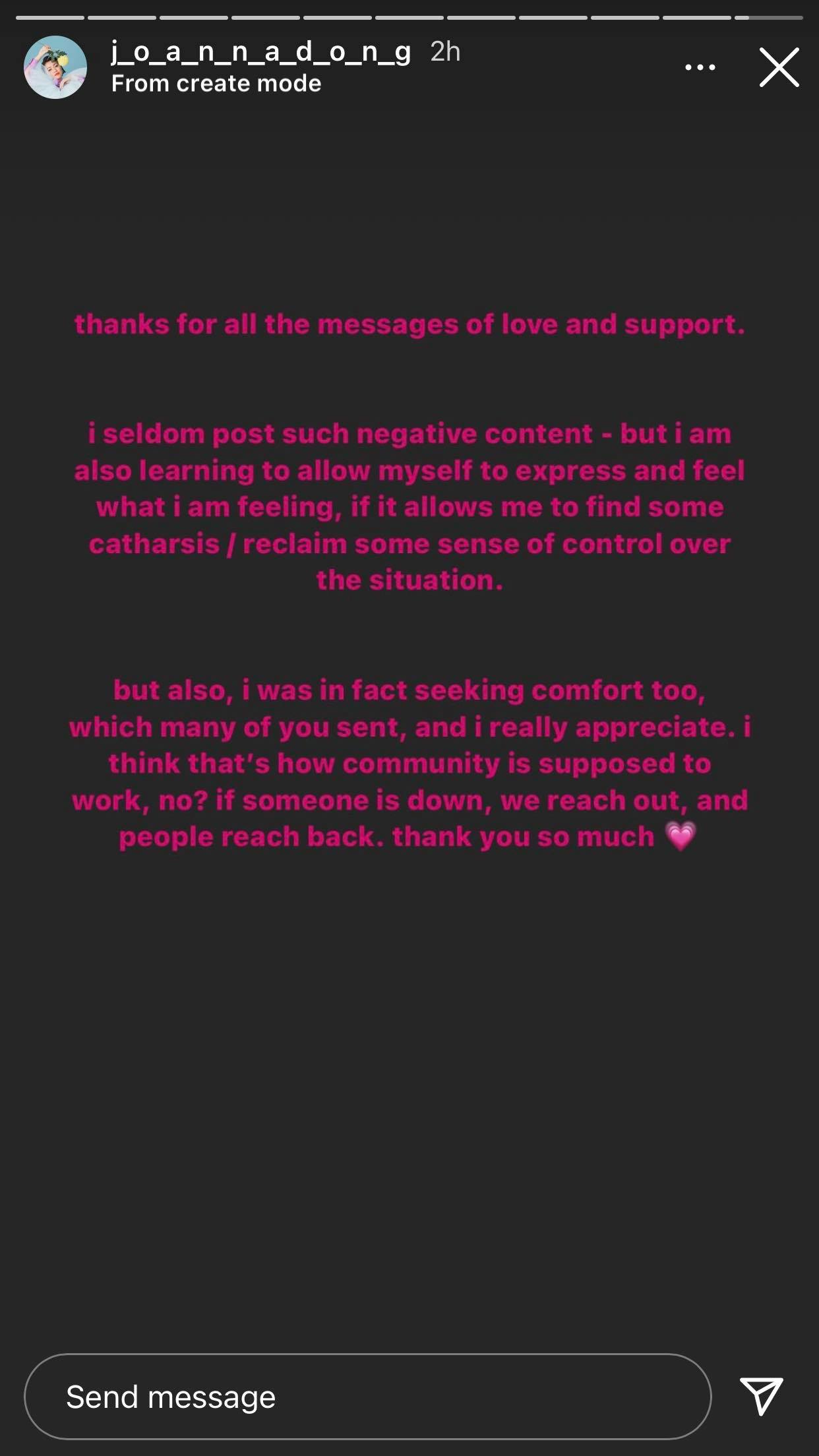 Unfortunately, her posts did not go to well with the commenters, who doubled down in response. 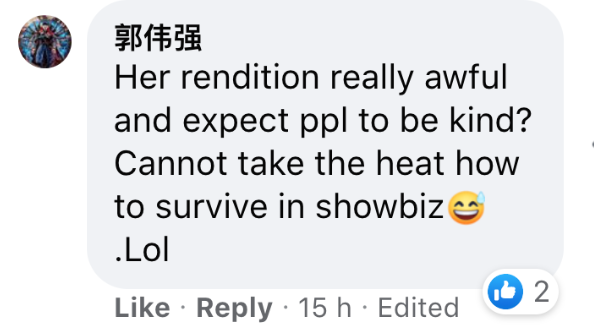