A Singapore GrabFood delivery rider recently got into an absolutely wholesome encounter -- and the whole thing was caught on camera for posterity.

This was thanks to the rider's camera attached to his helmet, which came in handy, as it documented for social media what he got up to as part of his daily rounds.

And in doing so, Sharil Berlandier, a delivery rider in Singapore, amassed over one million views and 260,000 likes on TikTok.

This was after he shared a video on the platform of himself having some fun on a customer's trampoline.

What happened in video?

In the beginning of the clip, the customer living in a landed estate handed Sharil a tip.

Sharil proceeded to ask if he can "bounce on the trampoline for a while".

As expected of any homeowner faced with such a question, the man responded with bewilderment: "Hah really ah, why?"

"Haha, for fun," Sharil replied, and the homeowner gamely gave the go-ahead.

Sharil made his way excitedly over to the trampoline located in the homeowner's garden, giggling all the way.

He let out another chortle before climbing up the short ladder.

There, he paused to mutter to himself if he should take off his shoes before jumping on it.

It appeared that his excitement took over, as he started bouncing — shoes, helmet and all.

Jumping up and down on the trampoline like a kid, Sharil let out a burst of giggles yet again.

After having his fill, he gingerly stepped down from the trampoline and thanked the homeowner before heading off.

Sharil's video inspired numerous comments gushing over how "cute" it was, as well as the happiness he exuded.

Others commented on the homeowner's generosity for letting a stranger use the trampoline. 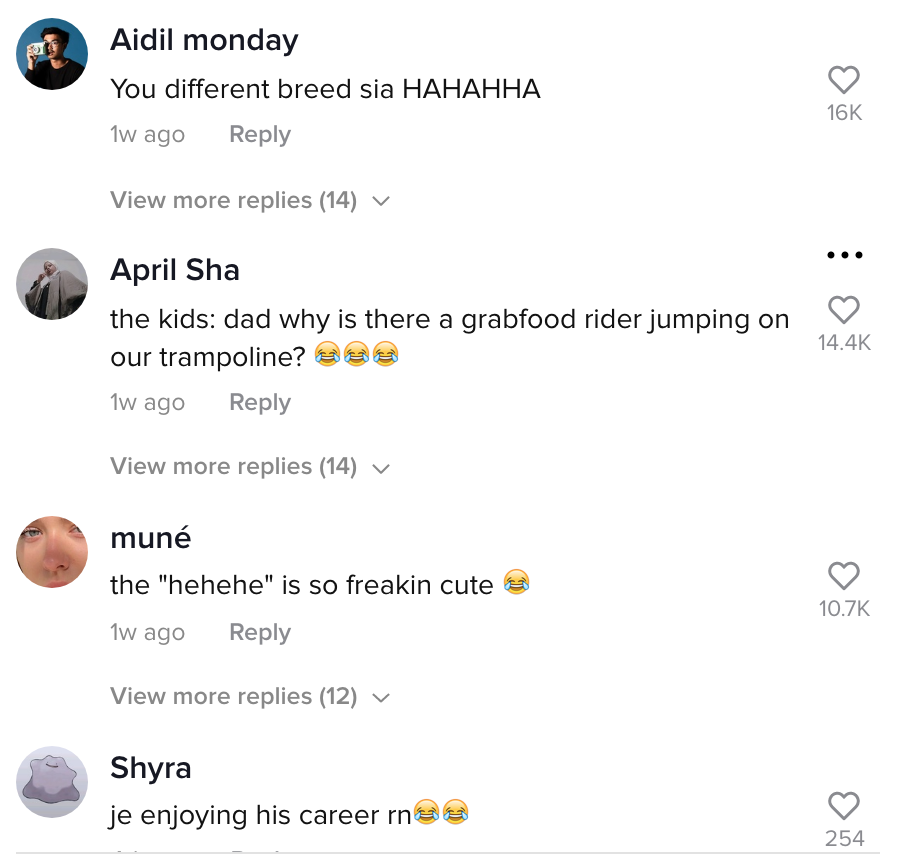 Here's more of what delivery riders in Singapore get up to in the day.

Top photo from sharil b / TikTok