Singapore is undoubtedly a food paradise.

With multicultural influences on our local cuisine, food choices here are abundant and affordable for most.

You can easily get a hot, tasty meal under S$10, or even less, at any hawker centre, eatery, or food court here.

Hawker culture is also an inextricable part of Singapore’s identity -- we even had it added to UNESCO’s intangible cultural heritage list.

However, while these stalls and businesses may be a dime a dozen, many of them come with a long history -- some having lasted for decades.

Perhaps you may have come across them in recent times, whether by word of mouth or through the news.

The famed First Street Teochew Fish Soup stall has appeared in the news after inking a business deal with BreadTalk Group last year, and saw long queues at its new outlet in BreadTalk IHQ, Taiseng.

But the famous fish soup stall has actually been around for much longer, since 1988, when it was first established in Upper Serangoon Road.

The stall in Upper Serangoon is currently being run by his two sons, while William Lim, the stall’s pioneer, can be found hard at work at the BreadTalk IHQ outlet in Tai Seng.

Popularity didn’t come easy for them -- William Lim, the owner of First Street said he was barely able to cover his rent when he first started the business more than three decades ago.

Due to his meagre takings, he also couldn’t afford to pay himself a salary for five years.

But Lim kept his nose to the grindstone, and refined his recipe until queues began to form gradually.

Unlike the usual Teochew fish soup that you would find across Singapore, First Street’s broth is clear, with no milk added. 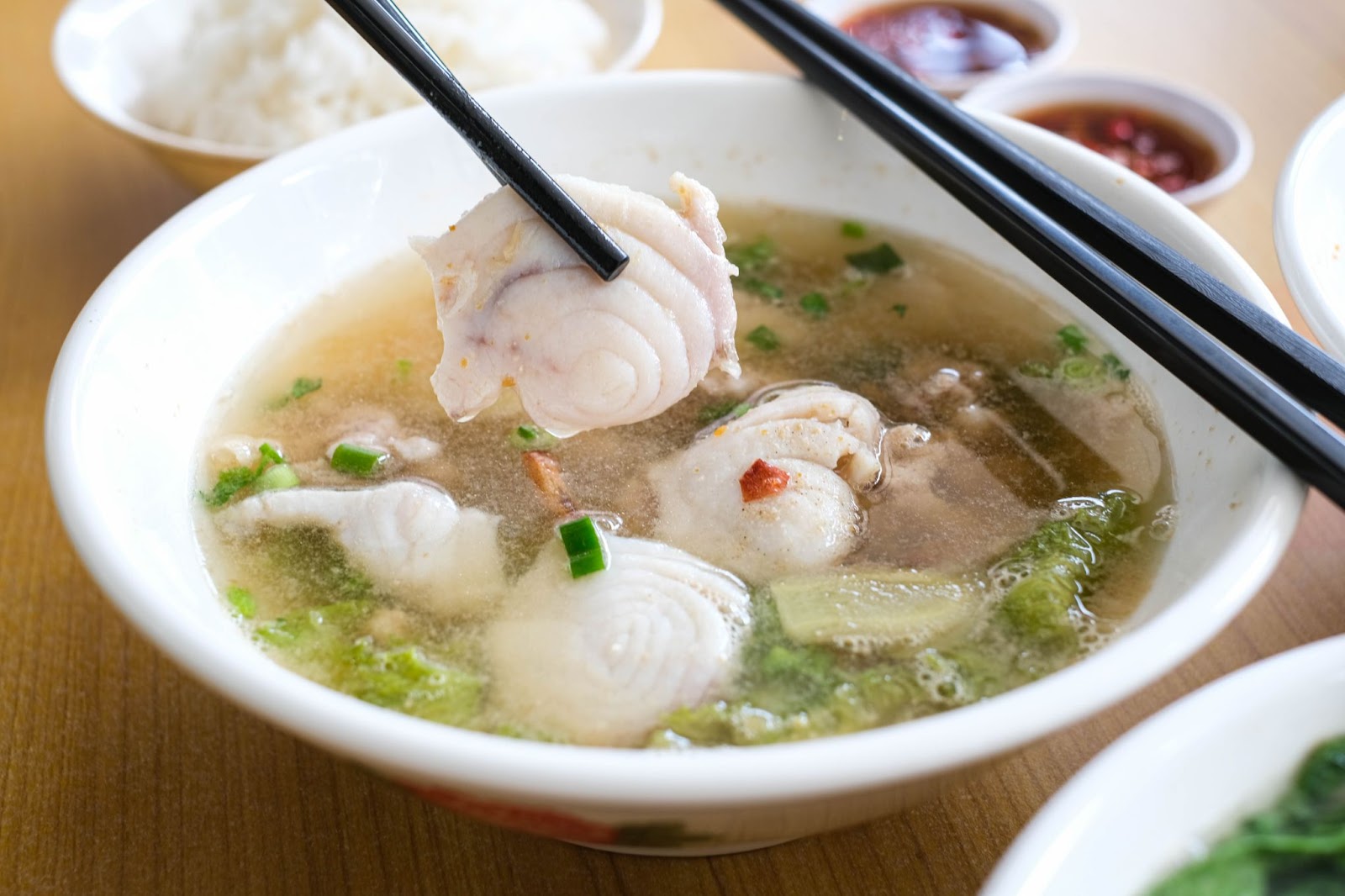 Made up of a blend of fish, chicken, and pork bones simmered for at least four hours, its broth is delightfully packed with flavour.

Another standout feature is its variety of choice in fish -- customers may choose from pomfret, batang fish, and red garoupa fish slices for their bowl of Teochew fish soup.

Lim removes the skin on Batang fish, getting rid of fishy smell that makes their fish soup unique and well-loved by many.

Lim also slices the fish to a standard thickness and de-bones the fish slices, making it safe for kids’ consumption.

In order to ensure consistency of the food served to customers, the staff and chefs managing their new outlet were trained for a long time.

Lim shared that more stalls will only be opened when they are ready.

“Our business requires experience and skill – we must maintain our exacting standards when it comes to product quality and consistency. We have to be the same, or better,” Lim said.

“I remember my regular customers, and I am heartened to see them when they patronise our second outlet in Food Republic @ BreadTalk IHQ,” he said.

Here’s another famous local hawker stall with a long history.

Most chicken rice fans in Singapore would have heard of Chatterbox, the famous chicken rice restaurant at Mandarin Orchard Hotel pioneered in the 70s.

However, few may know that besides the creator of the chicken rice at Chatterbox also started Sergeant Hainanese Chicken Rice.

Currently owned by Food Republic, some may have dined at the famous chicken rice stall located in Food Republic and Food Opera food courts unknowingly. 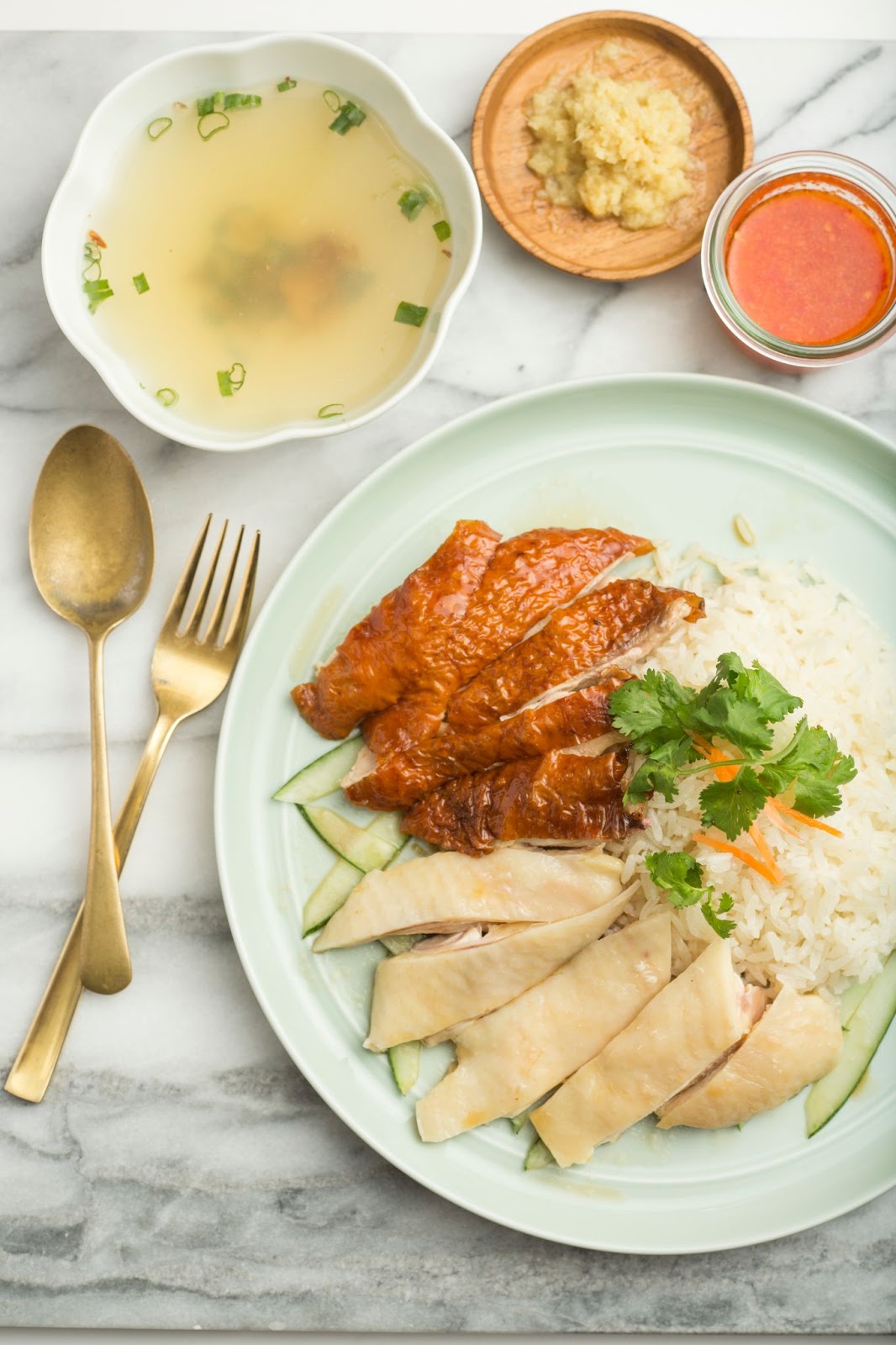 Its attention to detail is also impressive -- high-grade sesame oil is used to enhance the flavour of the chicken , and its chilli sauce is still produced in-house to ensure that quality and freshness are not being compromised.

After over four decades, Sergeant’s brand has gained a strong following overseas as well.

Operating in other Food Republic food atriums in Bangkok, Shanghai, Hong Kong, and other cities around Asia, the team had to learn to work with a variance in raw ingredients only available in those regions, while keeping its flavours as faithful to the original as possible.

To adapt to new palettes both overseas and among younger generations in Singapore, Sergeant has also further expanded its menu in recent years, adding dishes such as ayam penyet and curry noodles to its repertoire as well.

But its chicken rice still remains a fan favourite, as regulars constantly return for its addictive, flavourful rice, the Sergeant team said.

Sergeant was also the official partner and coordinator for the Prime Minister’s Office in contribution to Singapore Day in Melbourne in 2008, Shanghai in 2015 and 2019, San Francisco in 2016, and London in 2018.

First established in 2005, Toast Box has become one of the go-to places for a cup of freshly-brewed Nanyang coffee, two half-boiled eggs, and some kaya butter toast.

The first Toast Box outlet was established in Food Republic at Wisma Atria, before it found its footing and expanded islandwide. 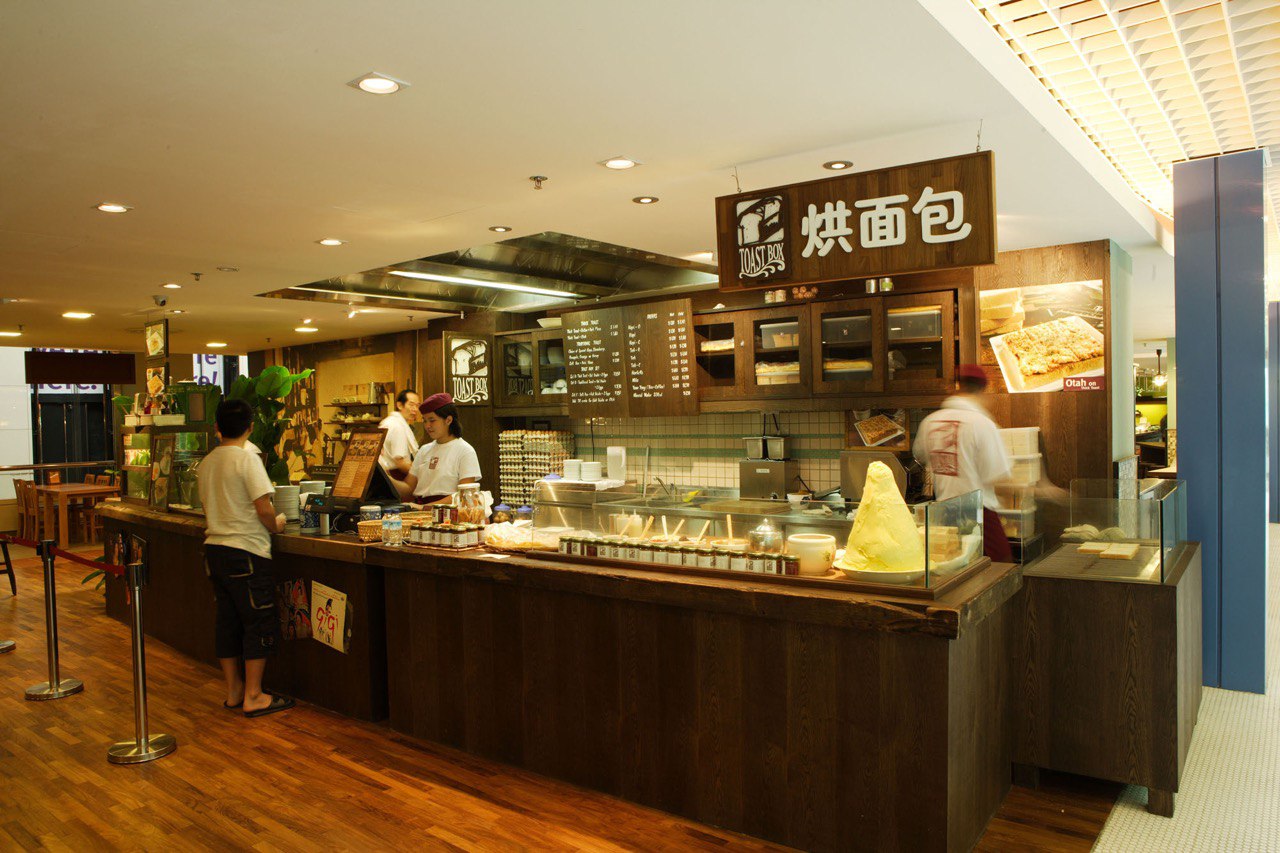 To date, there are more than 80 outlets located in Singapore.

While the chain is the youngest among this lot, it’s got an old soul, carrying the flavours reminiscent of Singapore’s old school Nanyang coffee shops of the 1960s to 1970s.

Toast Box’s signature Nanyang Kopi is a blend of Robusta and Arabica beans, which uses both traditional and modern roasting methods to bring out the best of each bean type.

As the coffee beans are ground right before brewing a new batch of coffee, the quality and fragrance of each cup of kopi could give your modern coffeehouses a run for their money.

While Toast Box finds its roots in Singapore’s earlier days, it has also introduced items outside of traditional favourites in its menu to appeal to a variety of customers, such as Cheesy Ham and Egg Thick Toast and Prawn Noodles Soup. The high quality of these brands under Food Republic has contributed to its recognition at the world stage.

Food Republic was awarded the Brand Of The Year title at the World Branding Awards, a global awards recognition programme dedicated to brands across the world.

It received the National Tier Award that recognised Food Republic as one of the top brands in Singapore.

With this win, Food Republic became the first food court in the world to have won this title.

In line with Singapore’s focus towards preserving its hawker culture, food courts like Food Republic play a significant role in keeping this heritage alive.

As the first food court brand in Singapore to accept contactless payments and a Mix & Match delivery service that enables customers to order from different stalls in one order at a single delivery fee, it has provided customers with greater convenience during mealtimes.

With top street hawkers including First Street, Sergeant, and other notable stalls such as Blanco Court Beef Noodles and Lam’s Abalone Noodles , it’s no surprise that the quality of local hawker spreads at Food Republic food courts are impressive.

Perhaps, with its expansion overseas, Singaporeans around the world will always be able to get a taste of home everywhere they go.

This article by Food Republic has changed this writer’s mind about food courts.