Many in Singapore chose to start off their long weekend with a trip to a nature park or going on a hiking trail.

With one post comparing it to a traffic situation, while another humorously juxtaposed the lines at the nature trails for the usual traffic lines at the causeway right before a long weekend (pre-Covid of course).

A Lianhe Wanbao reporter who had gone down to the recently reopened stretch of the Rail Corridor near King Albert Park MRT also noticed a substantial number of people there.

Parents who Wanbao talked to appreciated the abundance of nature but were taken aback by the number of people there.

Other visitors said that it was their first time visiting the park.

After trail enhancement work, the central stretch of the Rail Corridor now features new entry points, while heritage landmarks have been restored.

Another person, Jia Xiang, who was somewhere between Rail Mall and the Old Bukit Timah railway at 9.30am also noted to Mothership the number of people there.

Facebook group X-Trekkers advised hikers to avoid Rail Corridor during peak hours, and shared a photo of what appears to depict crowds at the location.

Advisory for safe distancing in parks

In an advisory, National Parks Board (NParks) advised the public to keep to groups of not more than eight people, while observing a safe distance of at least one metre between members of the group, and other visitors.

Even now, there are quite a number of areas facing high visitorship status (the orange squares): 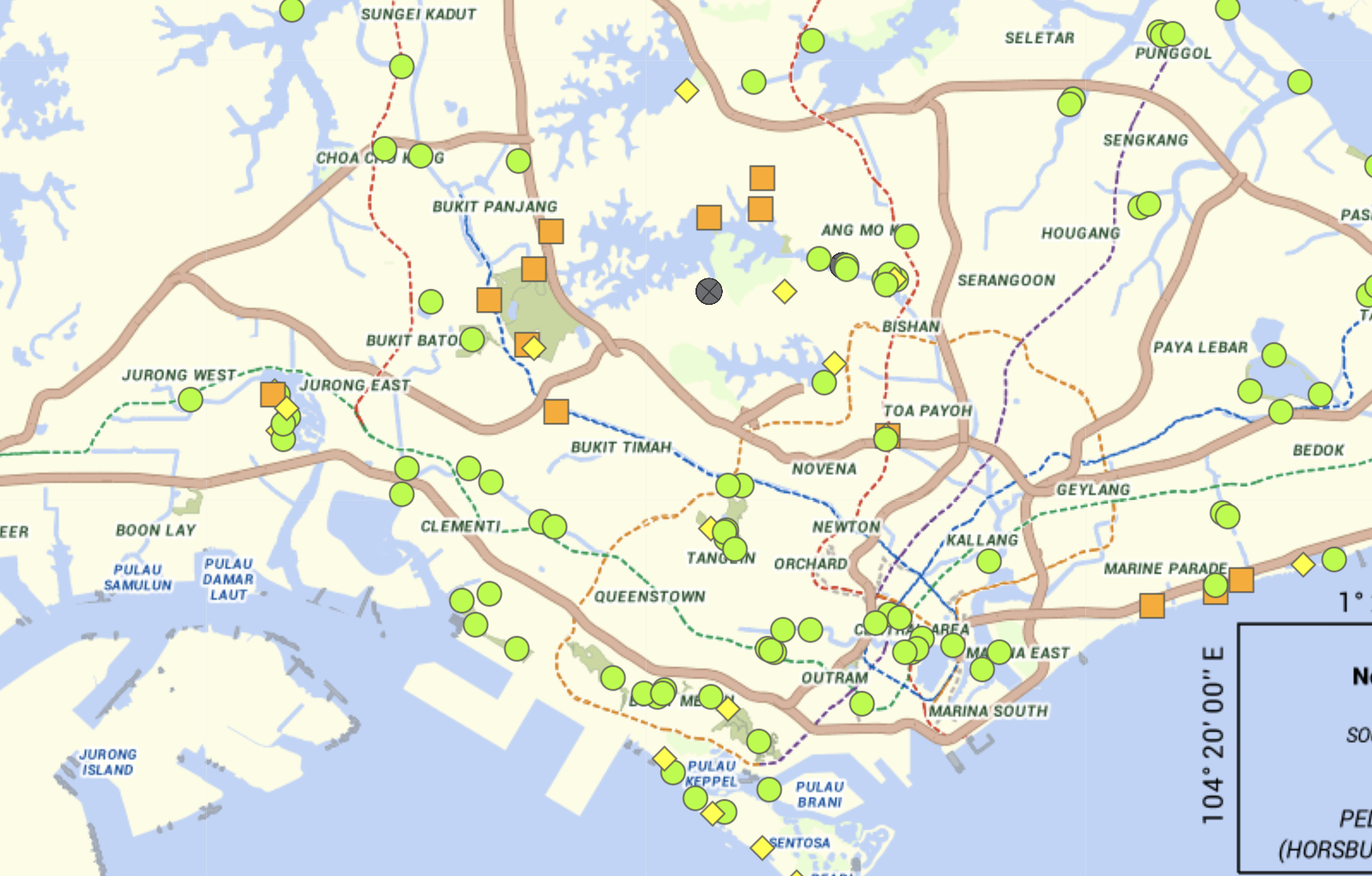 Some of these places include Bukit Timah Railway Station, Chestnut Park, and even Thomson Nature Park, which doesn't usually have this number of people there. Masks should also be worn, except when engaging in strenuous exercises or consuming food, drink or medication.

Social and recreational activities like picnics, photography, taichi and kite-flying are permitted, as long as there are not more than eight in a group.

You can check the visitorship status of parks before heading down as well.