The Ministry of Health (MOH) has confirmed 39 new cases of Covid-19 infection in Singapore as of 12pm on Friday (April 23).

Two in the community

There are two cases in the community who are currently unlinked.

Case 62285 is a 33-year-old male Indonesia national who is a sea crew on board a bunker tanker. He arrived by flight from Indonesia on February 4 and had served the Stay-Home Notice (SHN) at a dedicated facility until February 18.

He is asymptomatic, and was detected when tested onboard on April 20 as part of the Maritime and Port Authority of Singapore’s protocol to test sea crew.

He received his first dose of Covid-19 vaccination on April 16. As the vaccine does not contain live virus, he could not have been infected due to vaccination.

Case 62294 is a 38-year-old male Indonesia national. He is a Short-Term Visit Pass holder in Singapore for a work project.

He arrived from Indonesia on March 28 and served SHN at a dedicated facility until April 11.

His on-arrival test and swab taken during SHN on April 10 were negative for Covid-19.

He is asymptomatic, and was detected when he took a Covid-19 pre-departure test on April 22 in preparation for his trip back to Indonesia.

He received his first dose of Covid-19 vaccine on March 4, and the second dose on March 18 in Indonesia.

There is one case detected in a dormitory today who is currently unlinked.

Case 62273 is a 21-year-old male India national. He is a Work Permit holder who arrived in Singapore in October 2018.

He is asymptomatic, and was detected when tested on April 19 as part of Rostered Routine Testing (RRT).

He was subsequently conveyed to NCID in an ambulance.

His earlier tests from RRT – the last being on April 12 – were all negative for Covid-19 infection. His serology test result has come back positive.

He received his first dose of Covid-19 vaccine on March 11, and the second dose on April 1. This likely accounts for his lack of symptoms and positive serology test result.

There are 36 imported cases, who had already been placed on Stay-Home Notice (SHN) upon arrival in Singapore.

Amongst the imported cases:

10 more cases of Covid-19 infection have been discharged from hospitals or community isolation facilities.

Three new locations were added to the list on Apr. 23. 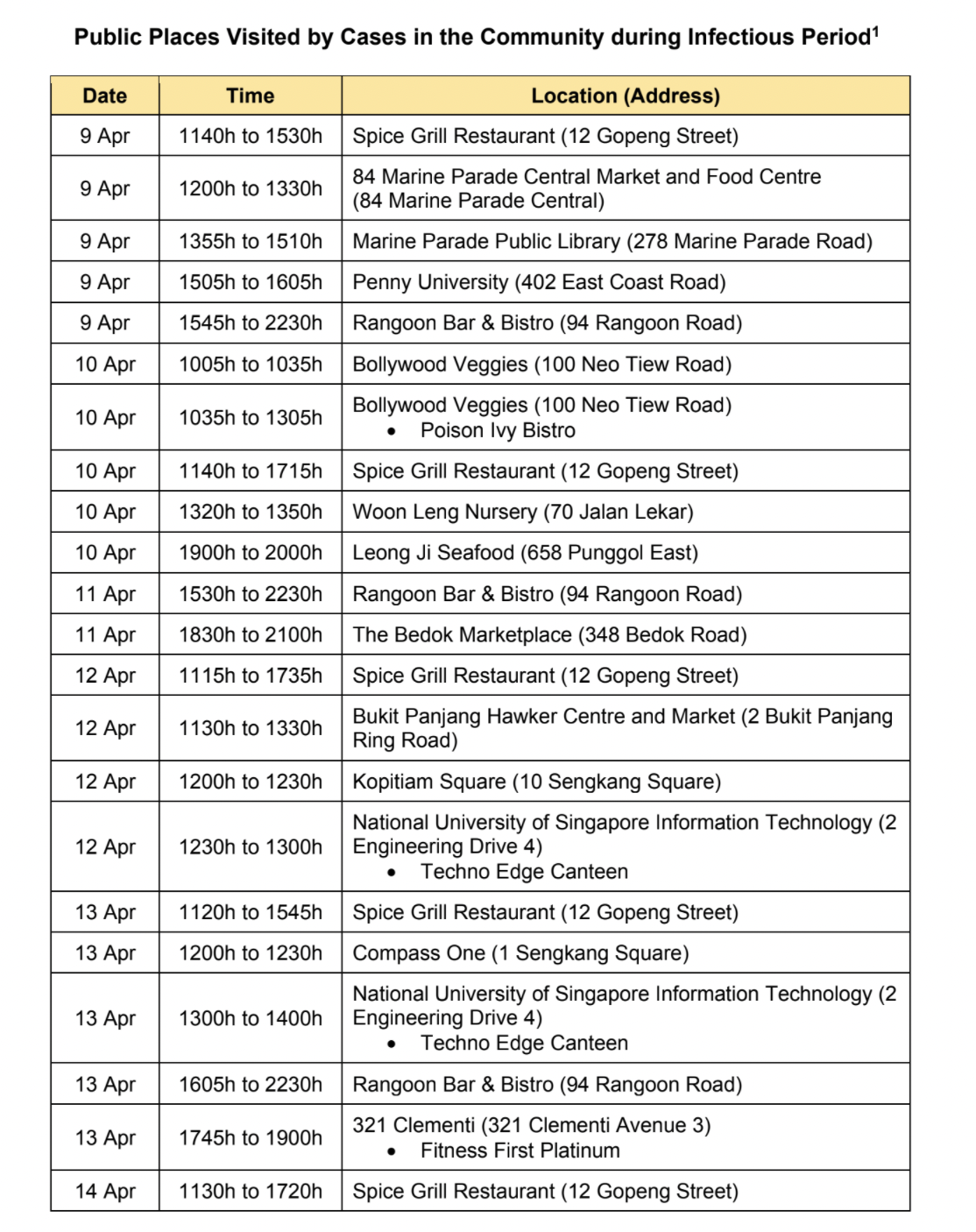 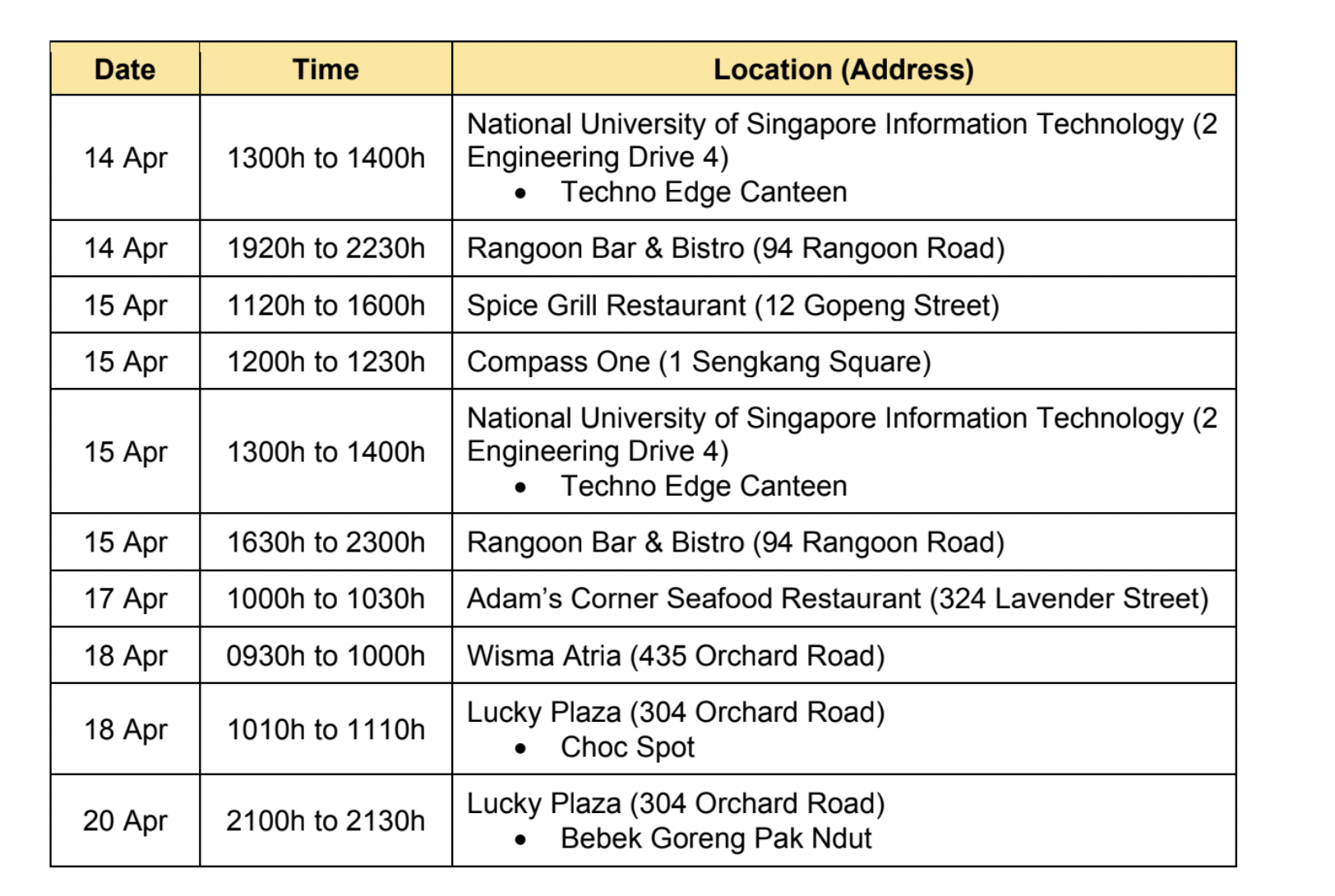