[Editor's note, May 1, 12:30pm: This article has been updated with a new Annex A, following an amended MOH press release on May 1.]

On Friday (Apr. 30), the Ministry of Health (MOH) announced tighter precautionary measures to reduce the spread from undetected cases in the community.

All public places visited by the cases linked to the cluster at Tan Tock Seng Hospital (TTSH) during their likely infectious period will be closed for cleaning for two days.

This is also to facilitate the testing of staff at the affected places, for surveillance against further spread.

Here is the list of locations affected, including locations within malls like Junction 8, [email protected] and 100AM. 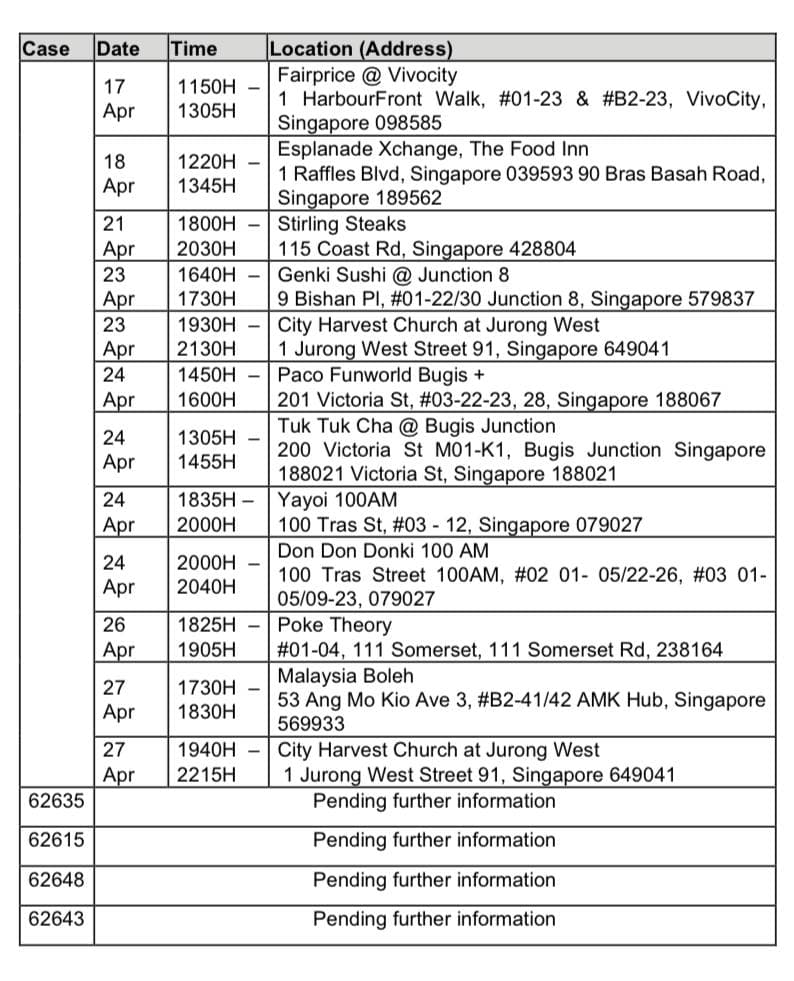 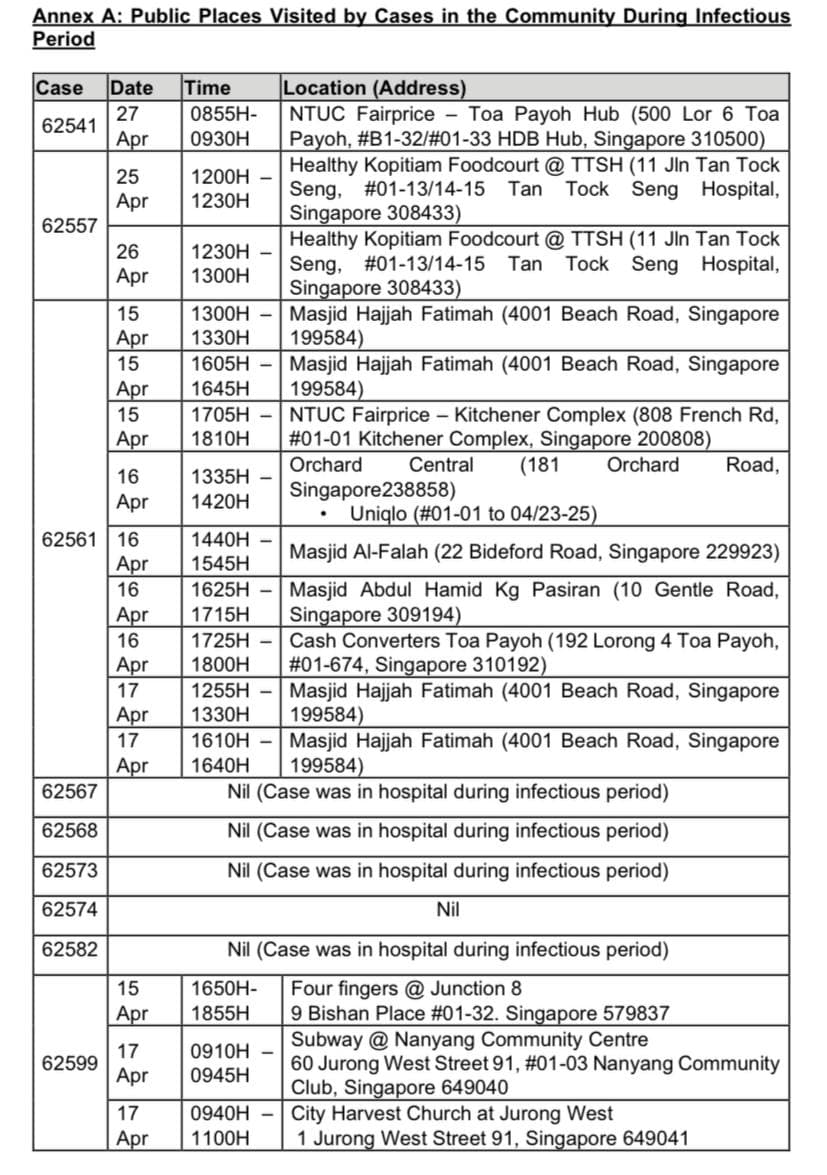 MOH has said that in previous press releases that there is no need to avoid places where confirmed cases of Covid-19 have been.

The National Environment Agency will also engage the management of affected premises to provide guidance on cleaning and disinfection.

In a press conference held on Friday (Apr. 30), Multi-Ministry Taskforce co-chair Lawrence Wong said that for people who may have visited these locations and been exposed to the infected cases during the time they were there, they are not considered close contacts.

Instead, those identified as having possible exposure to the infected cases will be alerted via SMS, to monitor their own health.

They will also be encouraged to get themselves tested for Covid-19, free of charge.

Additional measures were also announced by the ministry, which will be implemented from May 1 to May 14, 2021.

The occupancy limit will be reduced to one person per 10 sqm of Gross Floor Area (GFA), from one person per 8 sqm of GFA at malls and large standalone stores.

At Lucky Plaza and Peninsula Plaza, the odd and even date entry restrictions on Sundays will be reinstated.

Outdoor barbecue pits and campsite will be closed to the public. This includes barbecue pits in parks, HDB estates, condominiums and country clubs.

With effect from May 7 to May 14,  all attractions that have received MTI’s prior approval will be permitted to operate at 50 per cent operating capacity, a reduction from 65 per cent.

These announcements are following a spike in community Covid-19 cases in Singapore, with a Tan Tock Seng Hospital cluster and an Immigration & Checkpoints Authority (ICA) cluster being announced recently.

On Apr. 28, a 46-year-old nurse working at TTSH was confirmed to be positive. She was deployed at Ward 9D, a general ward.

On Apr. 29, eight more cases were found to be linked to the TTSH cluster. Out of the eight, two are Tan Tock Seng Hospital (TTSH) staff. One was a trainee, deployed at ward 9D, the other was a doctor who saw patients in ward 9D.

The other six are patients who were warded in Ward 9D.

On Apr. 30, another four confirmed Covid-19 cases were found to be linked to the cluster.

An ICA officer deployed at Changi Airport Terminal 1 was confirmed as a Covid-19 case on Apr. 28. He had sought medical treatment at Tan Tock Seng Hospital.

On Apr. 29, seven more cases cases were found to be linked to the ICA cluster. The cases involve family members of the ICA officer, and had already been placed on quarantine earlier.

All eight of them had gathered for a meal on Apr. 25, where transmission was likely to have taken place.