A Commonwealth Secondary School biology teacher was called upon to handle the carcass of an adult male civet found dead just outside the perimeter of the school on March 29.

The teacher, identified as Jacob Tan in a Facebook post on the incident by the school, was described as "a first responder for wildlife rescue in our school".

But in this instance, he played more of a salvage role as he had to retrieve the body of a mammal the size of a large domestic cat. 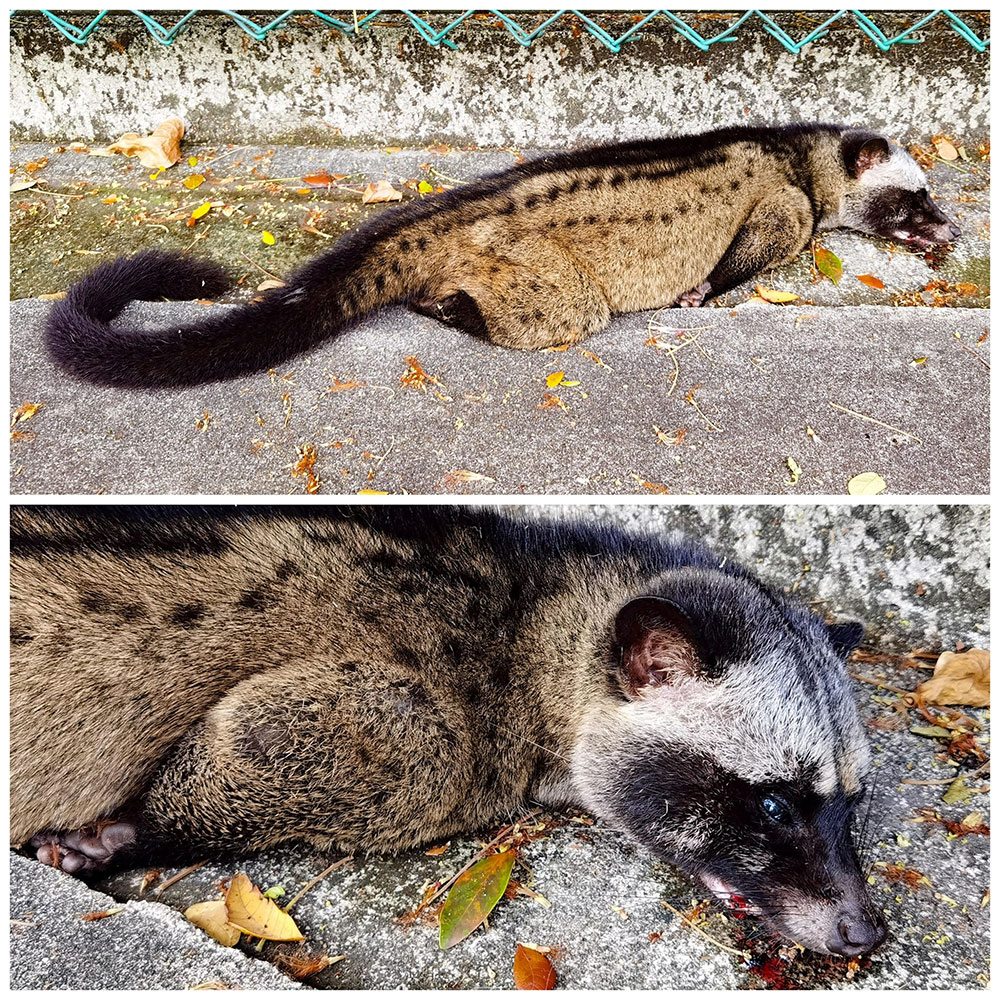 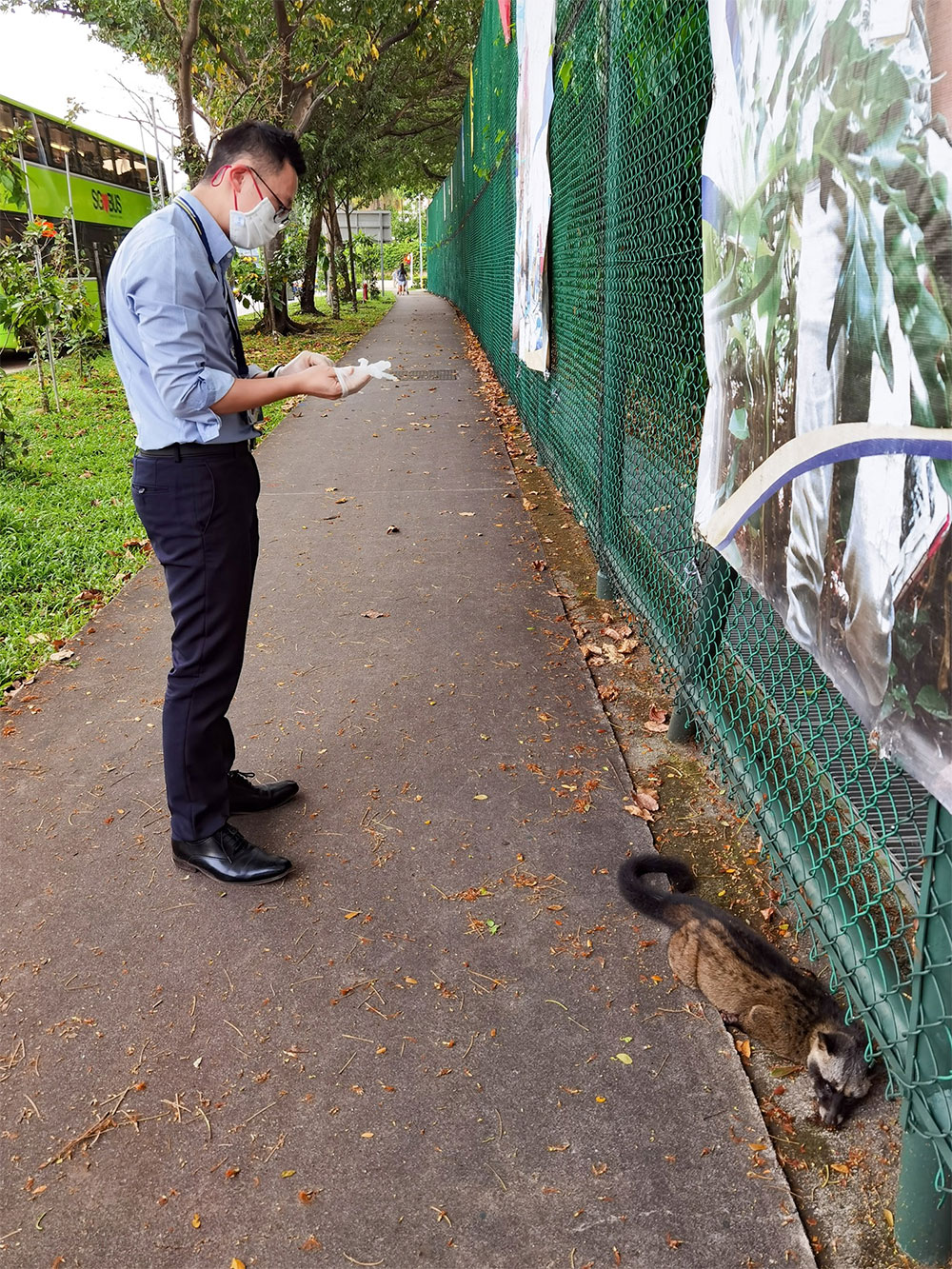 The post read: "Coincidentally, the carcass was found right under our banner for Environmental Education on the school fence. It was as though the Common Palm Civet wanted us to bring awareness of its presence in our City in Nature, and the issue of roadkill."

Based on the photos, the dead civet appeared to have achieved rigor mortis as its body had stiffened.

Blood could also be seen coming out of the animal's mouth.

According to the pathological findings from the National Parks Board, the civet died from blunt impact injuries, which may have resulted from vehicle contact.

Civets are native to Singapore and are also known as civet cats, Toddy cats, or musang in Malay.

One particular species, the Common Palm Civet, can be found on the island.

Contrary to their name, they are not cats and are instead more closely related to mongooses.

These creatures, which may look slightly similar to raccoons due to the dark band across their face, usually feed on fruits, insects and small animals.

What to do when you see a civet

Here's what you should do if you ever encounter a civet:

1. Do not be alarmed as the civets are shy and will try to stay out of sight so just leave them alone. If you are really interested, you can watch them from a distance and do not try to corner or chase them.

2. Civets may eat leftover cat food that is left out in the open, so do keep your pets' food indoor if civets are sighted near your neighbourhood.

3. If you find baby civets in your property, leave them alone as the mother will respond to them when they cry. The baby civets will start venturing out within two or three months after birth. After that, they will follow their mother to forage and will move out of your property eventually.