Update: A previous version of this article reported that Killiney's food truck is available at New Tech Park, as reported by the chain's Facebook page. Killiney has since revised its own Facebook post to say that it is no longer doing so.

The Toast Box Kopi Van is a thing, apparently.

Residents in some condominiums might have spotted it within the past year:

It offers a wide selection of food items, such as hot beverages, toast, noodles, rice, and even BreadTalk buns.

Here are some of the items that you can order from the van: 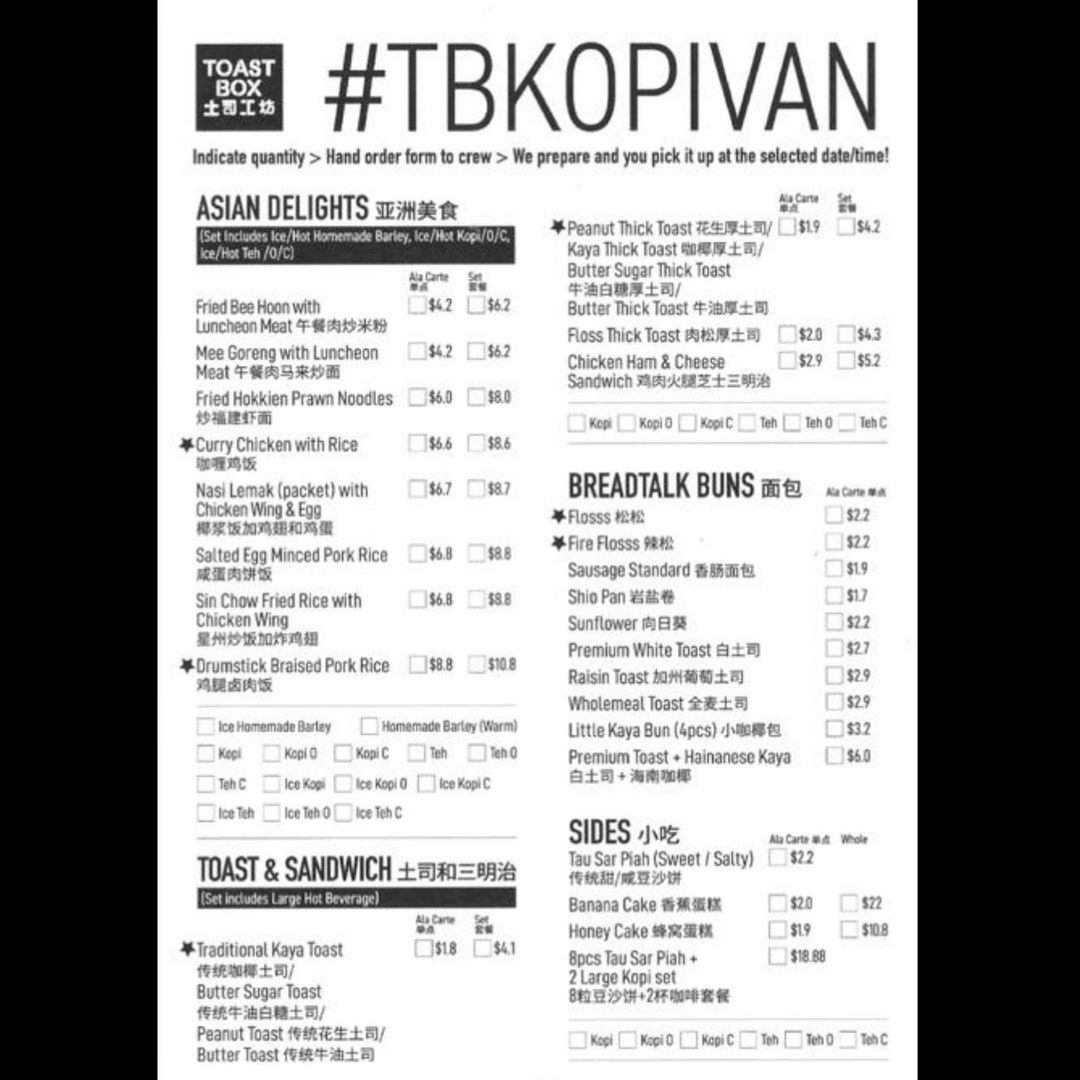 The Toast Box Kopi Van started appearing in May 2020, to provide convenience for customers who were not able to travel out of their house during the pandemic.

"Since launch, we have received overwhelming positive response to this concept. Hence, we've also evolved the van concept over the past couple of months in order to better meet our operational requirements."

Currently, the Toast Box Kopi Van only appears on private properties. Toast Box told Mothership that this is due to "government regulations and restrictions".

However, the van has been able to visit public places like Sentosa when they can get special approval from venue owners.

Here are the locations the van will go to until the end of March: 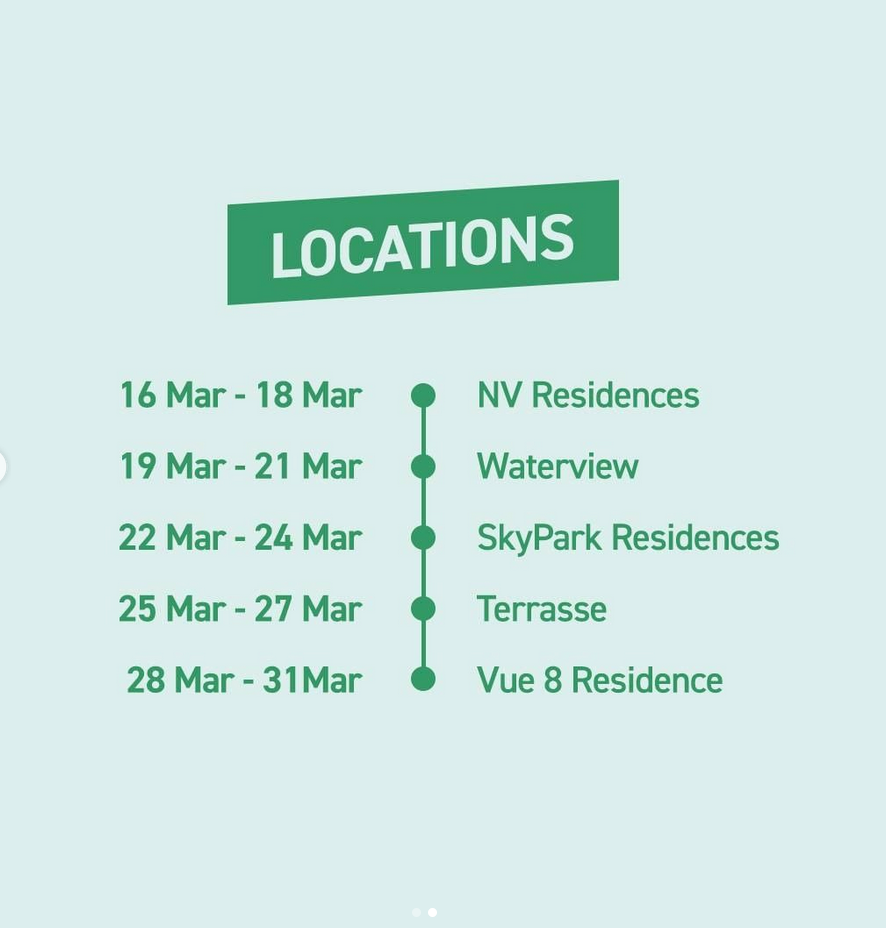 If you would like the Toast Box Kopi Van to come to your estate, you can write to [email protected]

The van's schedule will be updated on Toast Box's social media pages regularly.

Toast Box is not the only kopi chain to launch a mobile van. Killiney also launched its own food truck which, unlike Toast Box's, appears at fixed destinations. 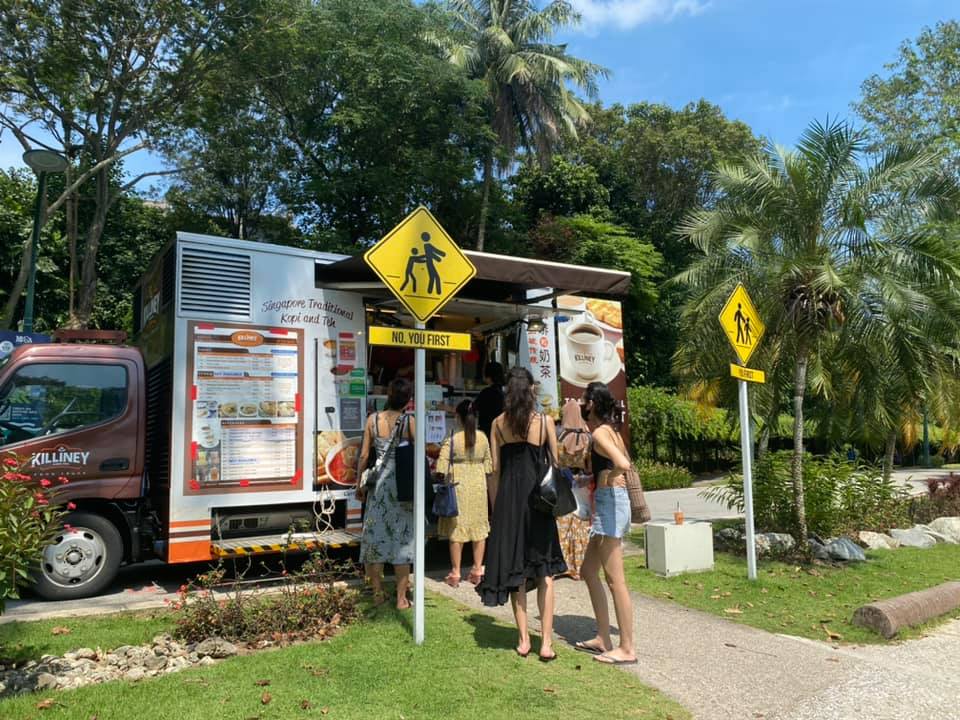 You can find the Killiney Food Truck at the National Sailing Centre in East Coast daily. It also appears at Sentosa's Palawan Beach on weekends.