A 19-year-old Myanmar teenager was shot in the head on Wednesday, Mar. 3, during the bloodiest day of crackdown on protests that had erupted since the Feb. 1 coup.

She had died from her injuries.

Knew that she might die if she joined the protests

Several news outlets, including The Washington Post and news.com.au, confirmed her death.

The girl, Ma Kyal Sin, also known as "Angel", was wearing a black t-shirt with the words "Everything will be okay" on the day of the protest.

Another fallen star, shot in the neck by the Junta. 💔 Her name was Ma Kyal Sin. Only 19.. Rest In Peace sister. You are forever our hero. 📍Mandalay. #Mar3Coup #CrimesAgainstHumanity #WhatsHappeningInMyanmar pic.twitter.com/Iz11wt8hHO

Angel, who was a dancer and a taekwondo practitioner before her death, had kicked open a water pipe during the protest so protesters could wash tear gas from their eyes, a protester told Reuters. 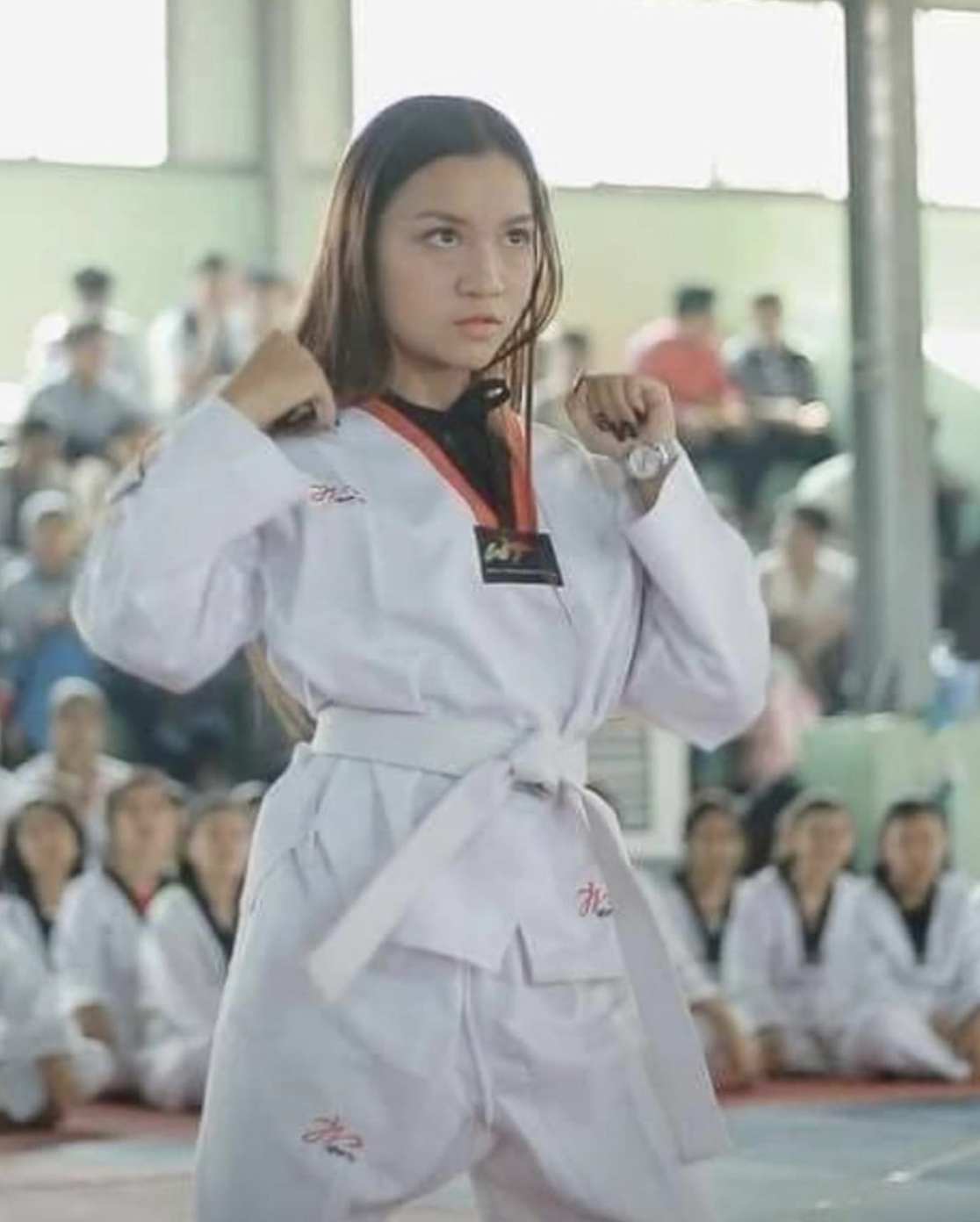 In videos captured while protesters faced off against the armed authorities, Angel could be heard shouting "We won't run." 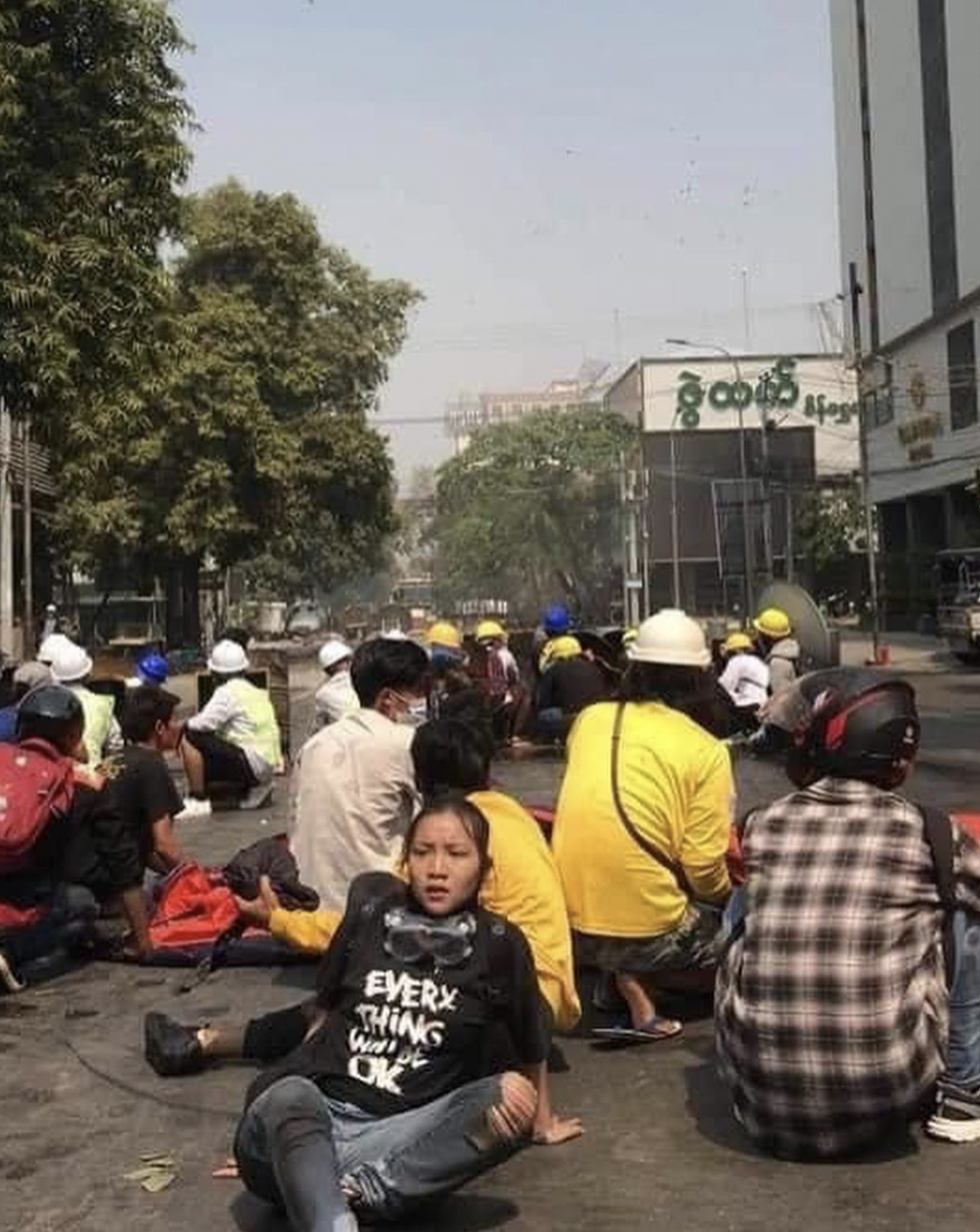 Wanted her body donated if she were killed

Angel previously took part in the country's election in November 2020, sharing a post on social media which read, "My very first vote, from the bottom of my heart. I did my duty for my country."

It was the results of that election, which saw a victory for the National League for Democracy, that the military regime disputed, and perhaps led them to conduct the coup to topple the civilian government.

Before joining the protests, Angel knew she would be risking her life.

She had taken to Facebook to post her medical details and request for her body to be donated if she were killed.

After she passed away, her friend shared a text message that she had sent before she joined the protests.

The message read: "This might be the last time I say this. Love you so much. Don't forget."

She was an only daughter of her family.
The bond she had with her father was rare, beautiful and special.
We won’t forget what u did for our country. Your father and all of us are proud of you. R.I.P ma Kyal Sin and thank you.#Mar3Coup #WhatsHappeningInMyanmar pic.twitter.com/5uueiJ2u0o

Attendees at her funeral, which was conducted on Thursday, Mar. 4, came bearing flowers, and held up three-finger salutes as a gesture of defiance against the military.

The funeral of Ma Kyal Sin from Mandalay.She was killed yesterday by a terrorist bullet.

Other Myanmar citizens also mourned her death, with tributes pouring in for her on social media.

RIP Ma Kyal Sin. One of many shot by the Myanmar military today. I'm so sad & wish that I could do more than paint these pictures. Int'l community don't look away. Keep the pressure on. It is the least we can do for the people of Myanmar. #MilkTeaAlliance #WhatsHappeningInMyanmar pic.twitter.com/FsjfUmYhf1

According to the United Nations, at least 38 protesters died during the "bloodiest" day of crackdown since the coup happened.

In an attempt to disperse the crowds and to deter people from demonstrating on the streets, the military had first fired rubber bullets, before firing live rounds at the protesters, Frontier Magazine reported.

4/ At around 10am, police fired tear gas and rubber bullets to disperse the crowd, but there were no reports of injuries. People gathered at the same place shortly afterwards and resumed their sit-in protest. Several hours later, security forces opened fire with live rounds. pic.twitter.com/JvXAbMgNNO

Singapore condemns use of violence

Singapore has condemned the use of violence in the ongoing political crisis in Myanmar, with Foreign Affairs Minister Vivian Balakrishnan saying live rounds should not be fired on unarmed civilians under any circumstances.

Prime Minister Lee Hsien Loong had also said the use of lethal force on protesters is "not acceptable".

However, he reiterated that widespread sanctions will only hurt the ordinary people, and cast doubt on the possibility of foreign intervention in the country, saying outsiders have "very little influence" when it comes to Myanmar's stakeholders working towards a peaceful political resolution.

Singapore, along with three other Asean nations -- Indonesia, Malaysia and the Philippines -- called for the release of State Counsellor Aung San Suu Kyi and other detained National League for Democracy leaders.