Qing Ming festival takes place on Apr. 4, 2021 and as per usual in its lead-up, crowds of people have been heading to Mandai Columbarium to pay their respects to the deceased.

As a result, heavy traffic jams were observed on the roads heading towards the columbarium.

In response to this, NEA has urged visitors to check real-time traffic conditions before heading down.

Several visitors to the columbarium lamented on Facebook on Mar. 29 and 30 about the congestion they faced, with one commenter describing it as a "massive traffic jam" and another commenter in a Facebook group for Grab drivers stating he had been stuck in the area for an hour. 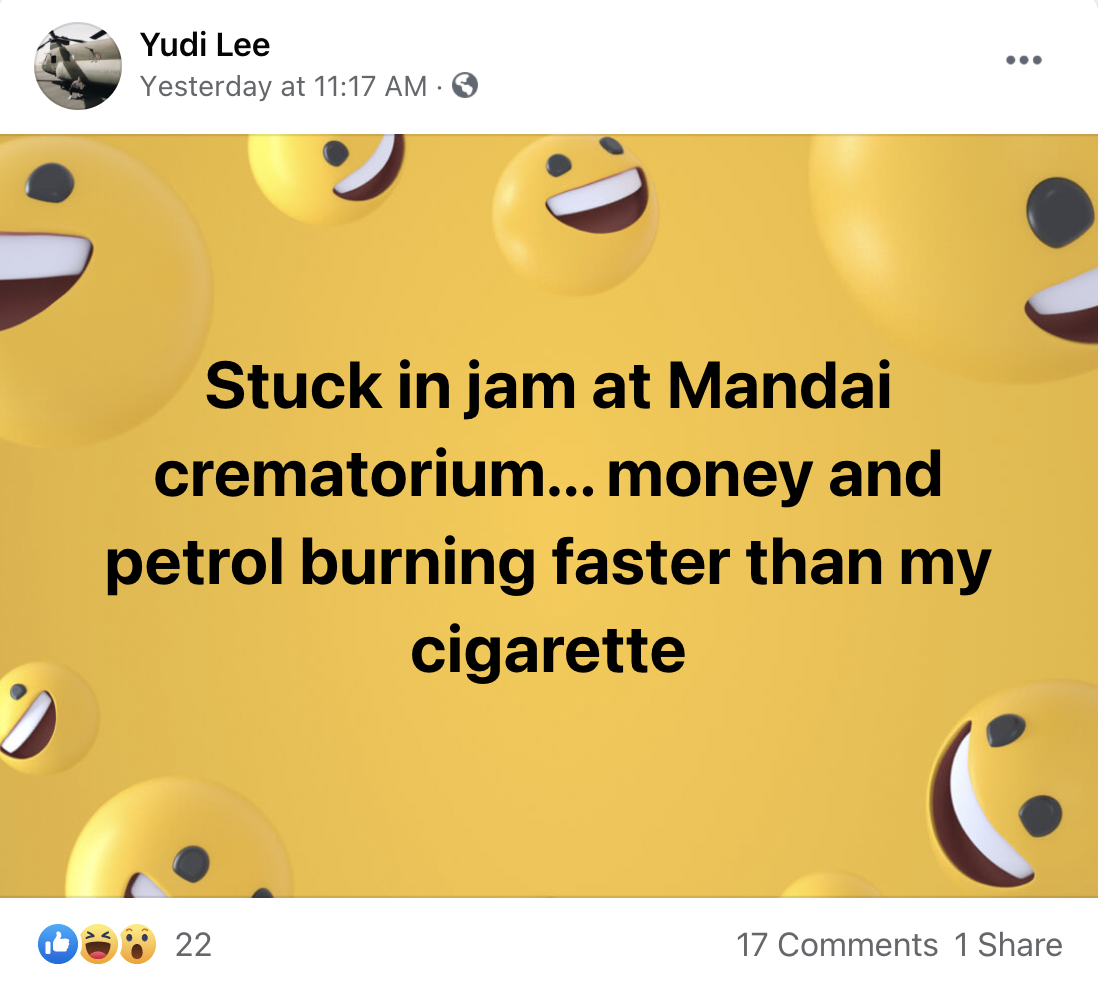 One person also shared photos of the high volume of traffic experienced, with vehicles snaking out all the way to Mandai Road and Mandai Avenue.

When CNA went down on Mar. 30, they observed that traffic started to build up at around 9:10am.

By 9.30am, there was a queue of cars stretching from the road outside the complex to the inner drop-off point.

The traffic jam subsequently worsened at around 10am, and CNA estimated that there were around 150 cars in the queue.

Most visitors CNA spoke to revealed that they had to wait around half an hour to arrive or leave.

However, Mothership understands that smooth traffic was observed from 1pm for the past two days, and that congestion appears to mainly occur in the mornings.

Columbarium apparently empty a week ago

Just over a week ago, the roads were apparently devoid of vehicles and there was no congestion, with Zaobao reporting that there was no jam on the morning of Mar. 20.

Photos posted online a day after showed the passageways and burning areas completely empty as well.

In light of Qing Ming and the Covid-19 pandemic, the National Environment Agency (NEA) previously implemented certain measures to control the crowds at Mandai.

Those visiting the Mandai Columbarium on weekends and the upcoming public holiday, Good Friday, are required to make an e-booking here.

NEA will also be providing real-time updates on traffic conditions outside Mandai and Choa Chu Kang Columbaria via www.nea.gov.sg/qingming2021. NEA advises members of the public to check the updates before heading down.

According to the NEA e-booking site, there are no more slots available on Apr. 2 (Good Friday) and Apr. 4, and only 5.4 per cent of slots are left on Apr. 3.

Nevertheless, more than one-third of the slots are available on Apr. 10 and Apr. 11.

NEA has also urged visitors to abide by safe management measures, such as minimising the group size to two pax per household, avoid crowding around the joss paper and incense burning areas, as well as to take public transport or carpool.

For more details, you can check out NEA's infographic here. 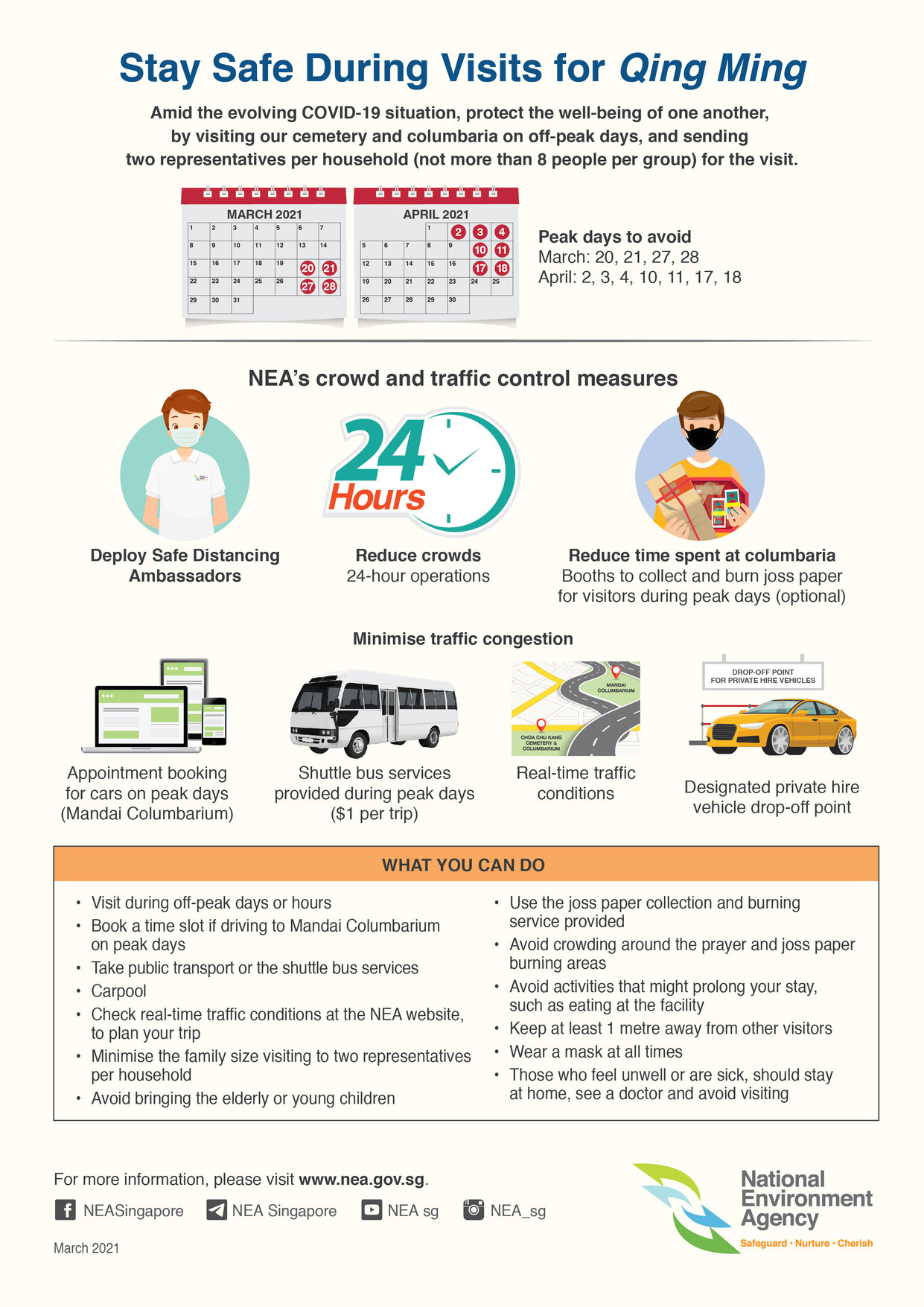