A 26-year-old woman from Johor Bahru convinced her 34-year-old husband to marry the 18-year-old babysitter after the first wife suffered a miscarriage and he wanted to have more children.

The husband, Saiful Abdul Satar, proceeded to marry the babysitter on March 18, 2021.

The wife Sarifah Salmah Tuan Embong, Malaysian media reported, was credited as being responsible for bringing up the idea with her husband of marrying their babysitter of four years.

The permissive love triangle story exploded on TikTok, where three videos of the wedding between the babysitter, Nur Elyana, and the husband -- with the first wife's blessing -- were viewed close to one million times.

Polygamy in Malaysia is legal, with permission from a sharia court.

Babysitter not a stranger

The first wife, who lives in Kampung Bahagia, Mersing, told Malaysian media that it has been difficult to conceive after suffering from a miscarriage in 2019.

The first wife said: "Yaa (the babysitter's nickname) is no longer a stranger to me and my husband because she is our babysitter and has lived with us for the past four years."

"In fact, our relationship is not like employer and employee because I already considered her like my own sister."

"My son is also close to her. That's why I don't mind accepting Yaa as my husband's second wife — not another woman — because I've known her for a long time." 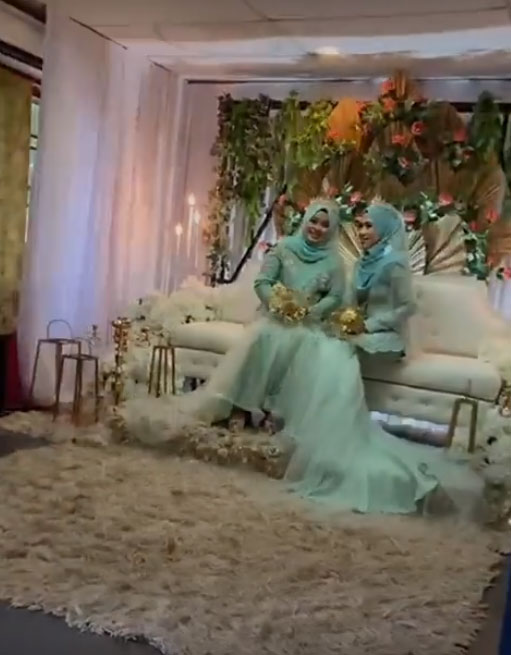 Nur Elyana can be seen dressed in a turquoise traditional costume and sitting beside her husband during their wedding ceremony.

In one posed photo, the husband can be seen standing sandwiched between his first and second wife on either side of him. The decision to introduce another partner was the best thing to do as the first wife knew her husband had long wanted more children, Malaysia media reported the first wife explaining the rationale for allowing her husband to be shared. 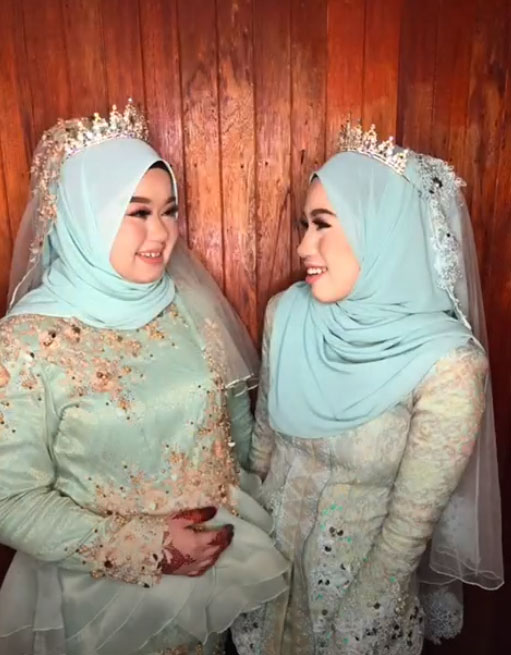 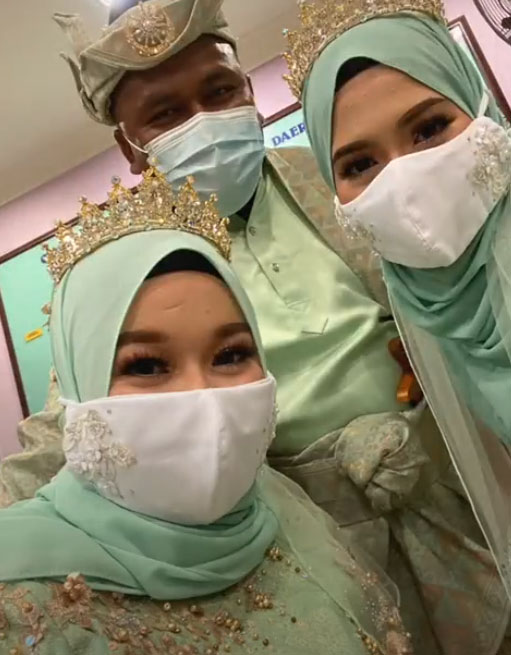 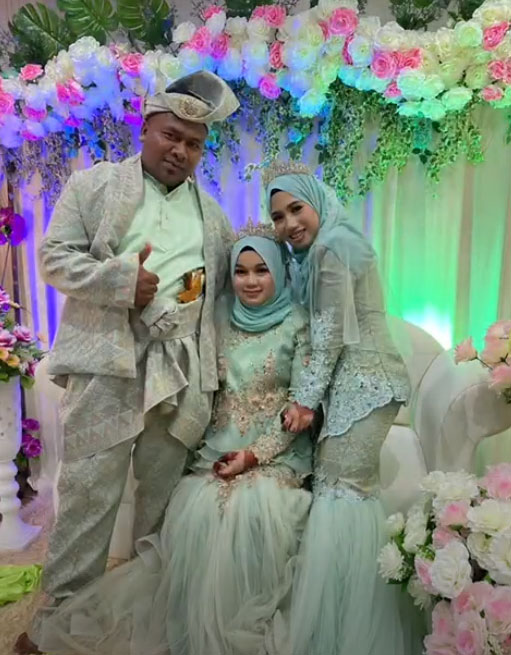 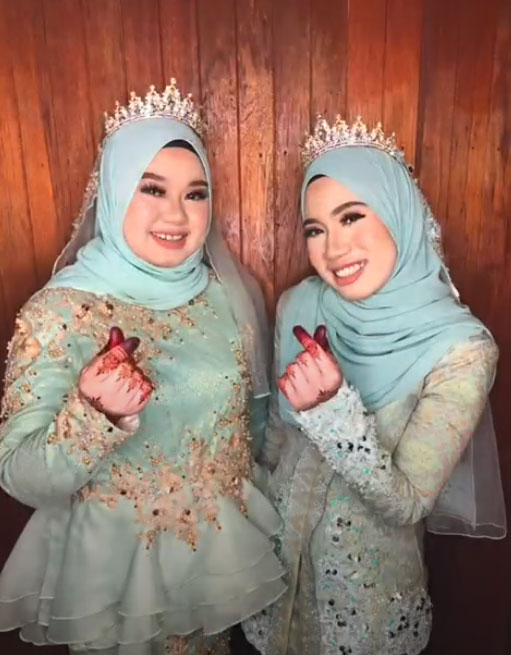 "I had discussed with the family before making the decision and they accepted it after I explained my reasons," the first wife said.

She also said she visited the babysitter's family in Felda Kerteh, Paka in Terengganu on Jan. 1, and received blessings from her parents.

The first wife said: "Honestly, I am happy to see them get together because all this time, Yaa accompanied me and my son when my husband was not home due to outstation work."

"So, I believe she is a good woman and able to carry out her duties as a wife even though she is young."

Babysitter said husband was more a brother and employer

The babysitter said she did not expect to marry Saiful, as she considers him as her brother and employer, Malaysian media reported.

They were married at a religious affairs office in Mersing.

"I was also surprised when Kak Sa (Safirah's nickname) voiced her desire to have me marry her husband," the 18-year-old said.

"However, I talked to my family first and Alhamdulillah, they gave their blessings to the marriage."

"This is fate and as a second wife, I am ready to give in to Kak Sa and have no problem adjusting because I have lived with her for a long time."

"In fact, I asked Kak Sa to wear a matching colour wedding dress because I wanted to celebrate the happy day with her," she added.