Singapore actress Kate Pang fell into a drain one day before her 38th birthday and ended up in hospital.

One photo showed a deep bloody cut on the shin, which Pang said exposed her bone.

According to her, she fell into a drain because she was using her phone for two seconds.

She wrote in Chinese: "While walking, it is best not to use your mobile phone, because when you're not careful, you might fall into a drain, and it actually happened to me."

"I only responded to text for 2 seconds. I feel like a pig head."

In a separate post, Pang explained the wound was so deep it exposed her bone and she needed to undergo surgery for three layers of stitches.

Pang wrote that the complication was the result of dead flesh inside her wound, which was due to the diagonal cut sustained.

However, she added that she was pleasantly surprised to learn that the doctor only managed one stitch to seal her wound.

She explained that there were multiple stitches on the inside, but one final stitch was applied to close the wound.

She ended up spending her birthday on March 11 in the hospital. 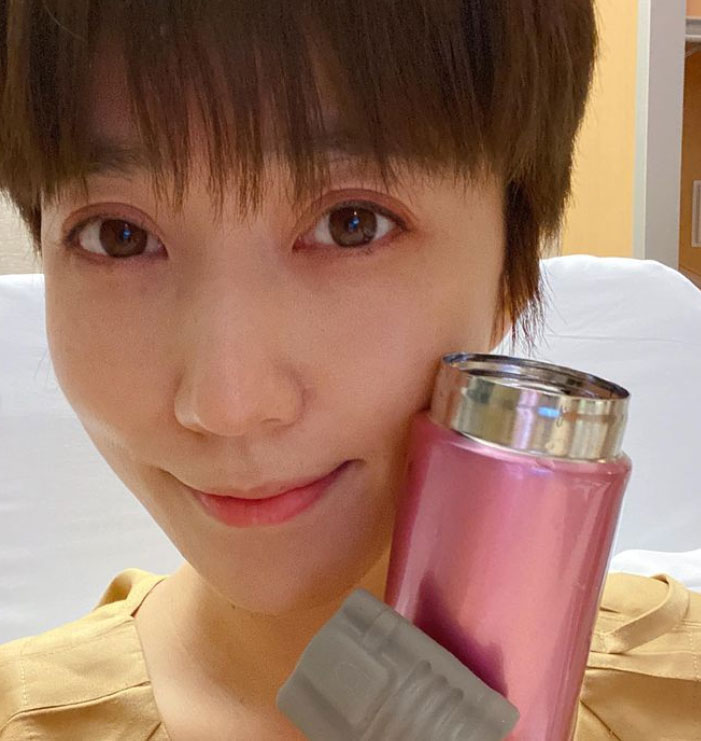 Pang’s husband, actor Andie Chen, is not in the country.

He is in Taiwan for work.

The couple's six-year-old son is also with Chen.

A post on Chen's Instagram showed a photo of crying child, who appeared to be the couple's son.

The post also showed a bruise that Pang sustained due to her fall.

Chen wrote that he was shocked to see the wound but was impressed that his wife remained upbeat.

Pang has since been discharged from the hospital.