Halfbike, an Eastern European invention, has been brought into Singapore. 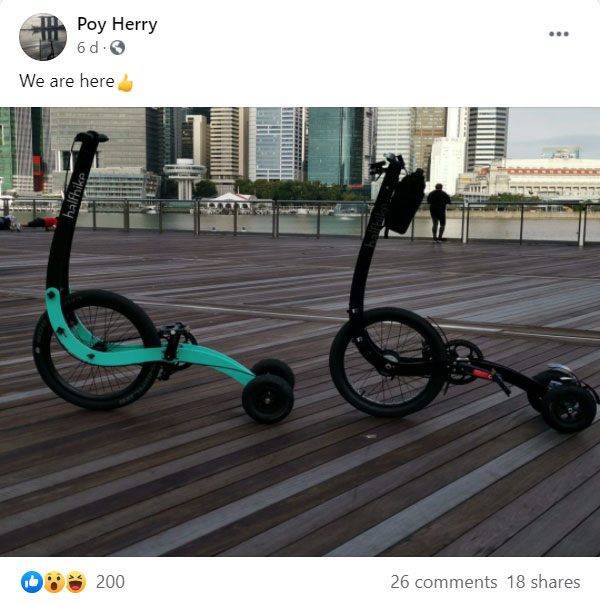 How much does it cost?

How does it work?

It is essentially a bicycle but without a seat.

It is powered by pedalling.

It can hit a top speed of 40kmh, but loses stability the faster it goes.

The latest Halfbike 3 has four speeds in its internal gear hub manufactured by Sturmey-Archer.

Where was it invented?

The Halfbike hails from Sofia, Bulgaria.

It has been around for at least seven years, and has gone through several iterations since its early days.

The latest version has mudguards.

How compact is it?

Without any seat, the bike weighs under 9kg (20lbs).

Is it the same as riding a bicycle?

It is different from riding a bicycle, according to information provided by Halfbike.

Riding the Halfbike requires the use of the entire body.

Learning to ride it is to acquire a new skill, which could take a few hours of practice.

The bike does not have a handlebar that can turn, but would require using one's body to lean to either side to navigate left or right.

Will it catch on in Singapore?

Possible, as there are many biking enthusiasts in Singapore.

Its compact size might provide a solution to last-mile personal transportation.

And as it is human-powered, it should be able to be used on pedestrian walkways.