A Singaporean man lost 126kg from delivering food on his bicycle over four years. These days, his transition from flab to fit is seeing him take up weightlifting to increase his bulk.

He has regained some of the lost weight and is now at 85kg, due to muscle gain.

The 37-year-old man, Riz Fox, first posted his before and after photos in a closed Facebook group for GrabFood delivery riders in Singapore on March 10.

His photos drew applause from other delivery personnel, who marvelled at his drastic body transformation.

Speaking to Mothership.sg, Riz said he works six to seven hours a day delivering food, for five days a week.

He also said he is currently done cutting weight and working on gaining strength to embark on wilder expeditions on his two-wheeler. 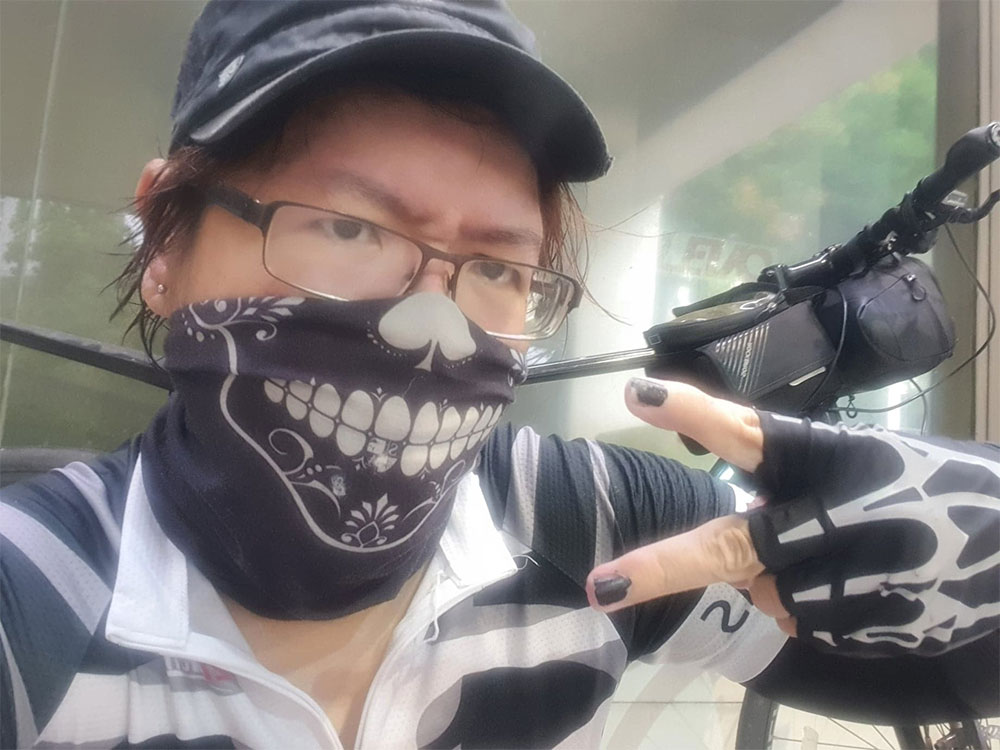 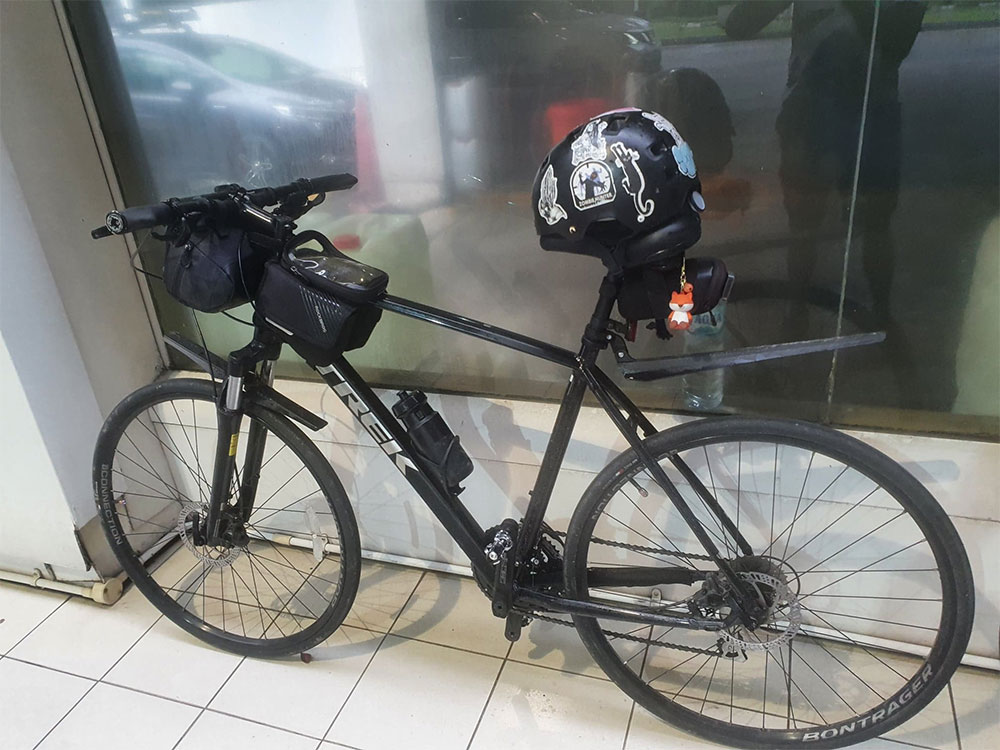 Not easy starting to lose weight

But his journey was not easy when he first started out, he admitted, as he only made gains slowly.

He lost weight first by adjusting what he ate when he shifted to a ketogenic diet, commonly referred to as keto diet.

This change in diet gave him a boost.

Riz said: "I did the keto diet, it was the first step to losing my weight. And because of it, I got the energy I needed to exercise."

Riz attributes his weight loss to a combination of diet and exercise.

He took to cycling around the neighbourhood initially and soon realised that he could get paid while losing weight, and made the decision to deliver food for a living.

"I realised UberEats at that time literally paid me to do something that I enjoy doing, gaining back my freedom and cycling, so I thought I might as well do something I enjoy and get paid for it."

These days, he delivers food with GrabFood.

And he has never felt fitter.

He recently completed a 120km cycling trip around the perimeter of Singapore, which took slightly over five hours with rest time factored in.

He said he aims to travel around the planet on his bicycle.

"Everything after that (first year of losing weight) was maintenance and training, as I plan to do a bike packing trip around the world," he said. 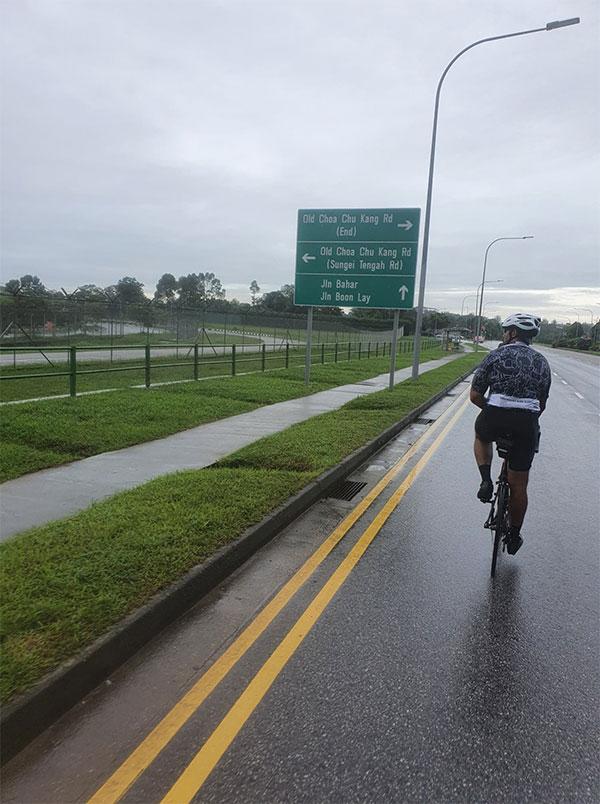 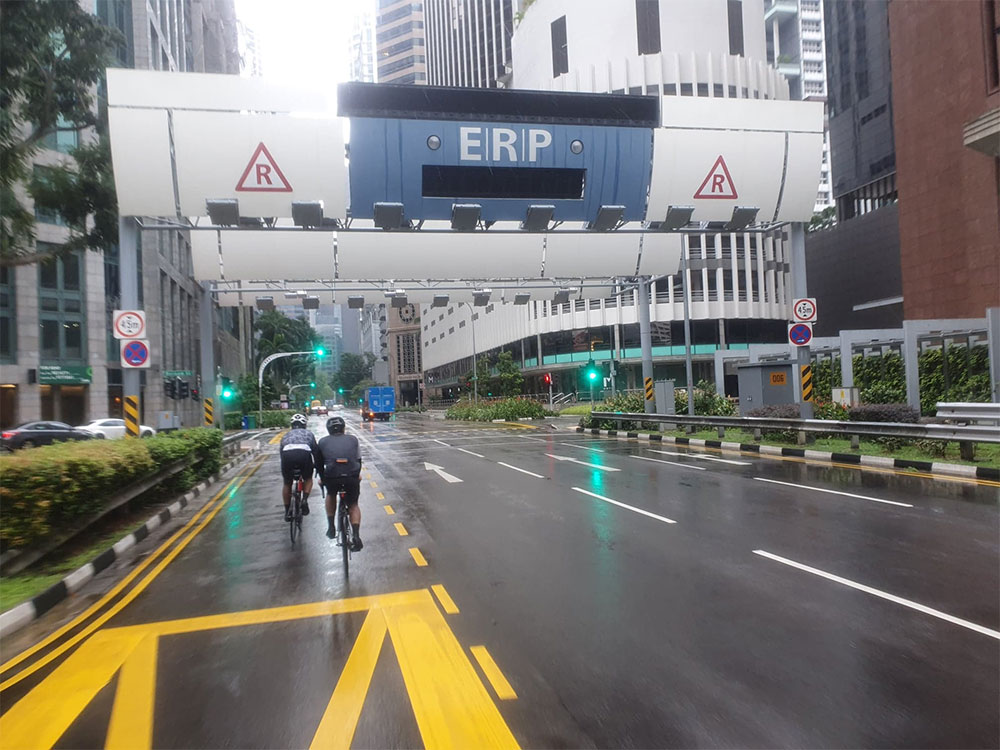 Riz said he eats only 20g of carbohydrates a day now, which is the weight of half an average-sized chicken egg.

Carbs can be derived from rice or vegetables, for example.

About 100g of rice contains roughly 30g of carbs, while 100g of spinach provides some 5g of carbs.

He said: "I've been sticking to keto even after my initial weight loss, as it has become a lifestyle and not just a diet."

Asked if he has any advice for people who also want to deliver food to lose, Riz said: "If people want to lose weight, my number one advice is: You can't outrun a bad diet. If they have questions about starting keto, look me up."

"As for cycling, like any exercise it takes practice to get good on it and ride faster and longer. Don't be discouraged, its fun exploring Singapore on wheels."

What is a keto diet?

A keto diet typically consists of high-fat, low-carbohydrate foods, such as eggs, meats, dairy and low-carb vegetables, as well as sugar-free beverages.

This means a person on a keto diet might eat as little as 20g to 50g of carbs per day -- the equivalent of a small palm-sized quantity of cooked rice or pasta.

The keto diet also recommends restricting highly processed items, such as bubble tea and spam, and unhealthy fats, such as those derived from fried chips or fast food.