A dog in Singapore has been snapped riding pillion with its owner along a road in Toa Payoh.

The best part is that the photo has been shared to a Facebook page with 1.8 million members worldwide and has won widespread approval.

The group, Dogspotting, specialises in taking photos of other people's dogs they have never met before and sharing them with the rest of the members to express approval.

This particular photo was taken at a traffic light as a result of a chance occurrence.

The post showed the Singapore dog wearing shades and bundled up in a haversack contraption on the back of the rider.

The dog also had one paw on the shoulder of its owner, almost as if it was derping out or just needing some emotional support while tearing up the asphalt on a two-wheeler.

never have I ever been this happy to be at a stoplight. he’s holding on to his human’s shoulder with one paw 🥺

The photo was shot along Lorong 2 Toa Payoh.

The photo of the motorcycle dog is a novelty as dogs are more frequently seen riding in four-wheelers in Singapore, and once in a while, with their heads sticking out of the window as they enjoy the breeze.

But dogs derping out in traffic occurs quite frequently on Singapore roads. 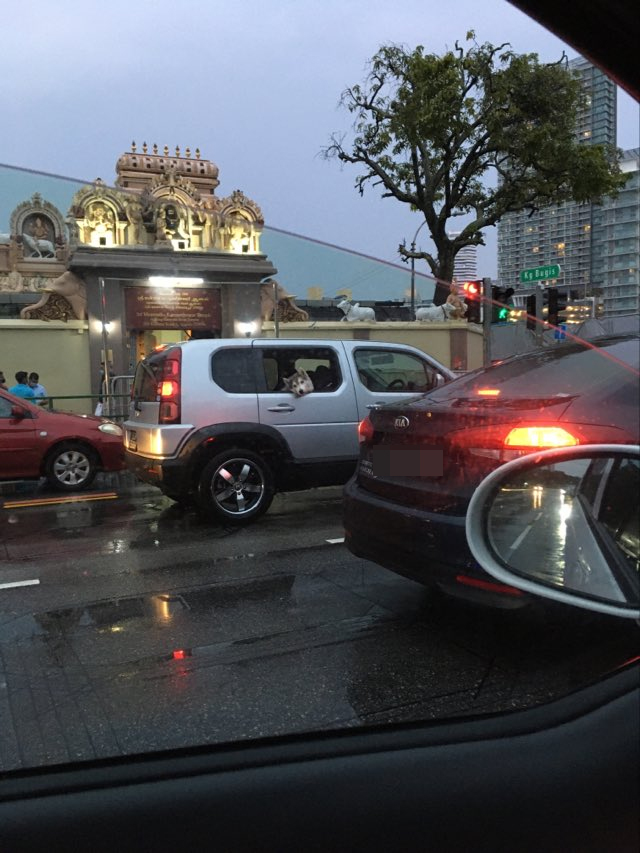 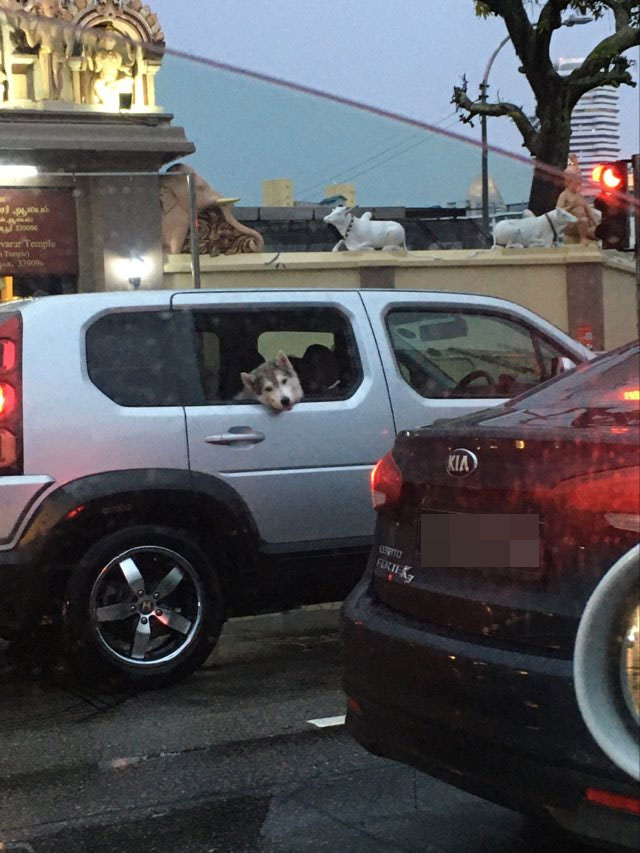