A massive crocodile has been caught on camera luxuriating on a floating kelong platform in waters between Singapore and Johor Bahru.

The crocodile, estimated to be 3m or more, was camouflaged with its surroundings made out of wooden planks.

It only became more noticeable when it started to move as it slid into the waters.

The video's caption initially did not reveal the exact location of where it was shot.

It merely stated: "I guess everybody knows this place. Have A great weekend..."

However, upon probing by commenters, the video uploader claimed the video was shot from Johor Bahru side, and the spot where the crocodile was seen is near Lim Chu Kang jetty.

This would place the crocodile's exact location closer to Johor than Singapore.

Based on the skyline of the video, the background buildings are along Danga Bay in Johor.

The arrow on the map is Petrie Condominium. 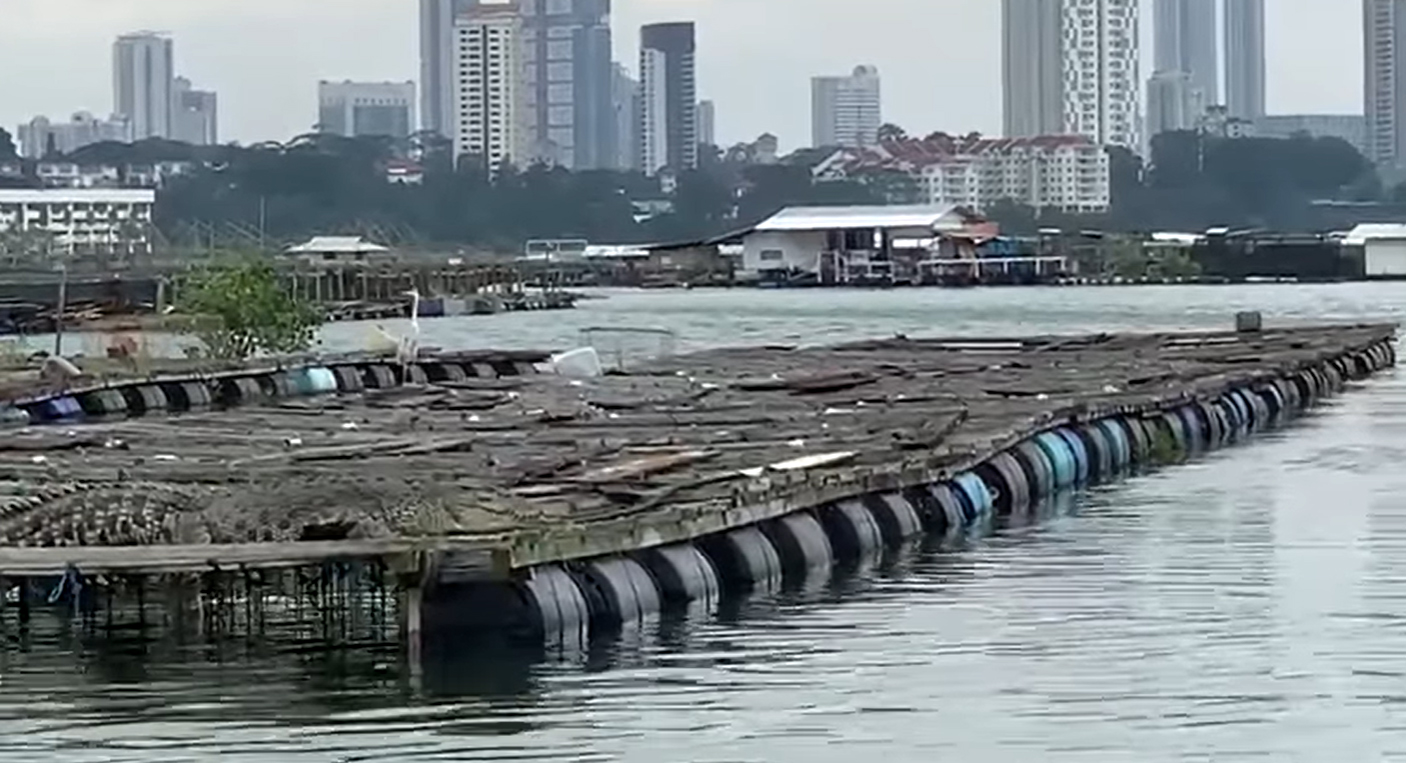 Lim Chu Kang jetty is currently off limits to the public as it has been closed since 2017.

Trespassers have been arrested.

The area has been cordoned off as a private jetty.

A beware of crocodiles sign has been put up to warn the public about staying away. 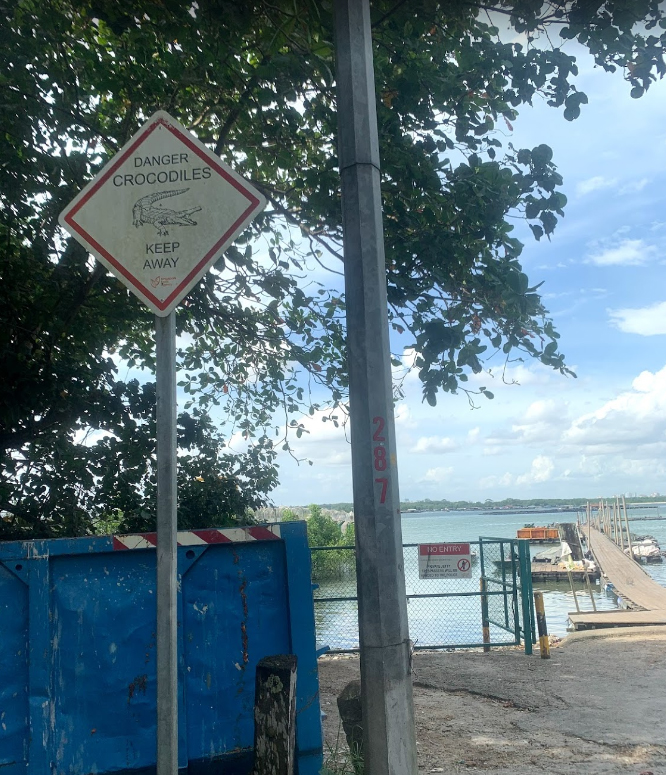