A former Royal butler, Grant Harrold, has drawn the ire of some Twitter users after he commented that rice should not be eaten using hands or fingers.

Harrold, who also identifies as a British etiquette expert, tweeted a friendly reminder to "always use a knife and fork or chopsticks to eat rice" on March 6. 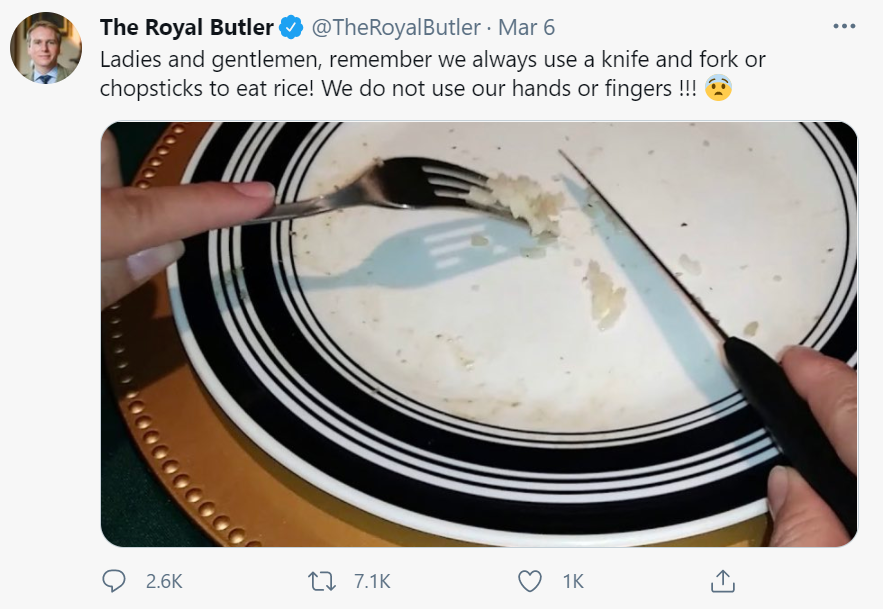 Ladies and gentlemen, remember we always use a knife and fork or chopsticks to eat rice! We do not use our hands or fingers !!! 😨 pic.twitter.com/xCJEKXg26K

On his Twitter account, he has also previously shared other pieces of 'advice', such as to use one's "left hand to eat the toast".

Ladies and gentlemen, please remember toast is offered before the rest of the meal. You always use your left hand to eat the toast 🍞#etiquette pic.twitter.com/rYCojvK82V

In response to the tweet on rice, there were some who slammed Harrold for his comment, saying that it is offensive to other cultures. 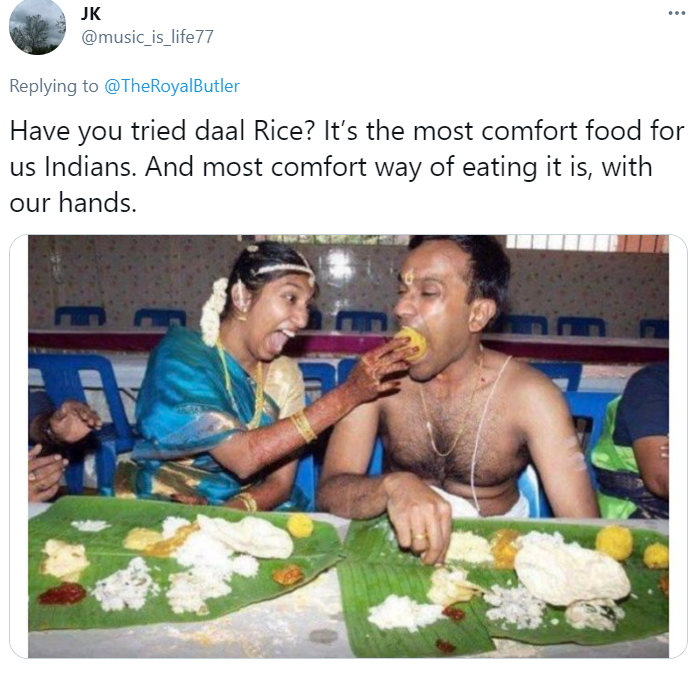 Some also brought up the point on cultural differences and what constitutes "hygiene":

A handful of tweets pointed out that the advice that Grant was dishing out was specific to norms in the Western context, and he might not have intended it to be universal.

According to his website, Grant is "regularly called upon" as an advisor to Royals, celebrities and various VIP clients.

He has trained butlers and housekeepers for principals and their staff in the UK and also served as a Director for a consultancy firm offering support on "Royal and British etiquette and household staffing".

Dining with the Royal family, for instance, apparently comes with a labyrinth of special rules to adhere to. For formal dining in a "British" setting, there are also certain guidelines to be followed.

In this Business Insider interview with William Hanson, another British etiquette coach, Hanson laid out a "step-by-step guide" to attending a royal or upper-class dinner party.

This included advice like how to 'properly' use a napkin, and how to eat bread.