The time has finally come: One of the two longstanding hawker centres in the Queenstown area will be demolished from the end of 2021 to make way for redevelopment.

Commonwealth Drive Food Centre at Block 1A, 2A and 3A will disappear before the year is up.

It was announced in June 2014 that the two food places -- a one-minute walk apart -- and the surrounding shops will be cleared in seven to 10 years to make way for the area's revamp. 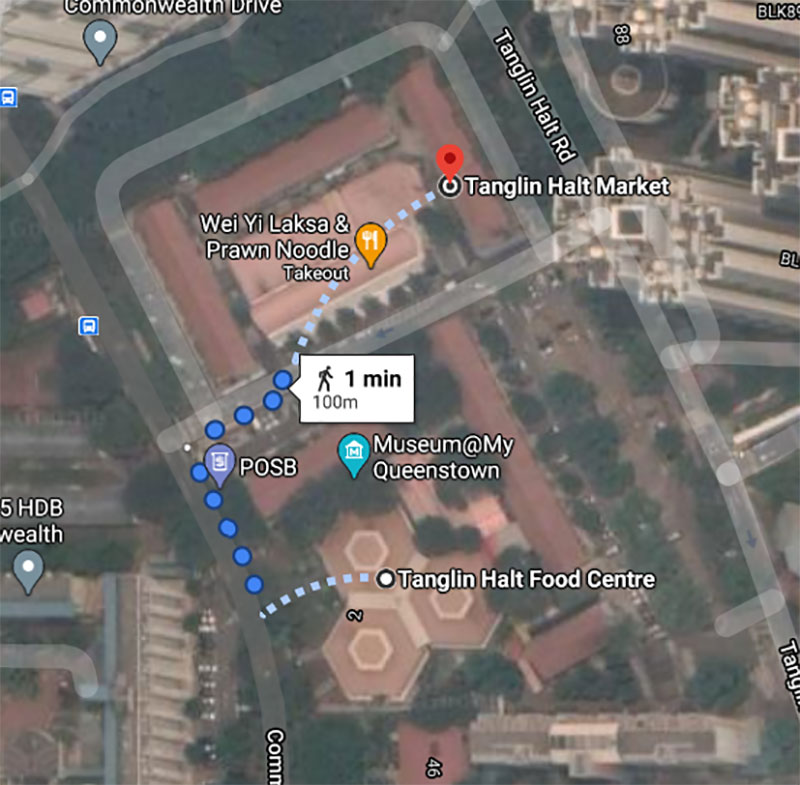 A total of 31 blocks of flats in Tanglin Halt have been slated to be torn down under the Housing Board's Selective En bloc Redevelopment Scheme (Sers).

It is the biggest Sers project since 1999.

Both hawker centres have plenty of food gems.

The braised duck noodles stall in Tanglin Halt Market started out as a street stall run by a hawker vendor, Ngern Kah Cheng, 72, that has been operating in the area since 1969.

A stone's throw away is the hexagonal Commonwealth Drive Food Centre.

Long-time favourites Chef Hainanese Western Food and Queenstown Longtong have been sure-hits with residents, office workers, and those who venture from afar who swear by these staples.

Long-time residents have moved out

It isn’t the first time a Tanglin Halt site was selected for a SERS project.

Previously, in January 2003, the government announced its SERS plans for blocks 50 to 54 at Tanglin Halt.

Homeowners were given the option to purchase flats at blocks 89 to 91, which they moved into by 2008.

Many long-time residents have up sticks and left.

Background on redevelopment of Tanglin Halt

About 3,480 households were slated to be moved to new flats in nearby Margaret Drive, Dawson Road and Strathmore Avenue by 2020.

The Commonwealth Drive Food Centre, Tanglin Halt Market, and the surrounding shops are to be cleared over a period of seven to 10 years starting from 2014.

The 157 market and hawker stalls, 50 shops and four eating houses have been affected.

In total, 31 blocks of flats, seven commercial blocks and two markets and food centres will be demolished from the end of 2021.

The rows of 10-storey blocks with diagonal staircases in Tanglin Halt are highly recognisable.

The first occupants moved in after the flats were completed between 1962 and 1963.

It was one of the five initial districts within Queenstown, Singapore’s first satellite estate.