Taiwan is no exception.

Here are some clips from a CNY variety show that aired on Formosa TV.

One of the segments appears to involve celebrities and participants smashing balloons with their heads. There appeared to be some prize money associated with the game.

One of the clips showed Taiwanese actress Li You-Ru having a bit of trouble with the balloon.

This led the host Hu Gua pushing her head down as such.

He pushed her down about five times to no avail, as the balloon remain unpopped.

His co-host, Ah Xiang, then took over.

At another point in the show, the red-shirted couple, who didn't appear to be TV celebrities, seems to have followed the same routine.

The wife was in the hot seat, and was asked whether she was confident of her balloon-popping skills.

This prompted Ah Xiang to suggest having her husband "help" with the popping, much like they did to Li previously.

The husband seems to have taken that to heart, perhaps a little too seriously.

Here's a clip of the entire incident:

If you can't see the post, here's the clip:

Here's how Taiwanese star Chen Meifeng reacted to the segment. 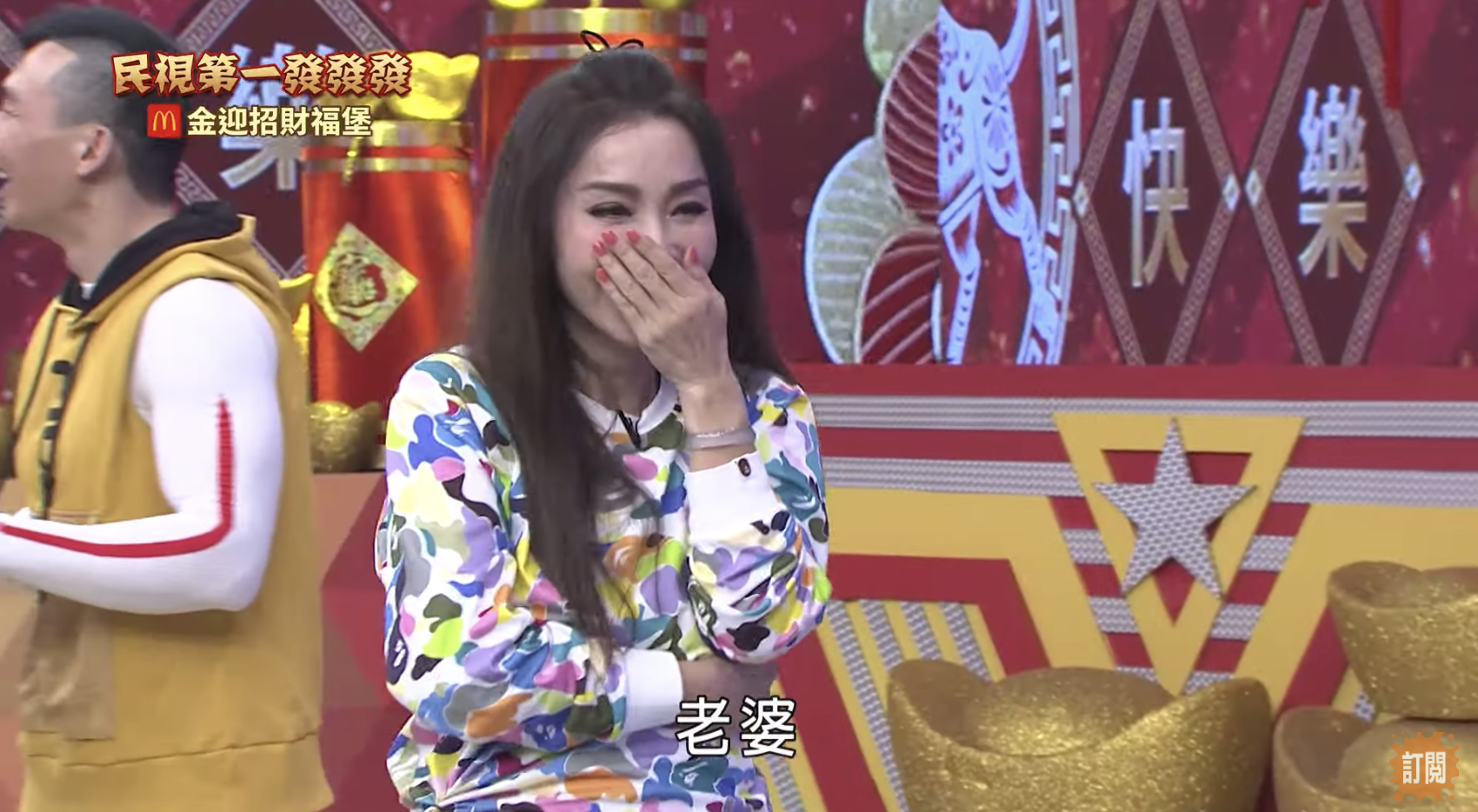 The TikTok clip which showed the entire popping attempt has racked up over a million views in less than seven hours as well.

Hu jokingly said that reporters were about to ask why the man beat up his wife. This was after the guests on the show broke out into an impromptu rendition of Fish Leong's Fen Shou Kuai Le (Break up happily) after the incident.