A baller SBS Transit bus captain, who has no qualms showing up for work in his public-facing role decked out in shiny gold accoutrements, is currently the talk of the town in Singapore.

This was after he appeared in a candid photo while on the job driving the bus sporting a conspicuous gold chain necklace, bracelet, two large signet rings, a shiny watch, and some shades.

His unintentional rise to internet stardom was cemented when two of his friends ribbed him in a video, claiming his jewellery cost S$50,000 -- all the while as the bus driver casually wolfed down his meal in an eatery, as his net worth withstood the cheap talk about him.

And now, the attention he is getting is rubbing off others who got him noticed in the first place.

A goldsmith shop located in Yishun has come forward offering photographic evidence that it is the merchant responsible for selling its gold to the bus driver, who has been a loyal customer of the shop.

In a short post on Feb. 24, Ngee Soon Jewellery wrote: "Our regular customer that just got famous! 😂"

It posted two photos of the bus driver in its shop: 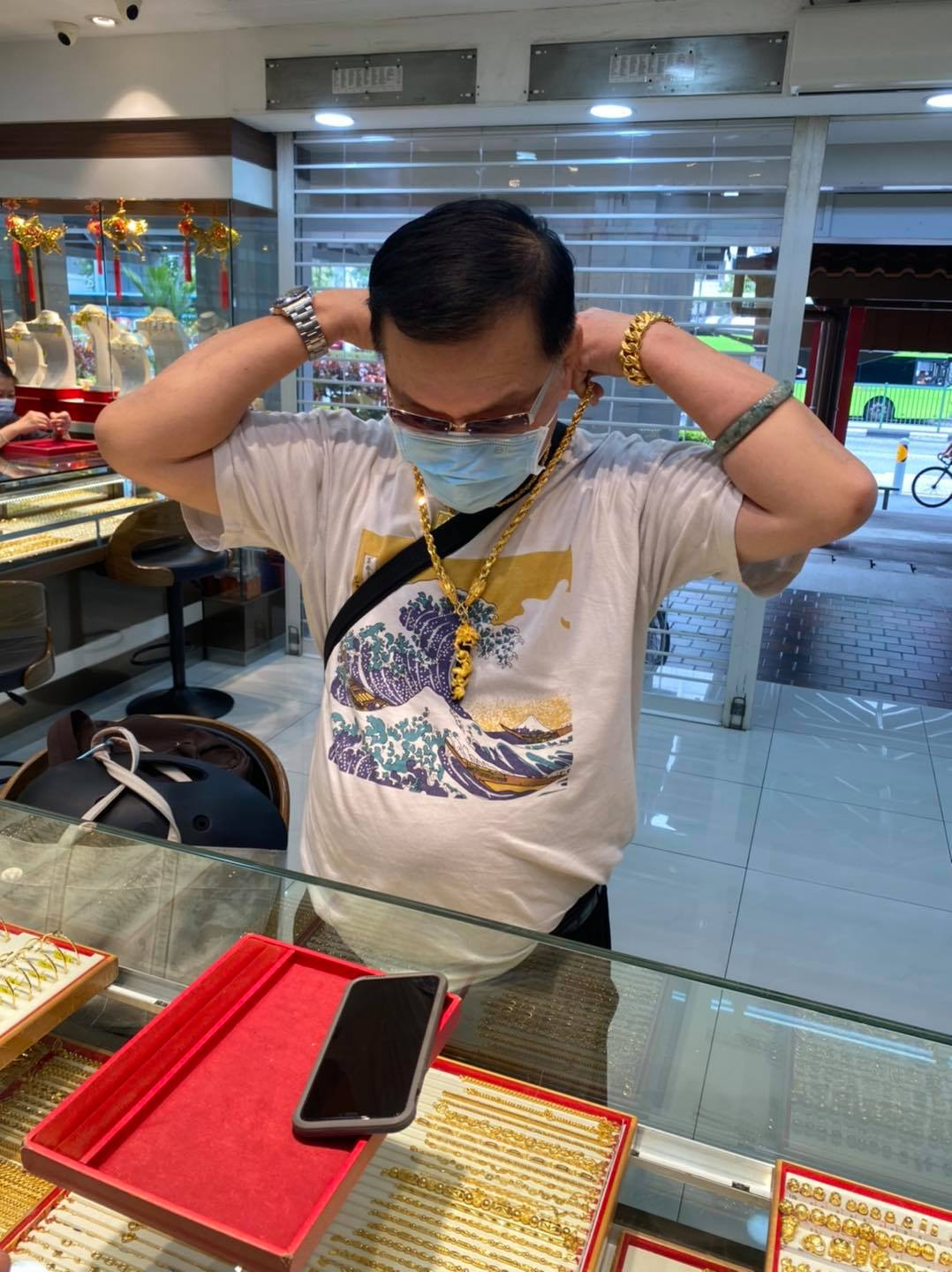 In less than half a day, the spartan post received 2,000 shares.

Not much else was said in the post, but Ngee Soon Jewellery introduced itself on its Facebook page as a gold and jewellery retail shop that has been operating since 1990.

It was originally located at Block 923 Yishun Central and was one of the first few goldsmith shops in the Yishun area, it said.

Due to the redevelopment of the Yishun area, the shop relocated to Block 846 Yishun Ring Road, which is opposite Khatib MRT station.

Ngee Soon Jewellery has also established its first branch in the Woodlands Admiralty area, with another shop that opened at Block 678A Woodlands Ave 6 in 2009.