Protests against the military coup in Myanmar extended to demonstrations outside the Singapore embassy in Yangon on Saturday, Feb. 13.

A live video by Myanmar media Mizzima showed several dozen people holding placards and shouting slogans outside the Embassy of the Republic of Singapore.

The messages on the placards were directed at the Monetary Authority of Singapore (MAS), United Overseas Bank (MAS), as well as Singapore broadcaster CNA. 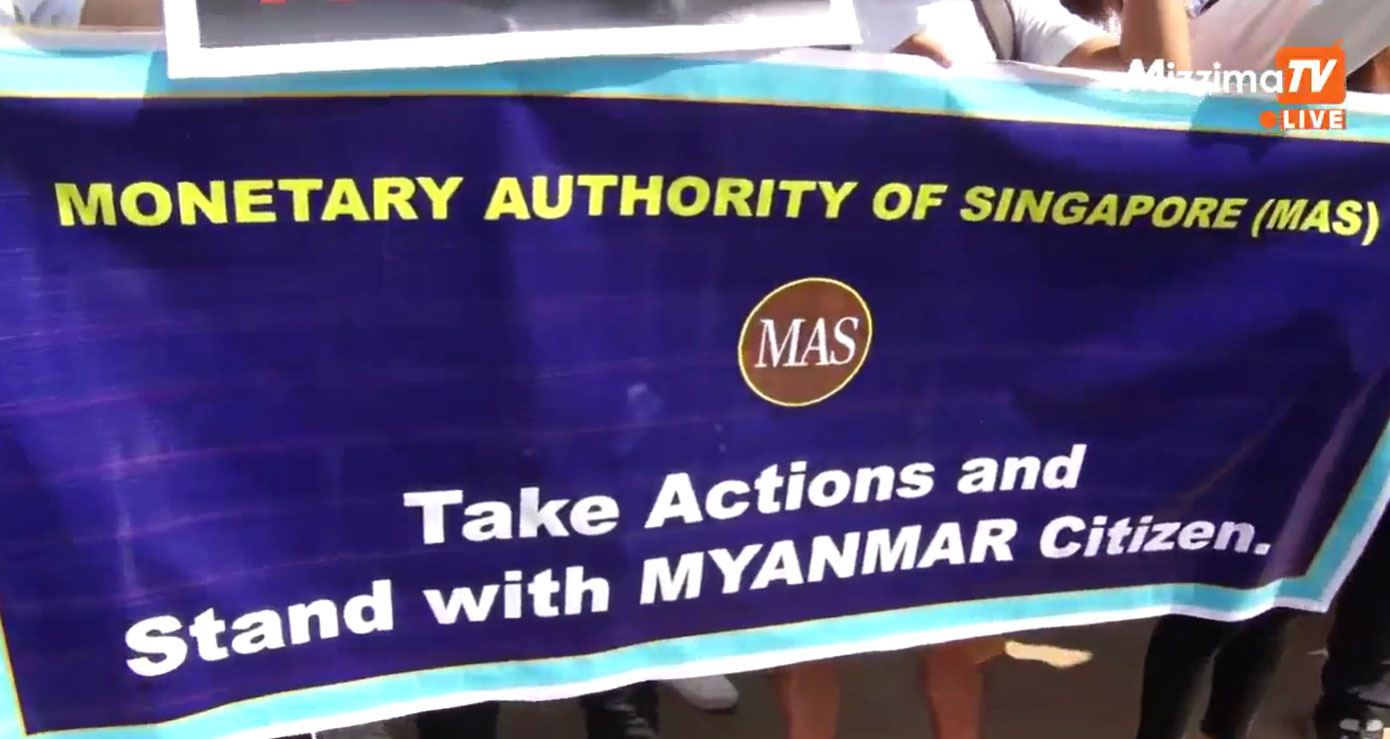 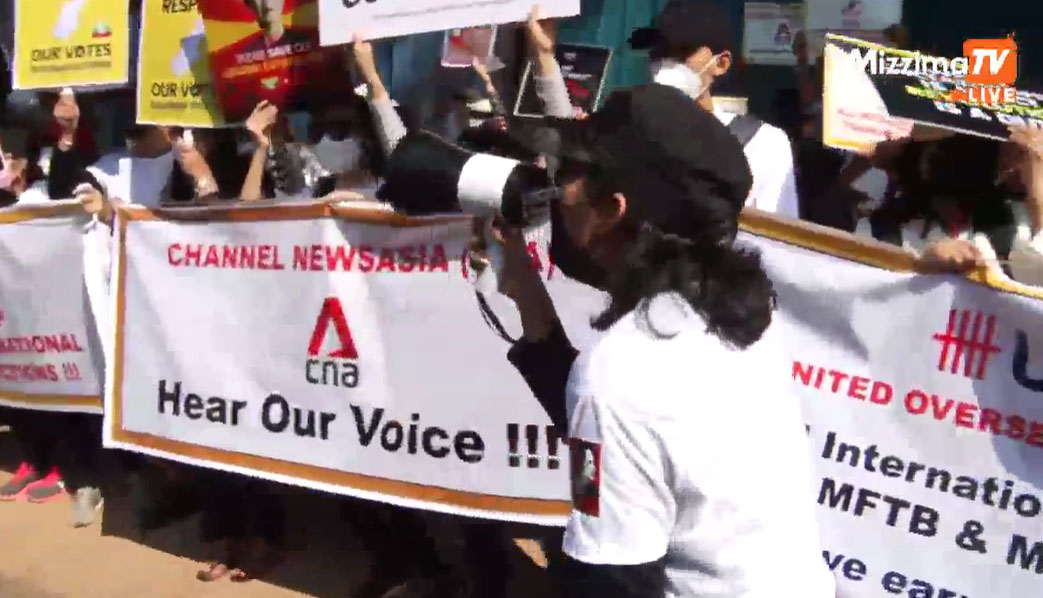 The demonstrators called on the financial institutions to stop processing transactions for banks linked to Myanmar’s military, and urged CNA to report on their message.

CNA is ubiquitous in Myanmar, as the English language channel is the default broadcast media option widely available at public spaces, such as airports and hotels, catering to locals and foreigners.

It has also been covering the events in Myanmar closely.

Purpose of protest outside Singapore embassy

According to the Mizzima video, which was shot live on Saturday afternoon at 1pm in Yangon, one of the demonstrators who was leading the crowd with a megaphone told the interviewer the people there were not trying to cast a negative light on anyone, but "asking for help".

She told the interviewer in Burmese at the 9-minute 10-second mark: "I don't want to say so much, the sign speaks for itself."

Protests outside embassies are not new.

Earlier on Thursday, Feb. 11, hundreds of protesters opposed to Myanmar's coup demonstrated at the Chinese embassy in Yangon accusing Beijing of supporting the military junta despite Chinese denials.