Editor's note on Feb. 2: A previous version of this article inaccurately stated that there are seven hornbills in the photo, we have corrected the number.

A group of eight hornbills has started their Chinese New Year visitation early.

On January 29, a Facebook user saw this group of birds perched along a corridor at Pasir Ris.

Here's the group that caught the public's attention:

The photo was well circulated online as it's rare to spot such a large group in the open.

Members of the public typically encounter one or two hornbills.

Some commenters also suspected that someone has been feeding the birds at that spot: 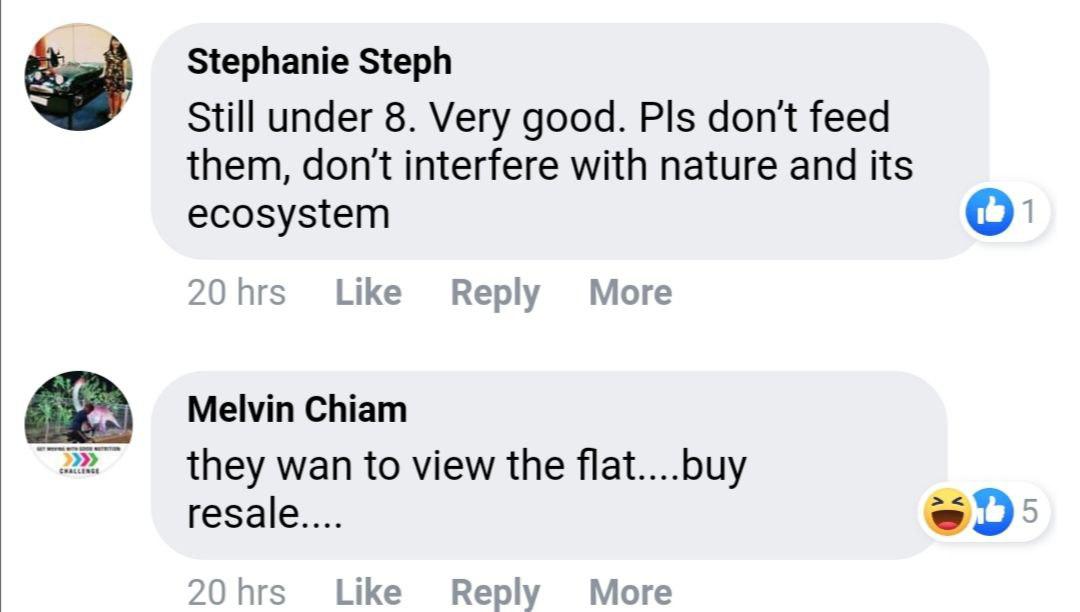 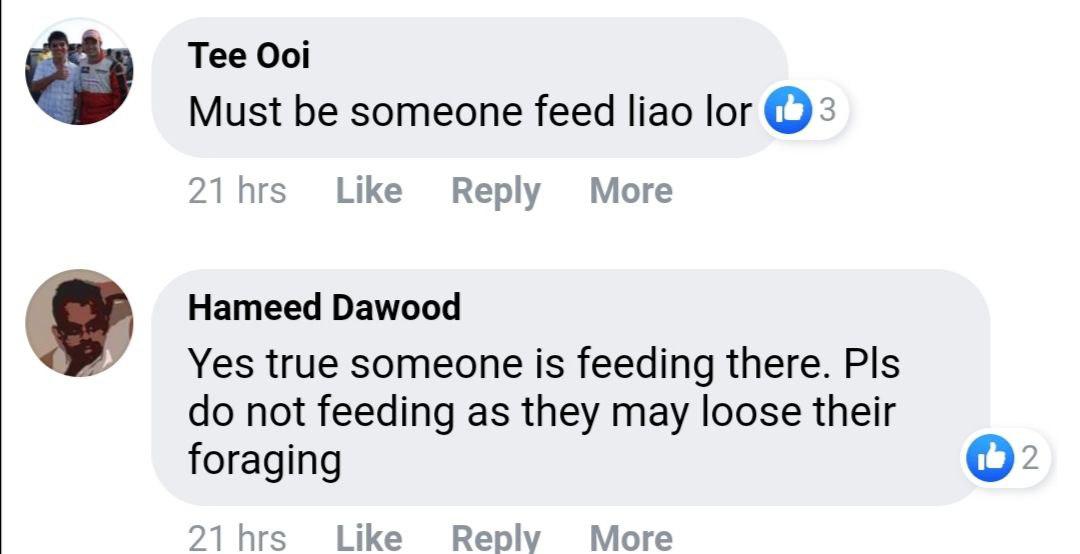 Do not feed the wildlife

These birds, which are more commonly spotted these days, are Oriental Pied Hornbills.

This species is one of the eight species found in Southeast Asia and was once thought to be extinct in Singapore.

The population of hornbills grew from the success of conservation efforts which include close studying of the birds' behaviours as well as the islandwide placement of nest boxes to address the lack of big tree cavities to nest in.

There is no lack of food in the wild for these hornbills, however.

As omnivores, they feed on wild fruits, insects, small animals including smaller birds, rats, and crabs.

If you see these hornbills, please do not feed them as that will alter their behaviour and can contribute to potential human-wildlife conflict.