A Singaporean man saved a shrew from being potentially trampled to death on Feb. 15.

Did not realise what it was

The man, Alvin, initially stumbled upon the shrew without realising what it is.

Speaking to Mothership, the good samaritan revealed that the incident occurred near the entrance of Plaza Singapura, close to the smoking area.

He and his friends had gone over to investigate after hearing a "screeching sound", and overheard others exclaiming over the injured animal.

Upon a closer look, the small animal was simply lying on the footpath, and risked being accidentally stepped on by an oblivious passer-by.

According to Alvin, he and his friends overheard someone saying, “他已经被踢过一次了“ (It has already been kicked once), so they decided to bring it to somewhere safer — the grass patch outside The Istana.

In his Instagram story, Alvin is seen transferring the shrew to safety in a red shopping bag. 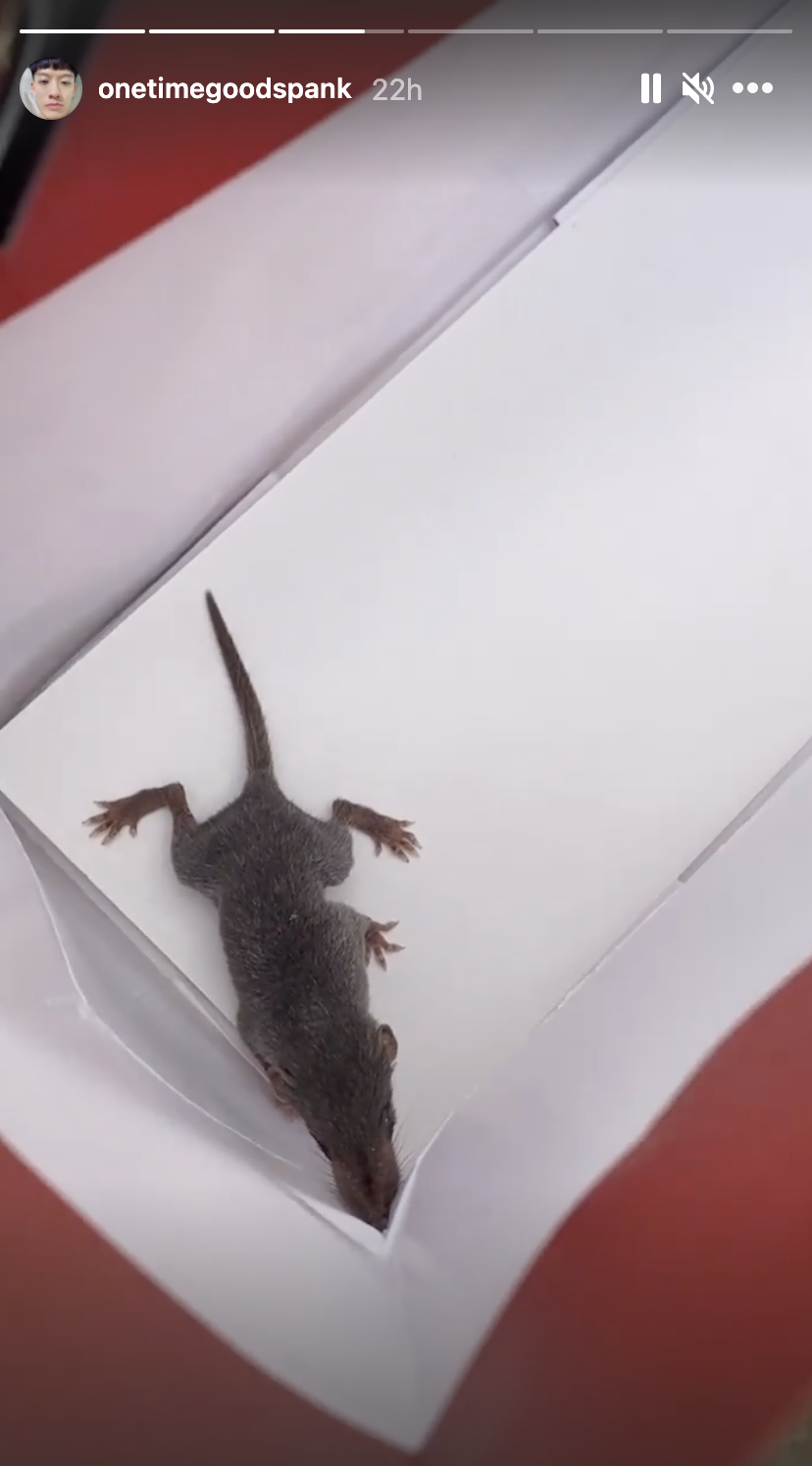 Image via Alvin's InstagramThe shrew was promptly carried all the way to the nearest patch of green (according to Alvin, the grass patch outside Istana), then released.

And upon being "saved", the little fella wriggled back to safety within the bushes.

Background on the Asian House Shrew

According to the National Environmental Agency (NEA), the shrew is a nocturnal animal not related to rodents.

Shrews are often mistaken as rats, especially when spotted in the urban setting. However, they are of a different species.

The shrew can generally be differentiated by its pointed snout, smaller eyes, and shorter, thicker tail.

They are usually found in or near gardens foraging for seeds, insects (cockroaches and crickets), and worms in leaf litter and dense vegetation, and even help to manage the cockroach population in urban areas.