With thousands of Covid-19 cases reported daily in Malaysia, several restrictions have been imposed for Chinese New Year visits this year.

The Movement Control Order (MCO) in Malaysia has been extended till Feb. 18, barring people from travelling back to their states and hometowns to visit their families during the holidays.

To keep up with the festivities within their means, some have opted to bake CNY treats to share with their families and relatives, sending them over by delivery instead.

However, one Facebook user found that the homemade goodies that her mother had prepared for her had mysteriously disappeared -- just half a bottle's worth, though.

According to the user's post on Feb. 5, the cookies and snacks, which were individually sealed with cellophane tape by her mother, somehow got unsealed, with half a bottle of crabstick crackers mysteriously gone.

She added that her mother had secured her package with bubble wrap as well, before sending it out for delivery from Kuching to Kuala Lumpur.

The package was delivered by PosLaju, a shipping company owned by Pos Malaysia, one of the largest postal companies in Malaysia. 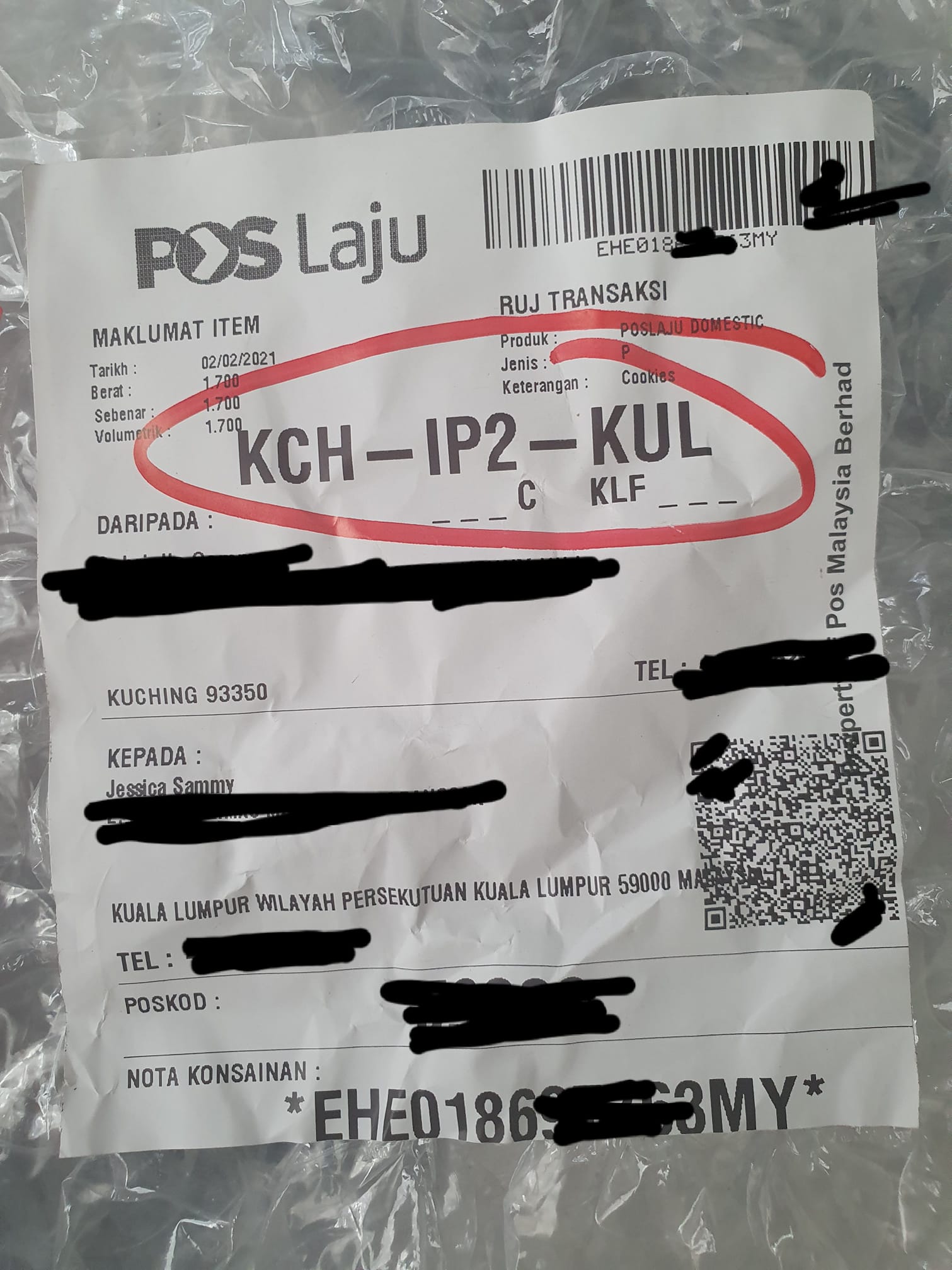 Facebook users chime in on what could've happened to the snacks

While it is unconfirmed what had happened to the contents of the package, the Facebook user suspected that it could've been opened by the workers.

Other Facebook users shared their own theories about the missing snacks as well.

One asked if it could've been eaten by her mother instead. 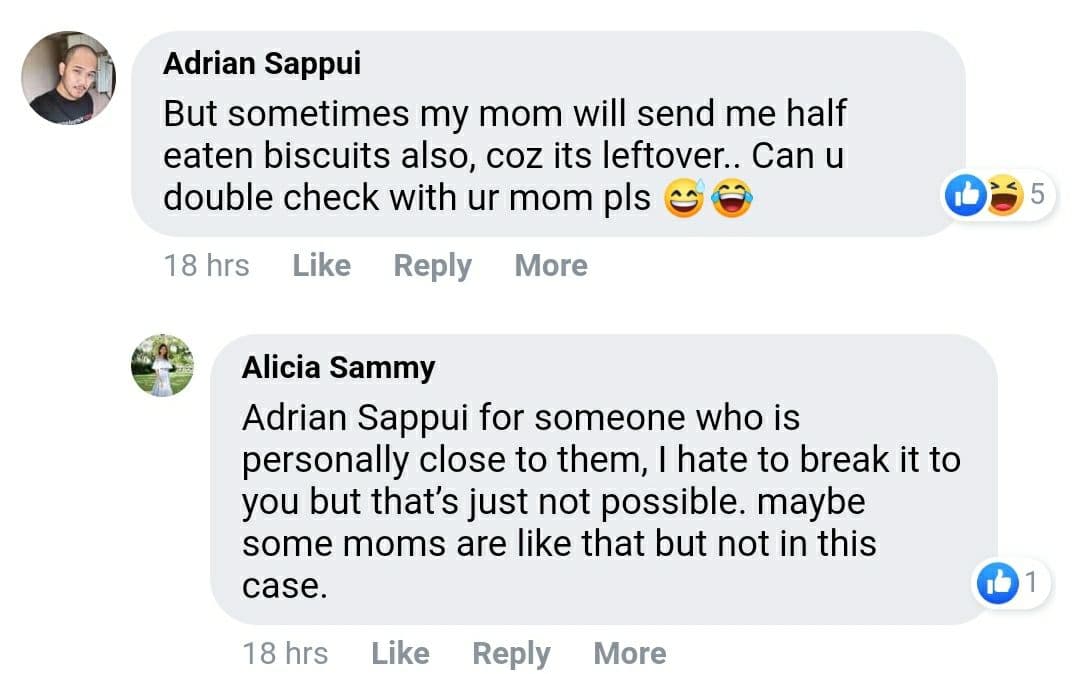 However, another user claiming to be a close contact of the original poster said that it was "just not possible".

Another Facebook user shared some advice, recommending others to take photos of the contents of the package before sending it out for delivery. 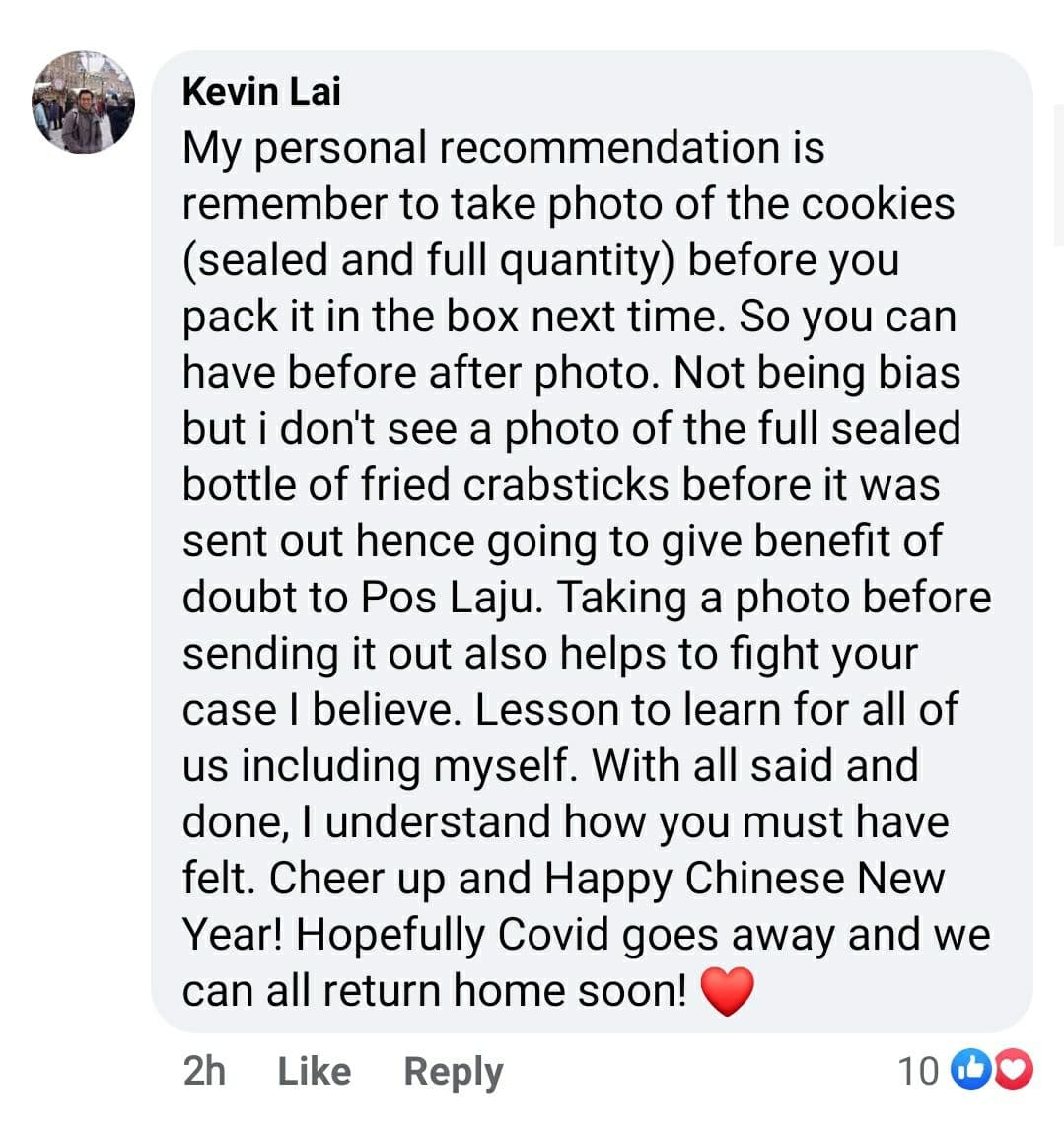 A few users found the humour in the situation, though. 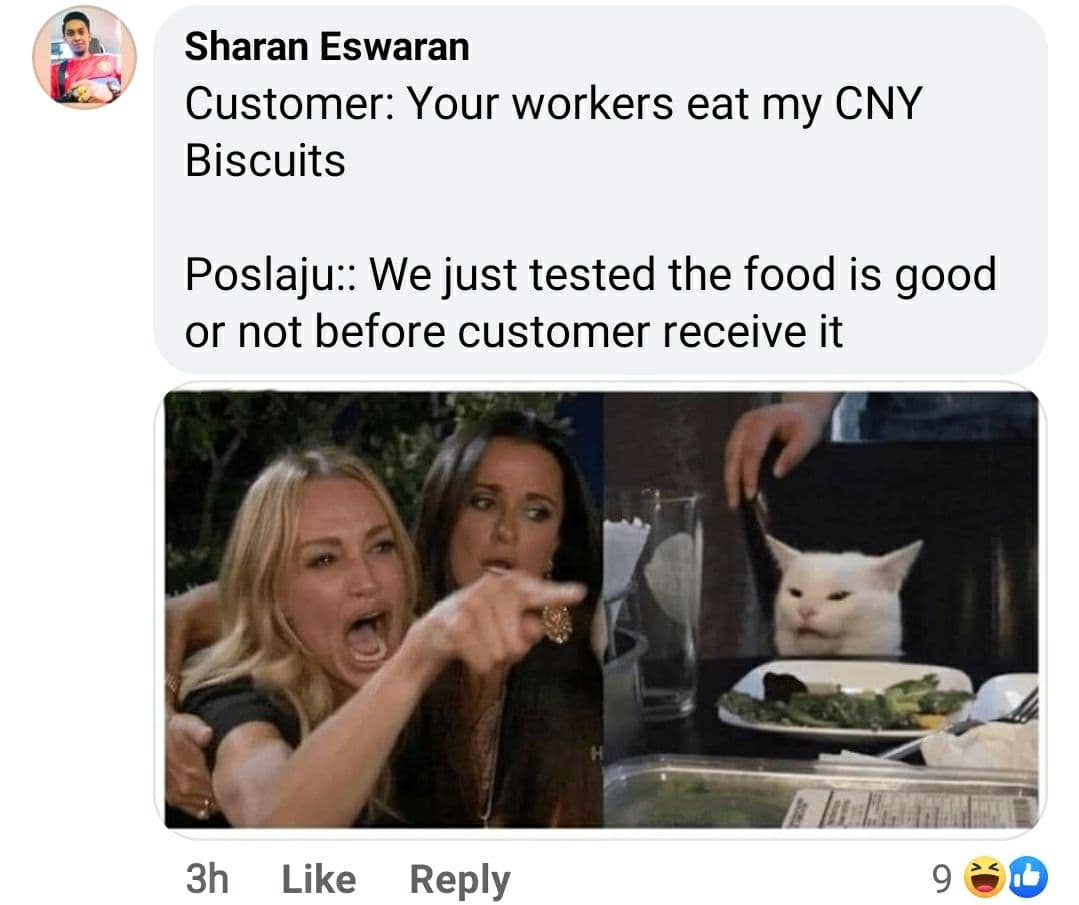 What really happened to the snacks, we may never know.