As Singaporeans have shown a renewed frenzy for mahjong this Chinese New Year, more and more brands are jumping on the bandwagon to package their products in something mahjong-themed. Anything mahjong-related.

Next in line is Impact mints, with their candy packaged into the "Three Great Scholars" formation: the green, red and white dragons (Qing Fa, Hong Zhong, Bai Ban).

For those who do not play mahjong, this combination is significant because it allows you to win a lot of money from other players (also known as a full-point game, or man tai).

It's also notoriously hard to collect all three sets of tiles in the game itself.

The Impact box also has a fourth tin decorated with One Bamboo, represented by an oriental-style bird.

The mints are going at S$7 for a set of four tins (sale price), it is available in peach, blackcurrant, strawberry, and mango. 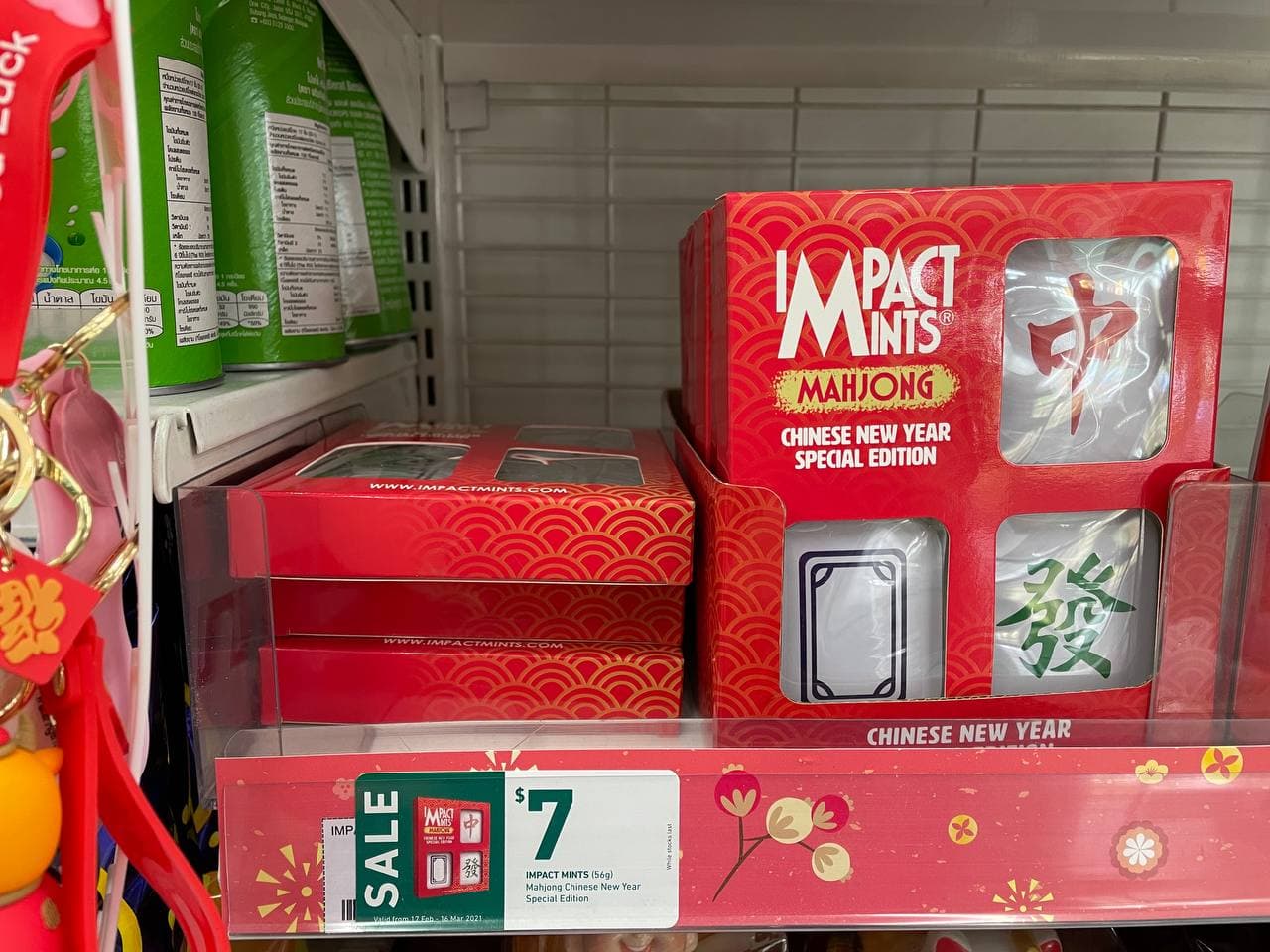