I remember that morning clearly.

I went to the cupboard where all the red packets were kept, carefully chose two (a bright red one for my father, and a purple one for my mother) from the bunch, and slot some money into each.

In my family, what happens on the morning of the first day of Chinese New Year is my parents and I (I’m an only child) would exchange new year greetings (typical).

Usually, the greetings are exchanged in the living room, either before or after breakfast.

They would, by a custom my family parents and grandparents have always had, also each give me a red packet (also typical).

But since 2019, I decided to prepare a red packet for each of my parents as well (not so typical) instead of just offering my well wishes to them.

For the record: singles don’t actually have to give angpows to their parents

Here’s the thing — according to Chinese customs, I technically don’t have to since I’m unmarried.

From my conversations with my peers, it is generally agreed that singles don’t give their parents angpows (unless, of course, their family believes in the custom that children should start giving parents angpows the moment they start working).

And you’ll find quite a few articles stating pretty clearly that angpows are traditionally handed out by married couples to their parents and other children.

But I still chose to give my parents an angpow anyway.

Growing up, I have learnt that giving gifts, especially money, is a default (and perhaps very Asian?) love language of showing thoughtfulness, and letting someone know that we care about them.

I've watched how my parents would shower my relatives with gifts of food and random angpows. Cue back and forth tussling when said relatives are reluctant to accept the money.

In fact, I think the material aspect of "giving back" to our elders has become a measure (rightly or wrongly, but that’s another story altogether) of what it means to be a good son or daughter in our society.

Like how there's a social expectation for young Singaporeans to give a portion of their monthly salary to their parents once they start working.

But don't get me wrong, I think we can all agree that displaying concern for our loved ones cannot, and should not, be reduced to material terms.

So, why the CNY angpow? To me, it's really less about the money than it is about the gesture of giving — it's one of the ways of telling my parents that I cherish them, without having to fret over how to verbalise it.

I grew up in an environment where my family never really expressed their love verbally.

Like many other Asian families, my parents were never the sort to shower me with compliments or encouragement. Every now and then, they would tell me things like “do your best is enough”, but there was never any mollycoddling when it came to failure or mistakes (“see la!! I already told you don’t go and do that!!” *angry angry angry*).

We also haven’t been in the habit of throwing grand celebrations or giving gifts when it comes to birthdays. At least as far as I remember, not since after my 12th birthday or something.

What usually happens is that we will send one another texts in the family WhatsApp group chat (my parents are particularly fond of using Bitmoji) and then go for dinner together sometime later in the week.

Which is perfectly fine for me, don’t get me wrong.

It is through their little everyday gestures — my father offering to pick me up from work (and school, back then), my mother cooking an extra fried egg for me or packing me a sandwich for breakfast — that I am reminded of my parents’ love and concern for me.

It’s the same for me when it comes to expressing my love for them. I always found it a bit weird for me to say “I love you”, or “I care about you” out loud; thinking about having to say this to my parents feels super awkward.

Instead, unsurprisingly, I express my love in nonverbal ways. Like picking up some cakes for my mother on the way home because I know what she gets hungry in the afternoons.

It's along this same vein that I decided to start giving my parents angpows at Chinese New Year.

It wasn't because I was trying to “repay” them financially for bringing me up. And unlike the monthly contributions from my salary, I didn't give the angpow with the intention of offsetting household expenses.

Rather, I did this for my parents as a way of letting them know that I am thinking about them, and care enough to do something to put a smile on their face. In whatever small way I know how.

Their response far exceeded what I could have imagined

And doing it was a wonderful experience too — and for my parents as well, it seems, seeing that the response from them was unexpectedly moving.

When I presented my parents with their angpows two years ago, my mother went “Wah, I also have ah?” or something to that effect, and then pointed it out to my father, who asked if he was going to get one as well.

And when I gave his to him, I remember him trying to act like it was no big deal (“oh okay, thank you”).

But I am fairly certain they were pleasantly surprised and maybe even deeply appreciative of my gesture, going by the photo of my angpow my mother posted on her Facebook to show it off to her friends.

Several months after Chinese New Year that year, I also noticed the angpow I gave my mother tucked in the pages of a calendar in her room.

She had specially kept it in her bedside dresser. In fact, I’m not even sure she took the money out of it.

But knowing that my gesture was indeed appreciated — may I say, even cherished — made all the difference. 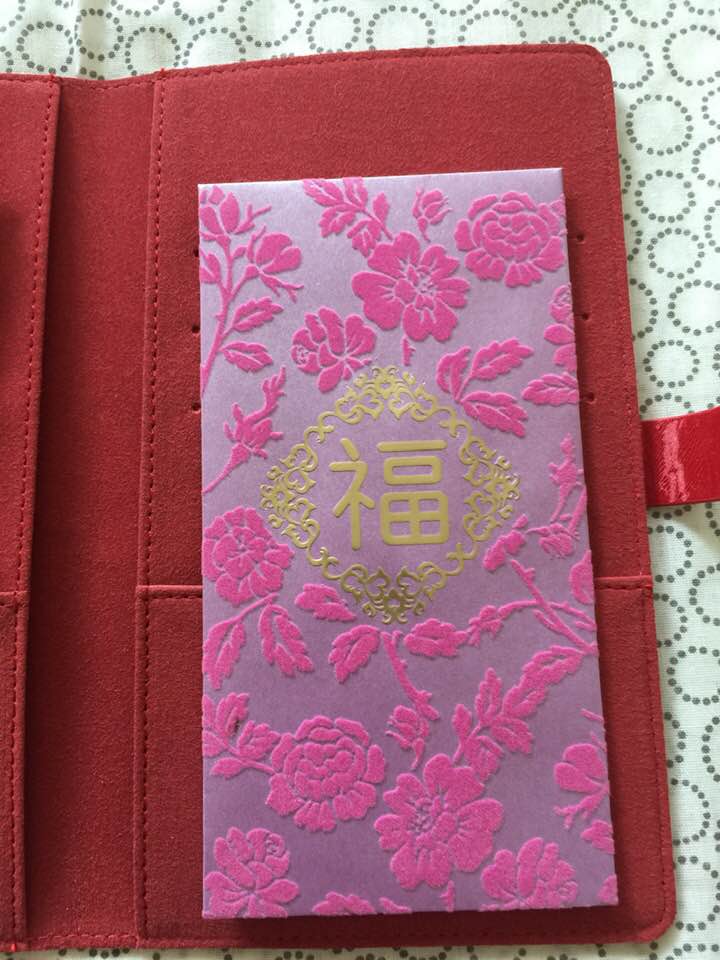