Things are still on the rocks between frenemies Christine Chiu and Anna Shay, it seems.

In a catch-up video with the "Bling Empire" cast released by Netflix on Jan. 25, socialite Chiu reflected on being played by Shay, a 60-year-old heiress whose father deals in weaponry.

"When I'm watching Anna play games changing my seat or telling me the wrong time to show up, watching it replay, it hurts still a little bit now.

I do know Anna's heart and I respect her. It is what it is."

The video then cuts directly to Shay saying,

"I didn't feel that certain people were really real. You see someone like Christine, it's very very hard for me to take her seriously."

When Chiu subsequently said that they've exchanged texts and had dinner together, Shay simply replies with a curt and immediate "No," before elaborating that she does not talk to Chiu.

What happened between the two

In the first episode, the socialite had decided to flaunt a highly exclusive piece of jewellery at Shay's dinner party as a power move.

Annoyed, Shay banished Chiu and her husband (the 24th direct descendent of the Song Dynasty, lest we forget) to the end of the long table, effectively separating them from the herd. 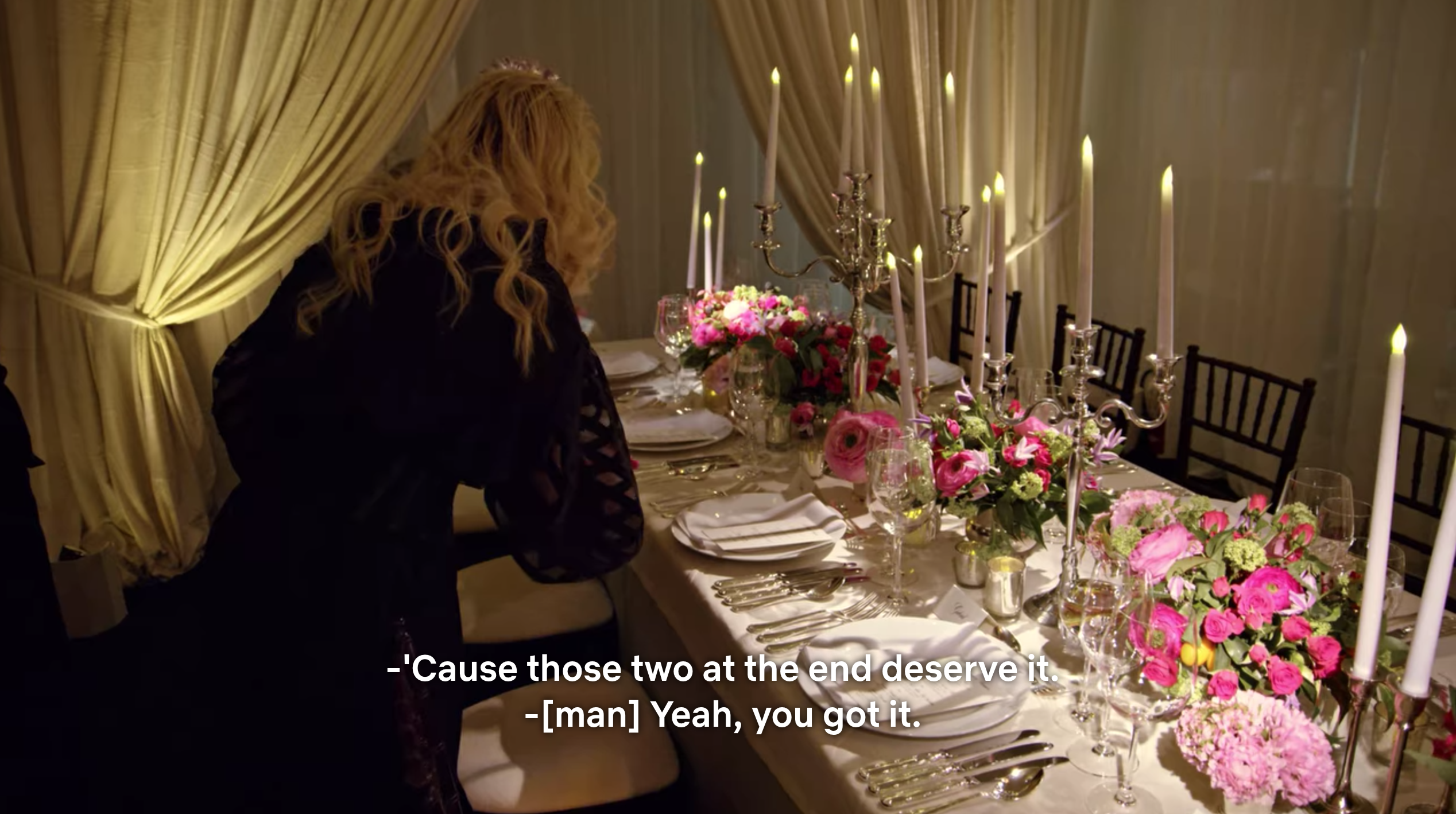 In another episode, Shay deliberately told Chiu to show up to yet another party at 9pm — the tail end of the event.

The heiress was overheard saying that she did not want to have to deal with Chiu the entire night, and therefore told her to show up later.

All that friction, however, apparently stemmed from Shay's sentiment that Chiu had become the materialistic, name-dropping sort, a vastly different person from whom she knew.

In an interview with People published Jan. 26, 2021, however, Chiu expressed something quite different from the Netflix video:

"I'm happy that everyone is getting a good chuckle and laugh out of the cat-and-mouse game that Anna and I play, it's meant for entertainment.

With regards to the dinner party scene, if it makes her happy to play a little trick on me, that's fine. It's okay. I got a little laugh out of it, too."

In both interviews, though, Chiu felt that the series showed only one aspect of her, and hoped that everyone will get a "rounder perspective" of things if there were to be a second season.

"I was very nervous to see how some of my playful, mischievous side would come out on screen, and the dramatic like, cat-and-mouse game I had with Anna. So I do regret the way I came off," she added in the Netflix interview.

You can watch the catch-up video here, where the cast also talks about the Penis Pump Incident: