The festivities this year may be somewhat unlike previous years, considering that the risk of the Covid-19 pandemic is still very real.

With safe distancing rules to abide by and various precautionary measures such as wearing of masks and keeping handshaking to a minimum, this CNY may be rather different for those who celebrate it.

However, at its core, the traditions are likely to remain largely unchanged.

The festival, also known as Lunar New Year, is celebrated in various parts of the world, such as China, South Korea, Vietnam. Ethnic Chinese people in other countries, including Singapore and Malaysia, join in the festivities as well.

While it’s celebrated by various cultures, traditions and festivities can differ slightly depending on the culture or country.

In Vietnam, where the Lunar New Year is known as Tết, families traditionally cook festive dishes such as bánh chưng (traditional rice cake made of glutinous rice, mung beans, pork) and bánh dầy (plain, white, flat glutinous rice cake) in the days leading up to Tết.

Even in China, CNY practices may differ from region to region. In northern China, people usually eat dumplings on CNY eve, while people in Southern China typically have rice cake and “tangyuan”.

Lots of sweet food eaten in S’pore during CNY

CNY could be considered a “season of giving” for those who celebrate it here, as elders not only give children red packets for good luck, but it is also a practice to share and exchange goodies and snacks during the festive period.

There are also a number of unique types of food and snacks that people in Singapore often eat and exchange as gifts during CNY.

Sweet foods are very much a staple during CNY for auspicious reasons: that sweetness conjures all the warm, fuzzy feelings and brings sweet blessings for the new year.

They come in various forms, including sweet soup with dried longans and white fungus, pastries such as pineapple tarts, and various tidbits and snacks such as cookies, chocolates, and candies.

Pineapple tarts are arguably the most common and popular CNY goodies eaten during festive periods in Singapore.

Pineapple tarts are particularly enjoyed during CNY in Singapore and some parts of Malaysia, although they can still be found in some bakeries throughout the year.

The high-calorie snack owes its popularity to a pun in its name -- pineapples are called “ong lai” in Hokkien dialect, which means to “bring prosperity”, bringing fortune to those who eat them during CNY.

Another popular snack, bak kwa (meat jerky), is often on the top of the list of must-buy items during CNY. 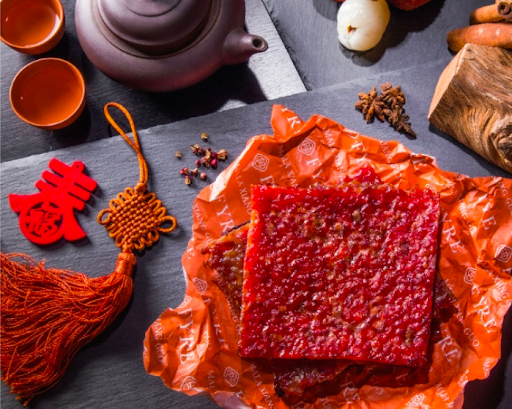 While bak kwa found its roots in China, the flavour that Singaporeans are familiar with today was adjusted and developed to suit the palates of locals here.

Bak kwa found in Singapore are generally sweet and savoury, with significant amounts of sugar found in most recipes.

While both snacks are popular as gifts, snacks such as preserved fruits, jelly candies, love letters, and other sweets are also commonly exchanged among relatives and friends.

Personally, I like to include chocolate in my CNY gifts, as they’re a more modern alternative but equally indulgent gift for my loved ones.

Moreover, they’re a staple in almost every household during CNY these days, in different shapes and forms.

Their longer shelf lives also means that my relatives can slowly enjoy them throughout the year as well, without needing to gorge themselves to “clear stock”.

Chocolates are less conventional compared to pineapple tarts and bak kwa, but it’s a delicious perk-me-up at any time of the year. So who cares if it’s less traditional, as long as your loved ones enjoy eating them?

A box of assorted flavours hardly ever goes wrong, with a variety for guests and friends to pick from.

If you’re not sure where to start looking from, Cadbury’s CNY chocolate box is a pretty attractive option. 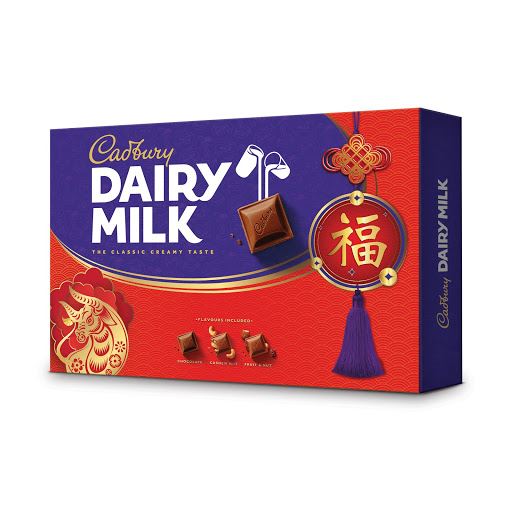 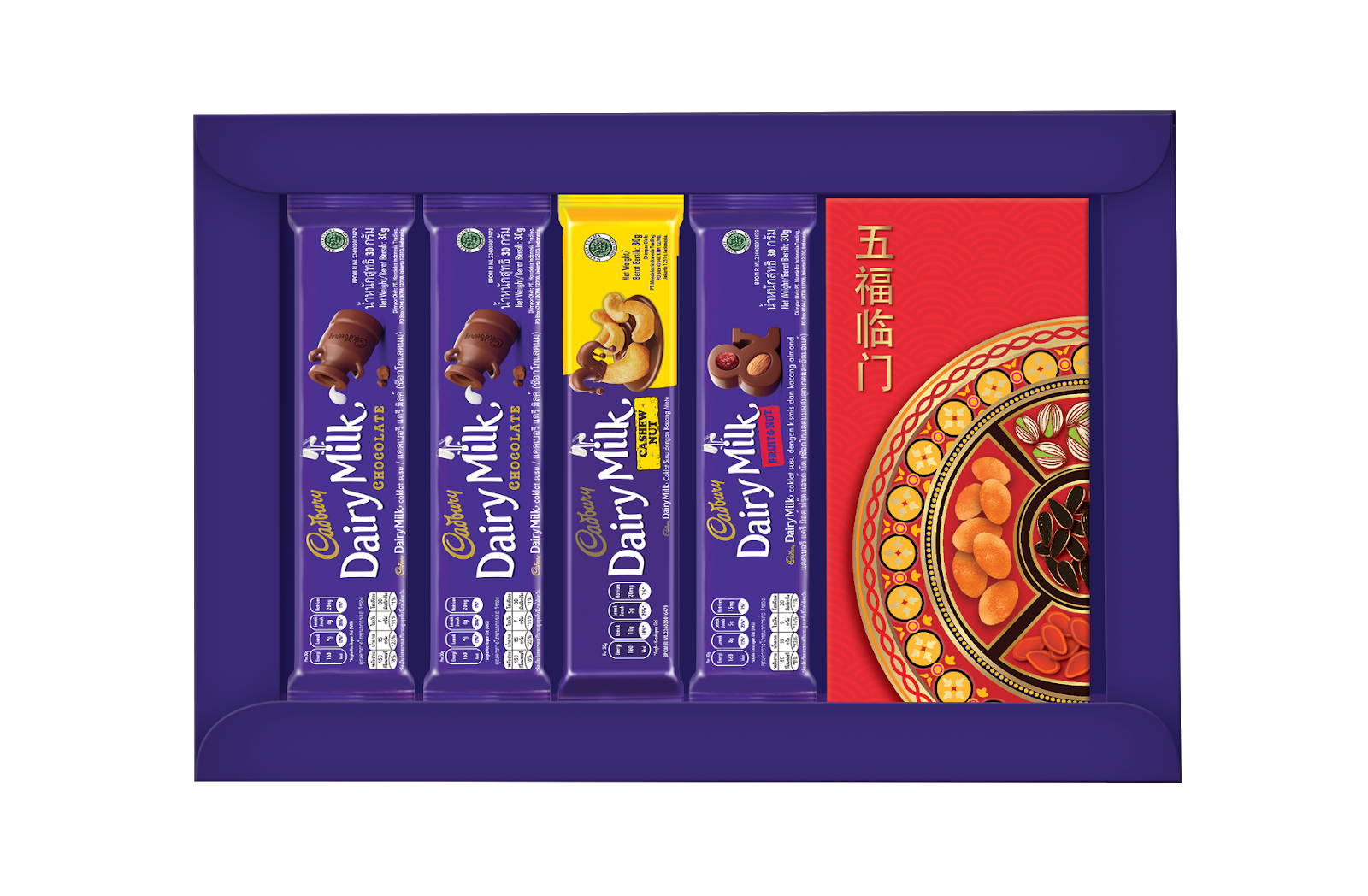 Priced at S$9.50 per box, they’re pretty affordable (for my limited budget).

The CNY chocolate boxes are available in all hypermarkets and supermarkets.

You can find out more here.

This sponsored post has reminded this writer of the best part of CNY -- the snacks.