In 1985, an 18-year-old schoolgirl who went jogging near her home in the evening ended up raped and murdered.

Her naked body was subsequently recovered from dense undergrowth some 4m from the road.

The student, Winnifred Teo Suan Lie, was nearly 1.5km from her home in Maryland Drive. 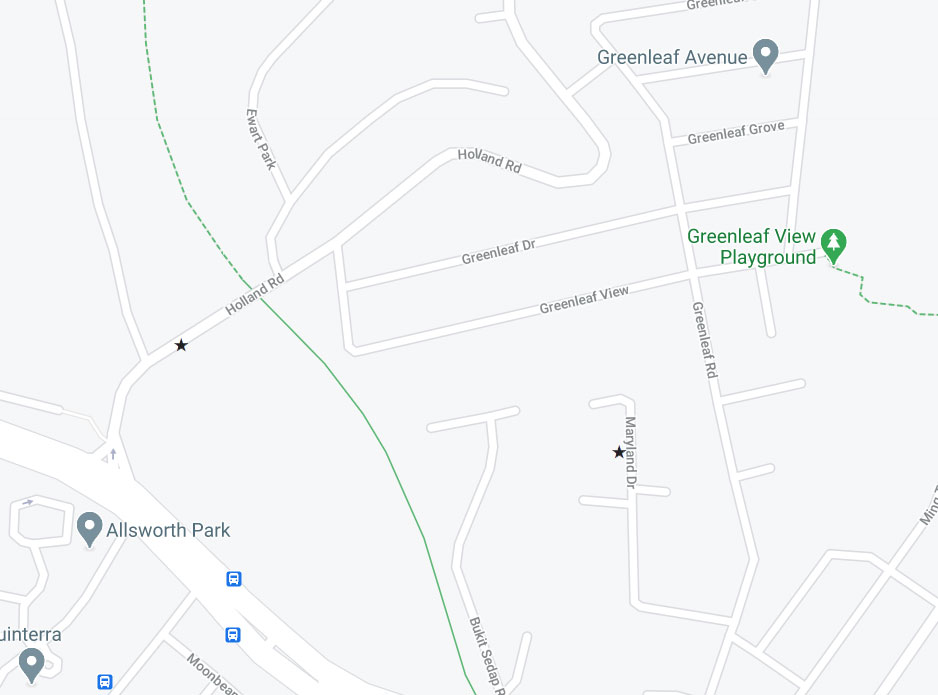 She was found stabbed to death beside a deserted stretch of Old Holland Road on May 22, 1985. The brutal murder shocked Singapore as it took place in a prime estate close to town.

Teo's hands were tied with her own t-shirt and bra and she had six stab wounds in her neck, with bruises on her face and body.

Her pink jogging shoes, black shorts and watch were found nearby.

Teo was a Pre-University Two student at Catholic Junior College.

She had gone jogging at about 6pm on Wednesday.

Her mother made a police report at 4am after he daughter did not come home.

A pre-dawn search in the area was carried out.

The search took six hours before her body was found among the bushes.

Her mud-covered body was found at 11.30am the next day.

Police believe Teo was murdered between 6pm and 7pm on Wednesday.

A post-mortem report by the government pathologist showed that Teo had been raped.

Teo was the second of three children.

Her family lived in a two-storey house.

The victim's father was a company director and had been away in Munich, Germany on a business trip when the incident happened.

He cut his trip short and flew home right after the tragedy.

He told reporters when asked for his comments: "Winnifred's already gone... there is no point talking about it."

"We'll leave everything (the investigations) to the police."

The Holland Road area where Teo died was a popular spot with joggers.

It is located in the Maryland Estate, Bukit Timah and Sixth Avenue area.

The location was suitable for jogging as it was relatively free of traffic, which also made it quiet.

According to other people who frequented the area, girls were often spotted jogging there alone.

CJC principal, Brother Joseph Kiely, broke the news of Teo's death to her classmates on May 23, when they were assembled around lunchtime.

Teo's classmates described her as a very active and likeable student.

Teo was a student councillor and was said to have been a model student. 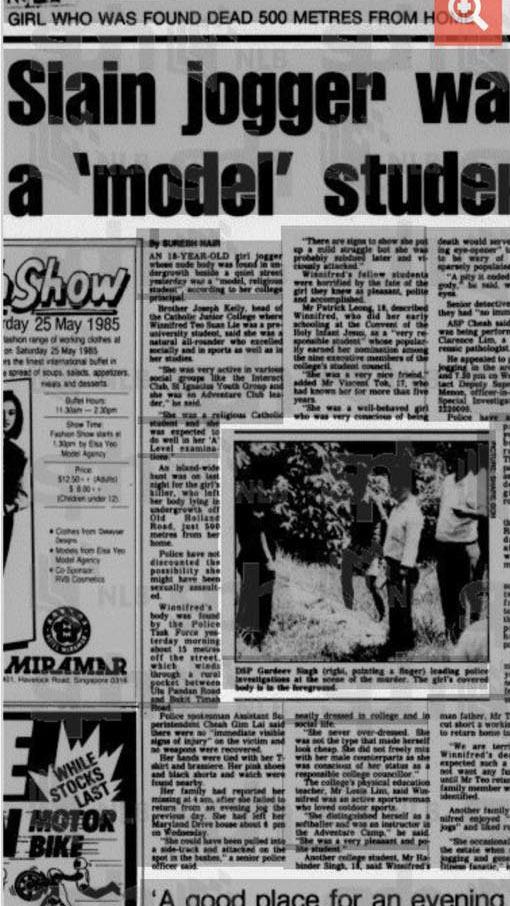 In the aftermath of the murder, schools in Singapore warned its students about travelling alone.

Raffles Junior College, for example, warned its 1,700 students then that girls should move in groups of "at least two or three".

They were also told not to travel alone on lonely roads to and from school.

On May 28, 1985, it was reported that the police offered a S$50,000 reward for information leading to the arrest and conviction of the killer or killers.

The offer was made as it appeared that the police had ran out of leads.

According to The Straits Times then, police sources said the S$50,000 reward came in the wake of "very little" lead in follow-up investigations following the brutal murder.

Two suspects were picked up by the police and interrogated at length, but they were released as nothing came of their detention.