A fight that broke out at Chong Pang in Yishun that left one man motionless on the ground has been caught on camera and shared online.

A series of video clips were shared on Facebook on January 19 showing scenes of the bust-up between middle-aged men.

Details are sketchy but the clips show the altercation taking place with the police eventually showing up.

A man is seen in one of the clips slumped on the ground in front of a drinks stall next to an overturned chair.

There is blood smeared on the ground. 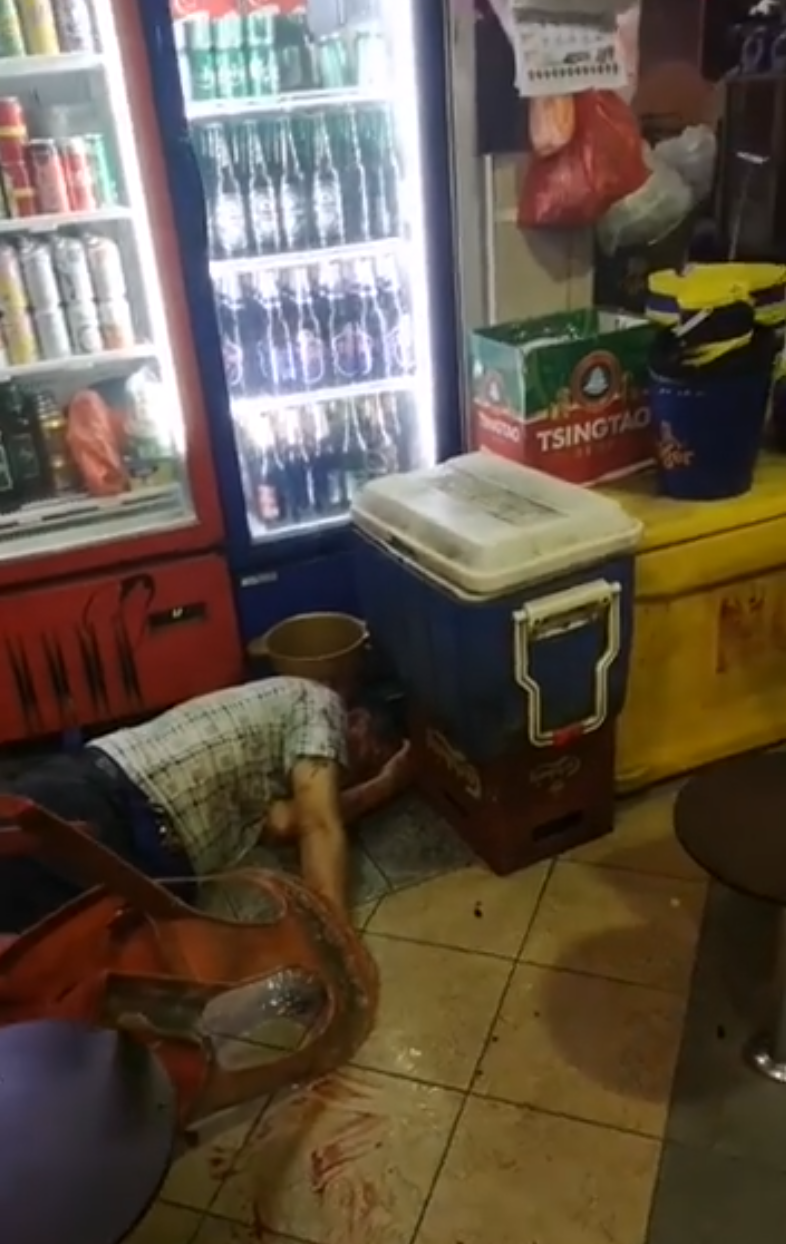 The camera pans to the right and a man in a white t-shirt is seen seated at a table that has blood-soaked tissues. There is blood on the seats as well. 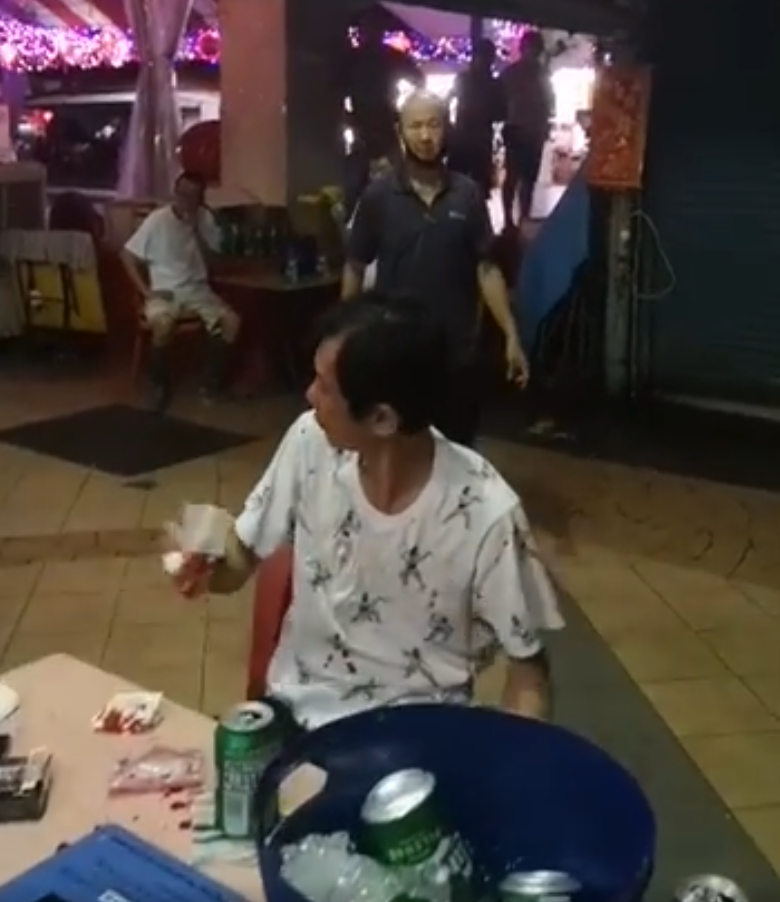 The camera pans back to the man on the ground, with a voice off-camera telling someone to call the police.

In another video, it was revealed that the man who appeared dazed had been in a fight.

The man in the white t-shirt is seen covered in blood, and surrounded by a group of people who look concerned.

A third clip appears to show the events that led to the scenes in the first two clips.

The man in the white t-shirt is seen standing on top of and stomping on the man lying on the ground.

A woman coaxes the aggressor to stop. In the background, a person is heard shouting to call the police.

The man in the white t-shirt is seen with blood streaming from his forehead, possibly from an altercation earlier.

The man who is dazed pulls himself up to a nearby stool.

He gets up unsteadily, shouting: "So many people ganging up on one man!"

In this next clip, the man who is dazed appears in front of the drinks stall.

He calls out to the man in the white t-shirt who has cleaned off most of the blood from his head.

The man in the white t-shirt gets up and moves off.

The camera swivels back to the man who is dazed who, at this moment, reaches into a crate of beer — to shouts of "OI! OI!" from bystanders — and takes out a bottle, which promptly slips from his hand and smashes onto the ground. 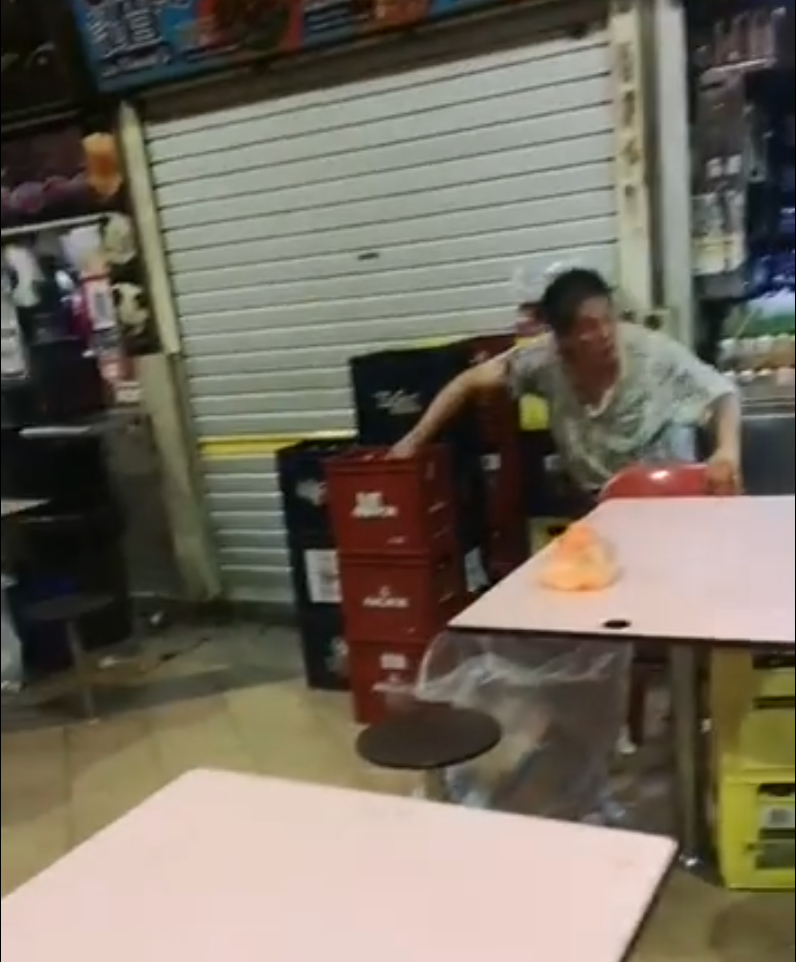 Another shout follows before the sounds of glass being smashed was heard.

In the last clip, policemen arrive at the scene, checking out the man lying motionless on the ground.

All images via Anthony Goh/Facebook.