The Smart Nation and Digital Government Office (SNDGO) issued a press statement on Jan. 8 acknowledging its "error in not stating that data from TraceTogether is not exempt from the Criminal Procedure Code."

The statement comes four days after Minister of State for Home Affairs Desmond Tan confirmed in Parliament that the Police can access TraceTogether data in the course of criminal investigations.

Not thought of the CPC

The next day in Parliament, Minister-in-Charge of the Smart Nation Initiative, Vivian Balakrishnan said that he "had not thought of the CPC when [he] spoke earlier” in June 2020.

Back then, he said that TraceTogether data would only be accessed for contacting tracing purposes.

In its statement, the SNDGO said that the government will pass legislation to restrict the use of TraceTogether and SafeEntry data to investigations relating to serious offences.

There will be seven categories of serious offences covered under the use of TraceTogether data, including terrorism, serious sexual offences, escape from legal custody, and more: 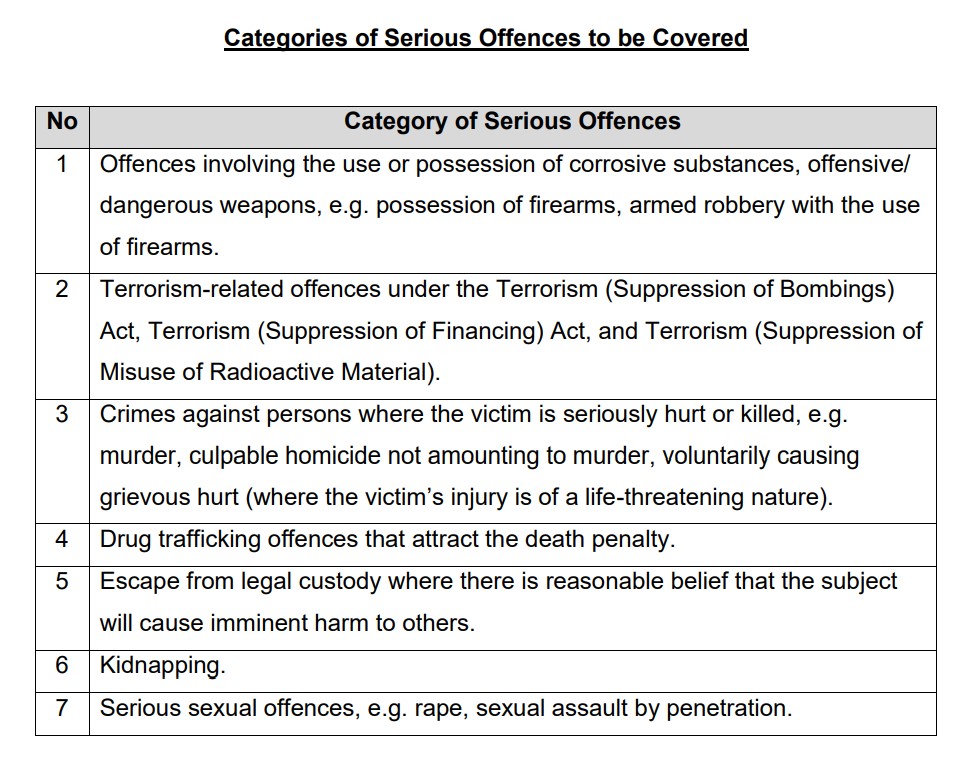 Aside from these seven categories, TraceTogether data cannot be used for investigations, inquiries or court proceedings, said SNDGO.

"It is not in the public interest to completely deny the Police access to such data, when the safety of the public or the proper conduct of justice is at stake.

If a serious criminal offence has been committed, the Police must be able to use this data to bring the perpetrators to justice, seek redress for the victims, and protect society at large."

The legislation will be introduced during the upcoming February sitting of Parliament.