A pizza restaurant found themselves in the hot seat after going MIA on one too many orders.

One customer, Carol, spoke to Stomp about the $72 advance order she'd placed with Little Caesars Pizza on December 18.

She had intended to celebrate her eight-year-old son's birthday and New Year's Eve on December 31 with a pizza party.

Carol told Stomp that the gathering and birthday celebration was "the first time in 10 months her extended family of 12 could gather under one roof".

"Nothing was delivered, ever"

However the pizza never came.

Instead, the family ended up buying fishball noodles from the nearby kopitiam.

According to comments she left on Little Caesars, she had apparently placed the order more than a week ago.

She had also apparently emailed them again on the day itself.

A major gripe was how there was no followup by the pizzeria, which threw their dinner plans and birthday party into disarray.

Carol told Stomp that since "everywhere was also packed", she decided not to risk another long queue for food, eventually deciding on the fishball noodles from the nearby kopitiam.

Not the only one 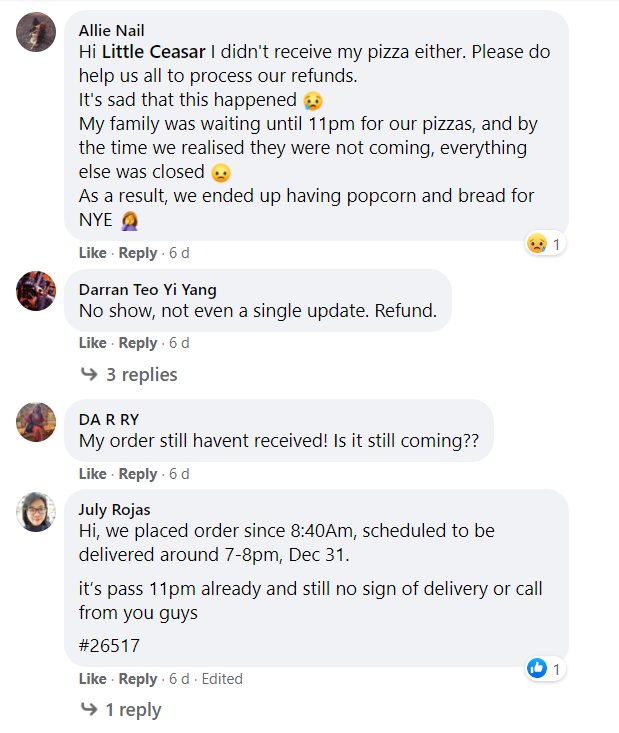 Little Caesars has since posted an apology on their Facebook. 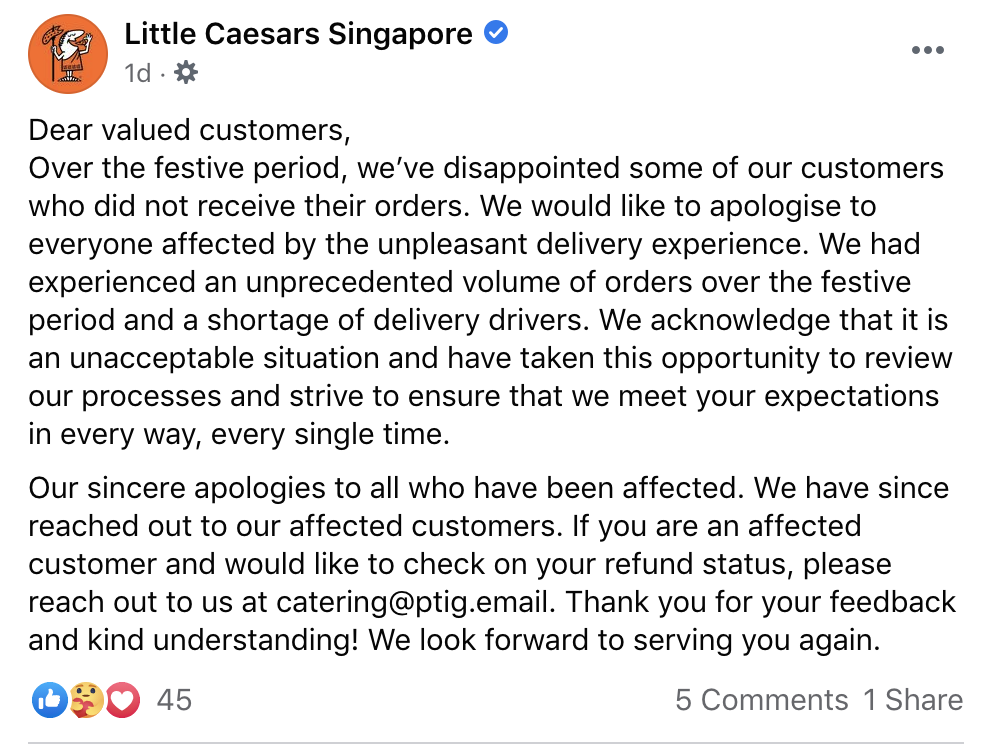