The Ministry of Health (MOH) has confirmed 31 new cases of Covid-19 in Singapore on Wednesday, Jan. 6.

There are two cases in the community today.

Here's the breakdown of the cases:

His job entails delivering pre-packed meals to air crew and hotel guests. He did not interact with diners at Azur.

He tested positive for a pooled swab during Rostered Routine Testing (RRT) on Jan. 2, and was tested again on Jan. 4. On the same day, he started to develop acute respiratory infection (ARI) symptoms.

His individual test result came back positive for Covid-19 infection on Jan. 5, and he was conveyed in an ambulance to the National Centre for Infectious Diseases.

His serological test result has come back negative, indicating that this is likely a current infection.

He has also tested preliminarily positive for the B117 strain, and is pending further confirmatory tests.

Case 59034 is a 31 year-old male Filipino who arrived from the Philippines on Dec. 4, and served SHN at a dedicated facility until Dec. 18.

His pre-departure test taken in the Philippines on Dec. 1 was negative for Covid-19 infection, and his test on Dec. 14 during SHN came back negative as well.

He is a Work Permit holder who is employed by Singapore General Hospital (SGH), but has not started work yet. As part of his pre-employment health screening, he was tested for Covid-19 on Jan. 5 even though he is asymptomatic, and his test came back positive.

He was subsequently conveyed to SGH in an ambulance.

His serological test result has come back positive, which indicates a likely past infection.

Epidemiological investigations are ongoing. In the meantime, all the identified close contacts of the cases, including their family members and co-workers, have been isolated and placed on quarantine, and will be tested at the start and end of their quarantine period for the detection of asymptomatic cases.

One (Case 59006) is a Dependant’s Pass holder who arrived from India.

One (Case 59022) is a sea crew holding a Special Pass who arrived from China on board a vessel. He was swabbed upon arrival in Singapore.

Cases 59023 and 59024 arrived from the Philippines and Japan respectively for work projects here. They were swabbed upon arrival in Singapore and isolated while awaiting their test results.

Case 59027 is here to visit her Singaporean spouse.

Here's a breakdown of the imported cases: Here is the latest list of locations visited by confirmed cases within the last two weeks: 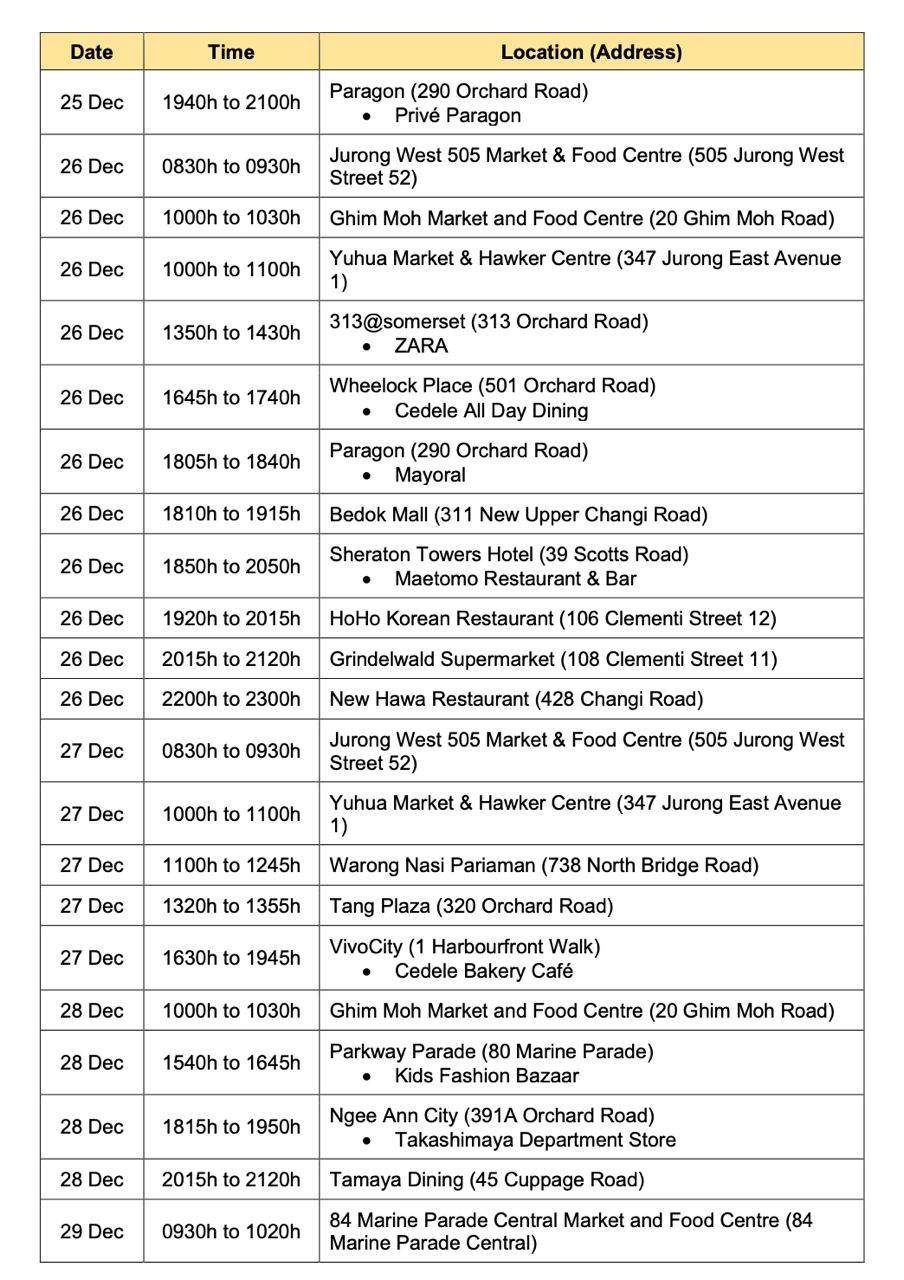 24 more cases of Covid-19 infection have been discharged from hospitals or community isolation facilities.

In all, 58,541 have fully recovered from the infection and have been discharged from hospitals or community care facilities.

There are currently 64 confirmed cases who are still in hospital. Of these, most are stable or improving, and one is in critical condition in the intensive care unit.

146 are isolated and cared for at community facilities.