The Land Transport Authority (LTA) has awarded JSM Construction Group Pte Ltd the contract to build the civil infrastructure for the upcoming Hume station on the Downtown Line.

Hume station is located between Hillview and Beauty World stations.

Here's a photo of what the station is expected to look like: 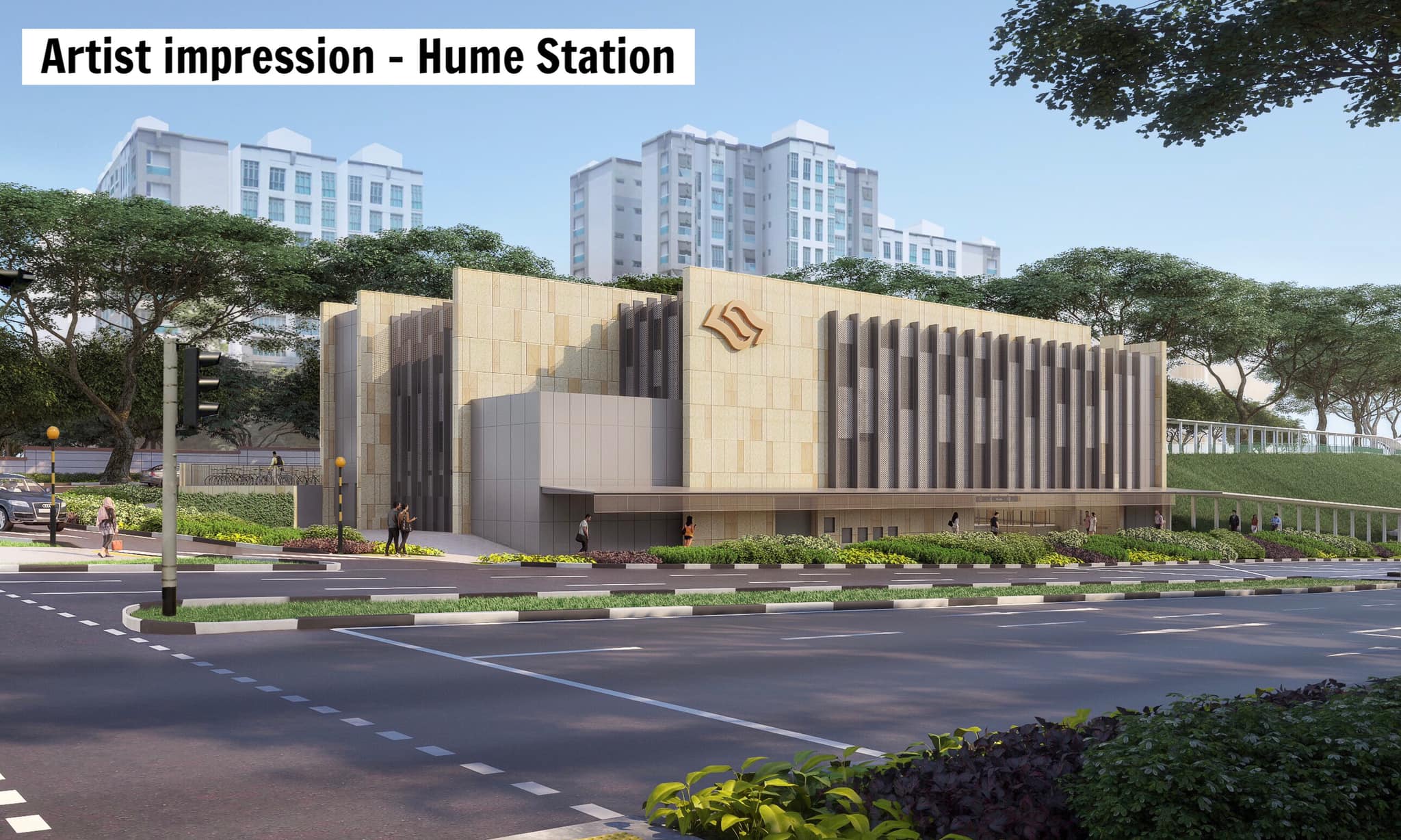 For those who are familiar with the area, the station's entrance will be located just outside the Hume Park 1 and Hume Park 2 condominiums. A basic structure for the station has already been constructed, so this project involves further works to turn the station into an operational one.

This involves the construction of the station entrance, ventilation shaft, and fitting-out works (works that make a commercial interior space suitable for occupation).

The contract awarded to JSM Construction Group Pte Ltd is valued at S$34,338,000.

"As the station is along an operational line, majority of these works will only be carried out after train services have stopped running, and when the operator is not carrying out maintenance works," said LTA.

More works before it opens in 2025

Further down the road, the station will also require the installation and testing of rail systems as well as electrical and mechanical services.

The rail systems will be procured from the same contractors who supplied them for the Downtown Line. The contracts for the electrical and mechanical services will be awarded later this quarter.

LTA will conduct testing of the station after all the installation works are completed.

The station is expected to open in 2025. Aside from serving residents in the area, Hume station will also provide convenient access to the Rail Corridor and the Former Ford Factory.

Hume station did not open with the rest of Downtown Line 2 in 2015 because of insufficient demand.

However, with the redevelopment of the Rail Corridor and the former Bukit Timah Fire Station, the authorities announced in 2019 that the station would open 2025.