It is not uncommon to see brightly-coloured notices tied to abandoned bicycles — typically a message from the authorities to the owners that their bikes will be cleared away if not removed by a certain time and date.

A bright orange notice, secured with a cable-tie to a child's bicycle, conveyed a very different sort of message, however. 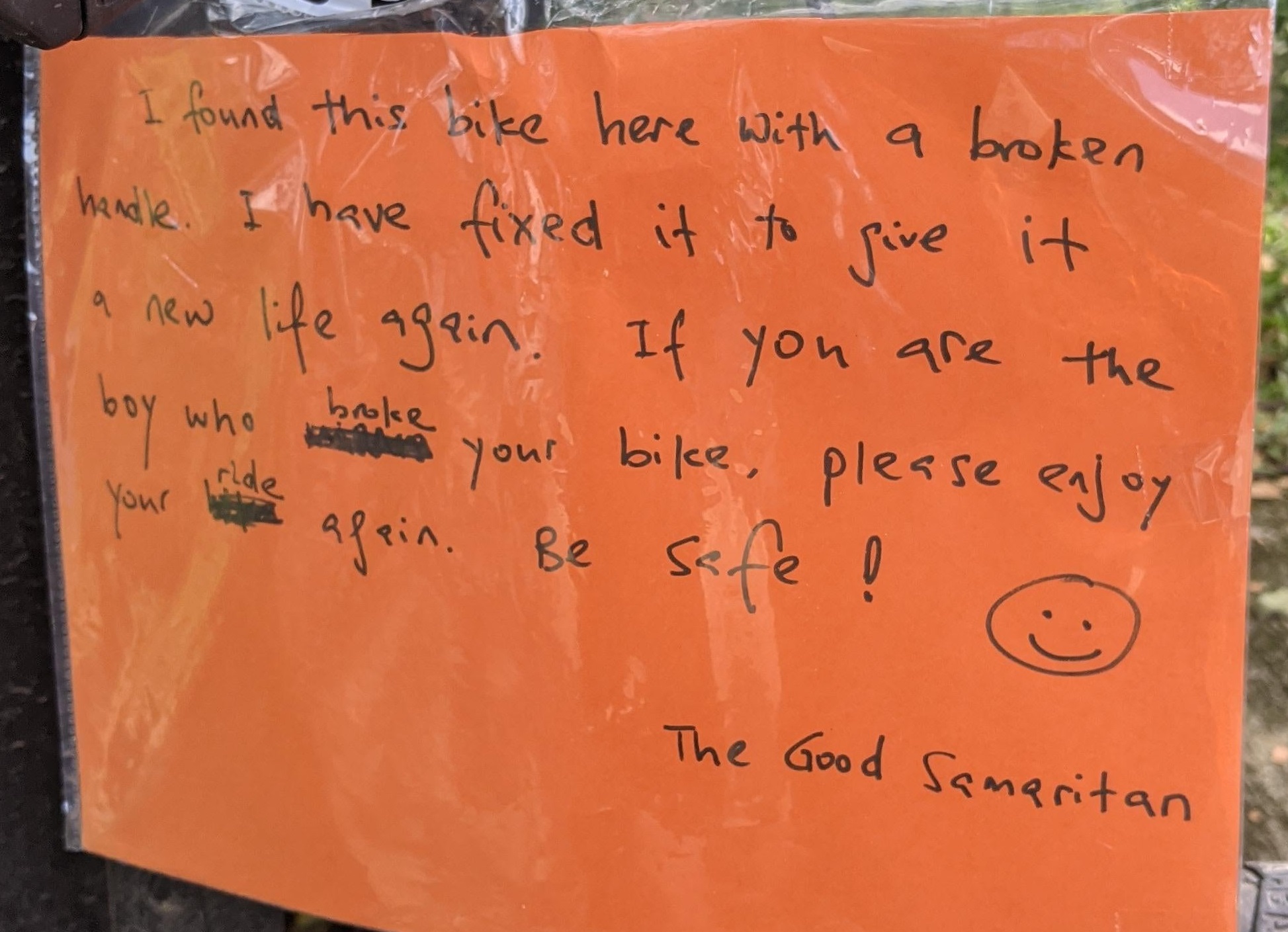 In case you can't see it, the message reads as follows:

"I found this bike here with a broken handle. I have fixed it to give it a new life again. If you are the boy who broke your bike, please enjoy your ride again. Be safe!

Photos of the bicycle with the attached notice were uploaded onto the Roads.sg Facebook page on Jan. 18.

The child's bicycle had apparently been left at Alexandra Canal Linear Park, with broken handlebars.

Upon discovering the abandoned bike, the "Good Samaritan" took it upon themselves to get it repaired, before replacing the bicycle back where it had been left by its owner, at the side of the Park Connector (PCN).

The prominent notice, written on orange paper, was inserted into a clear holder, and appears to have been taped up to prevent potential water damage.

The bicycle appears to be a "Flying Bear" model from the brand Royalbaby, which comes with both front and rear suspension, as well as wide tires — features that one would commonly find on a mountain bike.

While it's not known how the bike came to be damaged, the notice ends with a reminder to the bike's user to "be safe!"