A fight between one man and a group of nine patrons at Whampoa Hawker Centre broke out after the man was seen confronting some of the diners mingling around a table.

The incident, which happened on Jan. 14 according to a CCTV recording circulating on Facebook, showed a man wearing a striped shirt walking up to a group of nine people sitting around a long table.

The middle-aged man was seen talking to another woman wearing a black T-shirt cordially, before turning away for a moment. 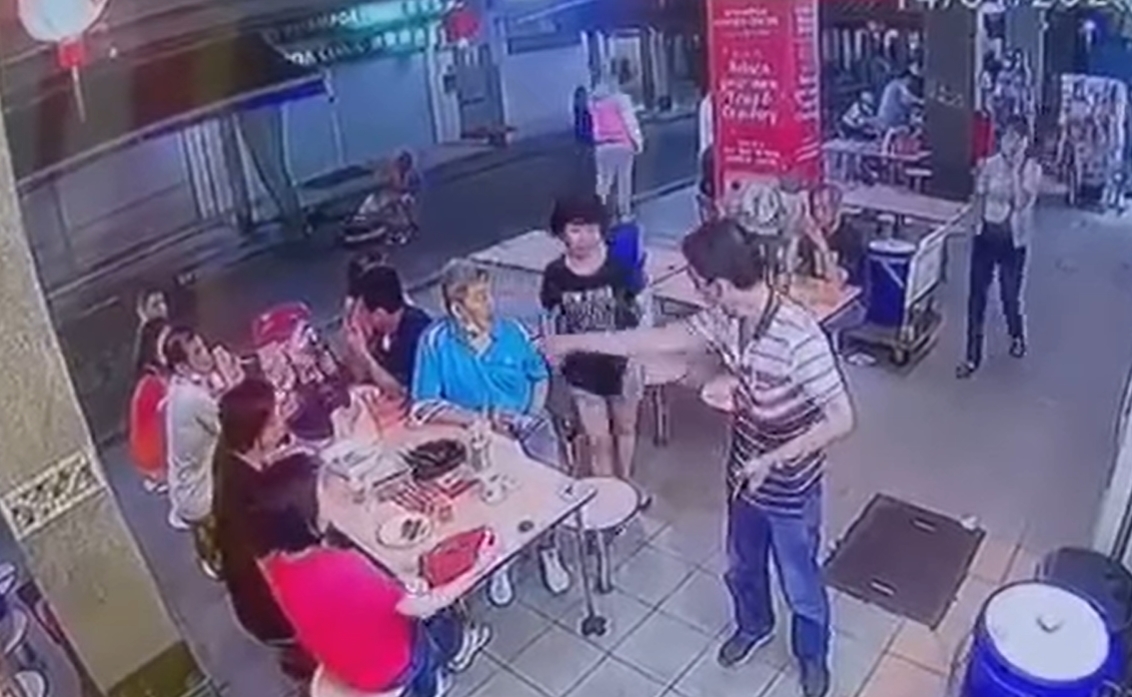 Soon after, another woman wearing a striped shirt walked up to the group, and what appeared to be a normal conversation evolved to what looked like a verbal confrontation between the two women. 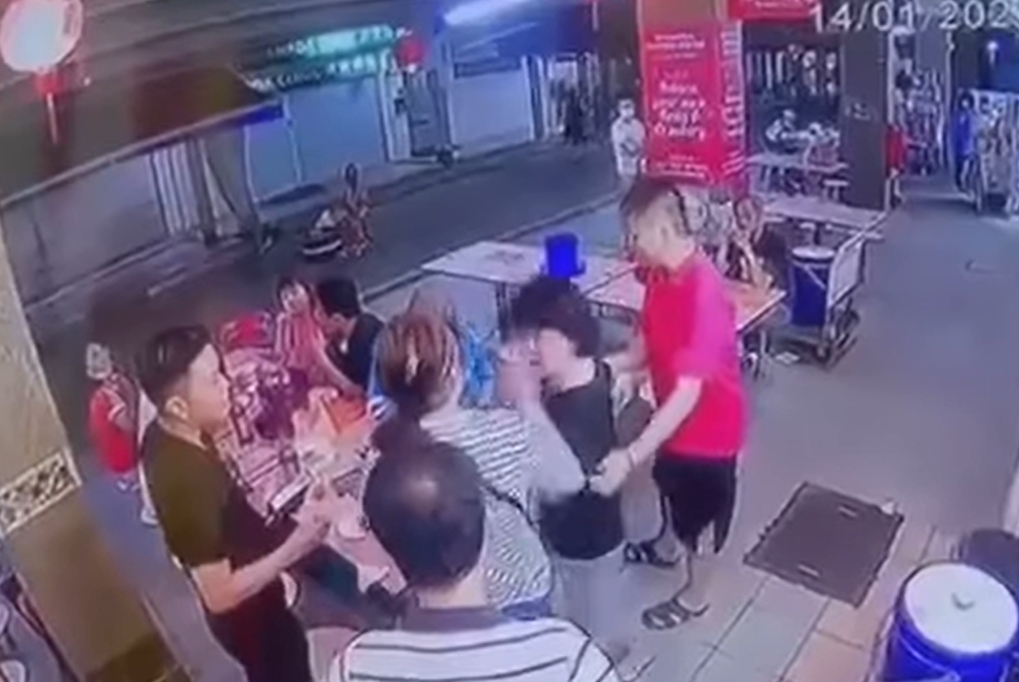 After the long confrontation, the situation seemed to calm down.

However, one of the male diners in black appeared to do something to incite the man's anger, resulting in a physical confrontation between the two men as police officers approached the group. 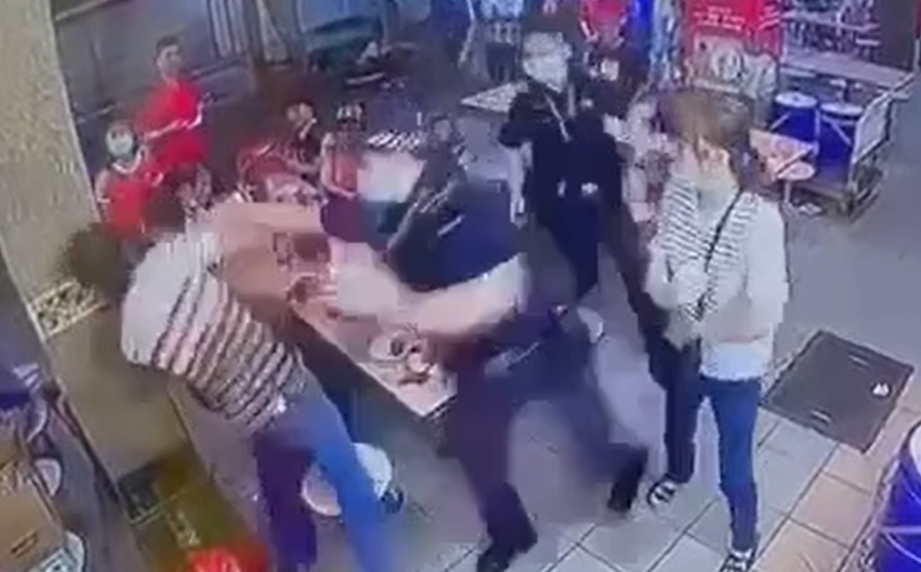 Two police officers were seen swiftly intervening in the fight, pulling the man in stripes away from the group.

Mothership reached out to the police to enquire about the incident.

According to the police, one 56-year-old man was arrested in relation to the case.

"On 14 January 2021 at 8.21pm, the Police were alerted to a case of fight at 90 Whampoa Drive. A 56-year-old man was arrested in relation to the case. Police investigations are ongoing," the police said.

Top image via All Singapore Stuff/Facebook