You would think living at the new HDB flats in Dawson — with impressive panoramic views from their roof gardens — would be perfect come the festive season.

The reality, however, is less than ideal according to several residents who took their frustrations online.

A Facebook page called Dawson SkyVille SkyTerrace — presumably set up by the dwellers of the [email protected] and [email protected] HDB flats — rang in the new year with a complaint about members of the public crowding out the roof gardens at the flats.

"These people don't observe safety distancing, they mess up the whole Roof Garden with their litter, some smoke there when it's not allowed by law and the list goes on," read the Jan. 1 post.

"The crowd also makes it impossible for residents to go up to the Roof Garden."

The post was accompanied by an image of winding queues at the lifts; "we have to queue at the lift lobby just to get back to our homes," the post added. 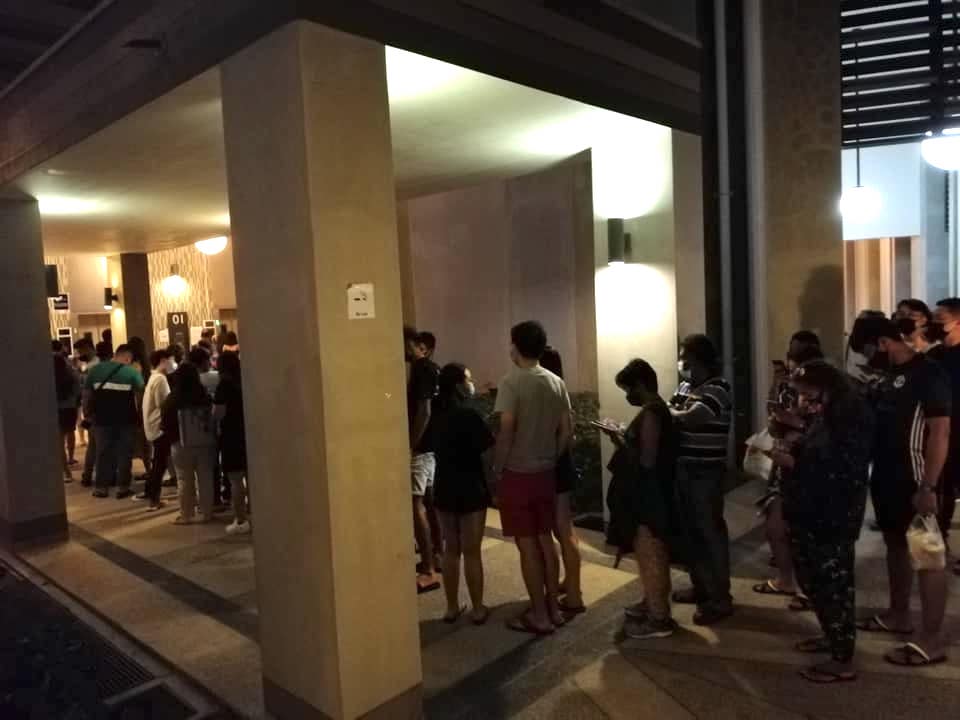 One commenter said that it had taken him nearly two hours to park his car and take the lift to his flat.

The page's admin later added in a comment that they have never been able to use the Roof Garden during the festive seasons.

Other comments on the post from residents complained of "the noise form cheering, screaming, shouting, honking, vehicular exhausts", while others appealed to Henderson-Dawson ward Member of Parliament Joan Pereira to intervene. In response, the Dawson Residents' Committee (RC) Facebook page wrote that they were "aware of the crowd situation on New Year's Eve, when there were many people heading up to the sky gardens to catch a view of the fireworks."

"As your RC, we had also sought assurances from relevant agencies who had deployed their officers onsite to advise the people on safe distancing and to carry out enforcement duties."

The RC conceded that the "overwhelming" crowds had caused "inconveniences to residents" and that more needed to be done.

The RC added it was reconvening a task force meeting with the agencies to prevent a repeat of such situations and that it was open to suggestions from residents.