Editor's note: The article has been updated to reflect that the event depicted in the video occurred two years ago.

A video circulated on social media showed a driver in Singapore saving a cat that had somehow found itself in one of Singapore's highway tunnels.

Posted on TikTok by an account with the handle 1singaporememes28, the video shows the driver approaching a cat sitting by the shoulder the road.

Cars can be seen zooming by on the narrow one-lane road that is either an exit or entrance to the KPE.

The cat is without a collar and appears to have some bald spots on its coat of fur; it sits frozen even as the driver approaches.

He picks the feline up by the scruff of its neck and returns to his car, which is shown to be parked on the road shoulder.

Along the way, the cat can be heard meowing and it is brought to the safety of the driver's front passenger seat.

Video from 2 years ago

According to The Online Citizen, who spoke to Muhammad Andhika — the cat's current owner — the incident actually happened two years ago.

After it was rescued from the KPE, the cat was placed in the care of a fosterer before being adopted by Andhika.

It has since been named Kippy and is "best friends" with another cat that Andhika's family adopted.

Driver praised for how he handled the cat

The video was subsequently re-shared to the Roads.SG Facebook page who described the incident as occurring on Jan. 6 in the KPE tunnel. 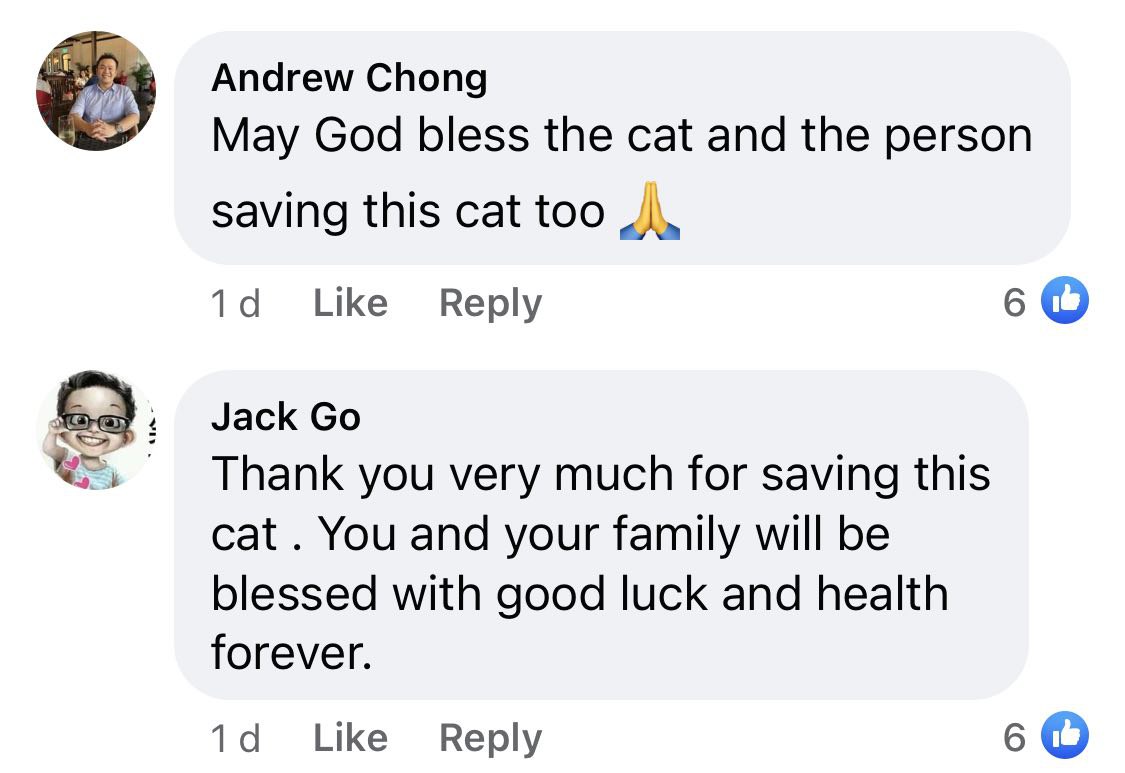 Some even praised the man for the way he handled the animal. 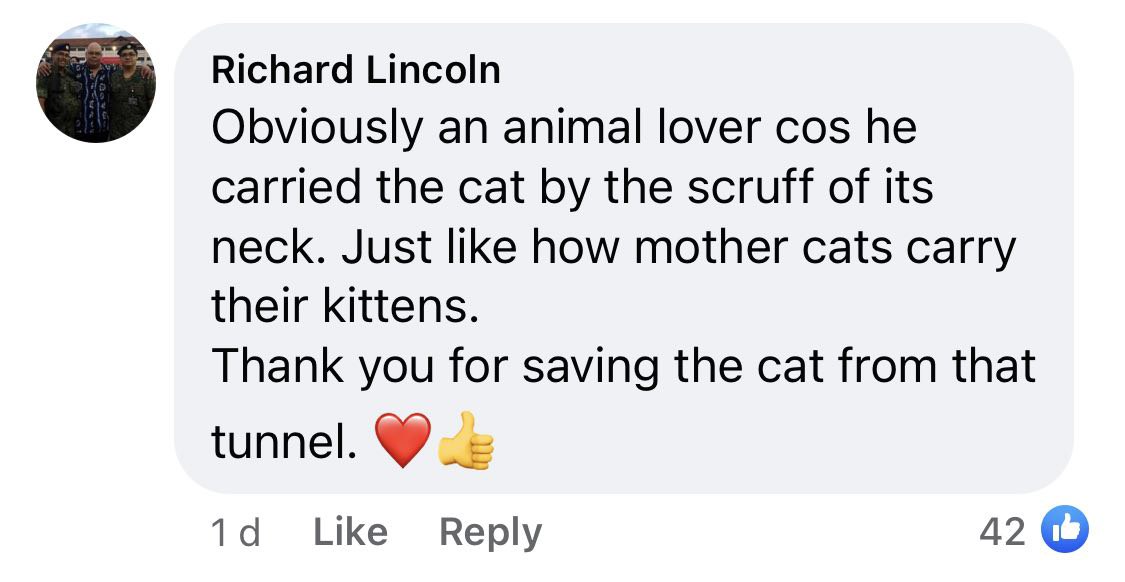