Even though we have now well and truly left 2020's festivities behind, it seems one cat in Singapore is determined not to let go of the holiday vibes.

In a Jan. 18 post on the Singapore Missing Cats Facebook group, a man appealed to that cat's owners, saying he had found the feline at Tampines Street 45.

He attached a picture of the cat, its ginger fur largely covered by the blue Hawaiian shirt it was wearing.

The post has since garnered over 600 shares, presumably due in part to how cute (and absurd) it is to see a cat that would look more at home in a Bali beach bar rather than the Singapore heartlands.

This sentiment was echoed by commenters: 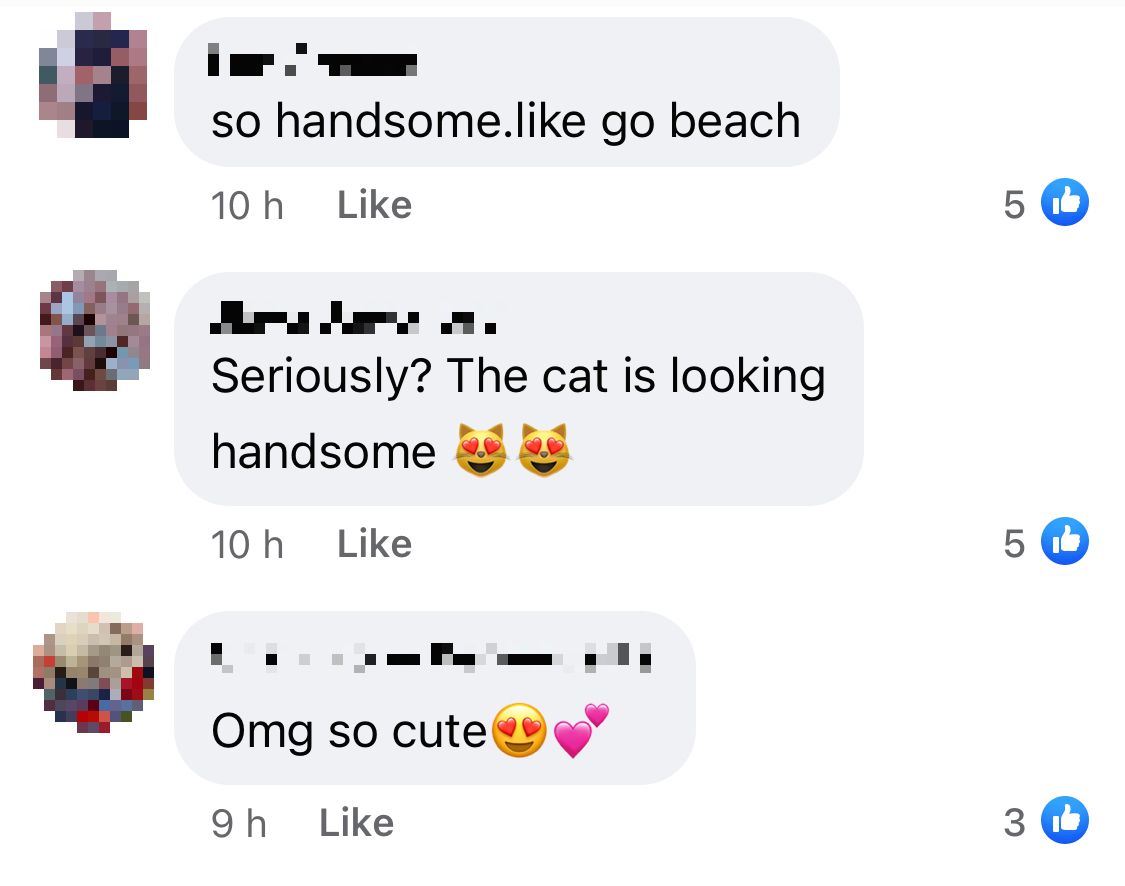 However others warned that clothing the cat could be potentially dangerous: 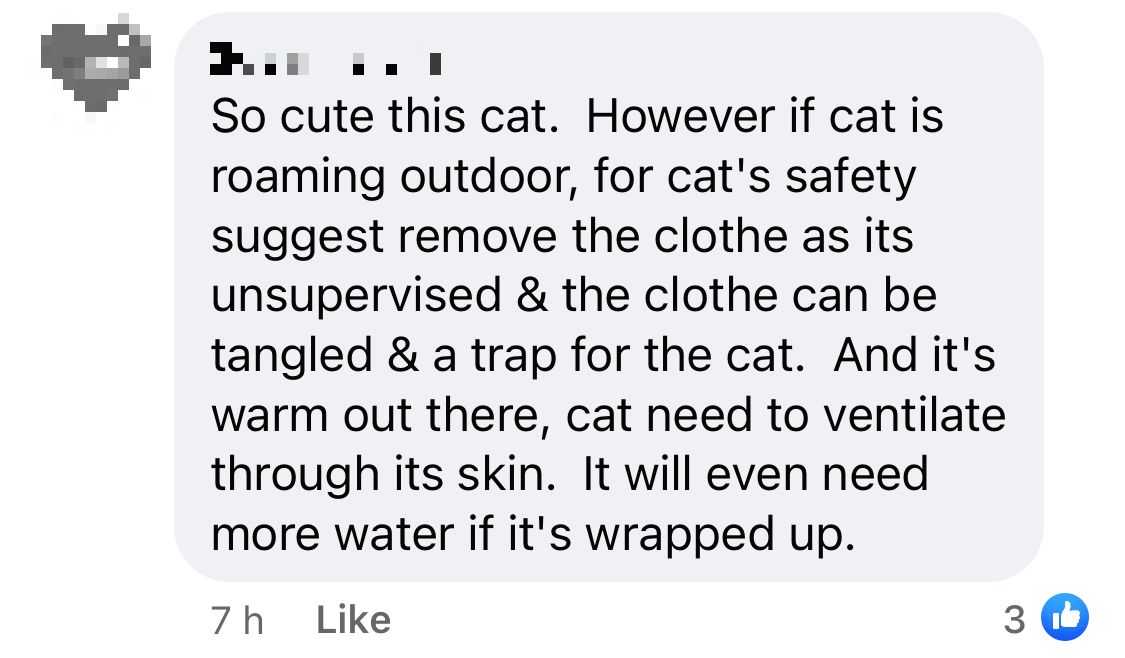 The man who posted the photo seemed to agree with those who were worried for the cat.

He replied in the comment section that he had attempted to undress the feline, but was stopped by its constant hissing.

Eventually he managed to undo its top button.

Should cats be clothed?

A quick Google search shows that opinion is split on whether cats — or any animal — should be clothed.

Some embrace it for how adorable it seems to make their pets, or how it can help to curb bad habits that pets may have such as scratching or plucking their fur.

Others wrote that adding a layer of clothing over an animal's fur could cause it to overheat or cause the pet some level of discomfort.