Recently, a Chinese New Year (CNY) display at Canberra Plaza was criticised by netizens, after they pointed out that the zodiac signboards resembled tombstones, which is regarded as inauspicious during this festive period.

However, Canberra Plaza told Mothership that the decorations were in the midst of completion at the time, and have just been completed.

The signboards are now arranged in a staggered formation

Previously, the Zodiac signboards boasted a curved design at the top of a rectangular signboard, along with a heavy base, which resembles ancestral tablets and traditional Chinese tombstones.

The dim lighting in the photo also didn't do the signboard any favours, given that it gave the entire display an ominous vibe. The new zodiac signboards are now in a staggered formation, rather than being arranged in a long row. 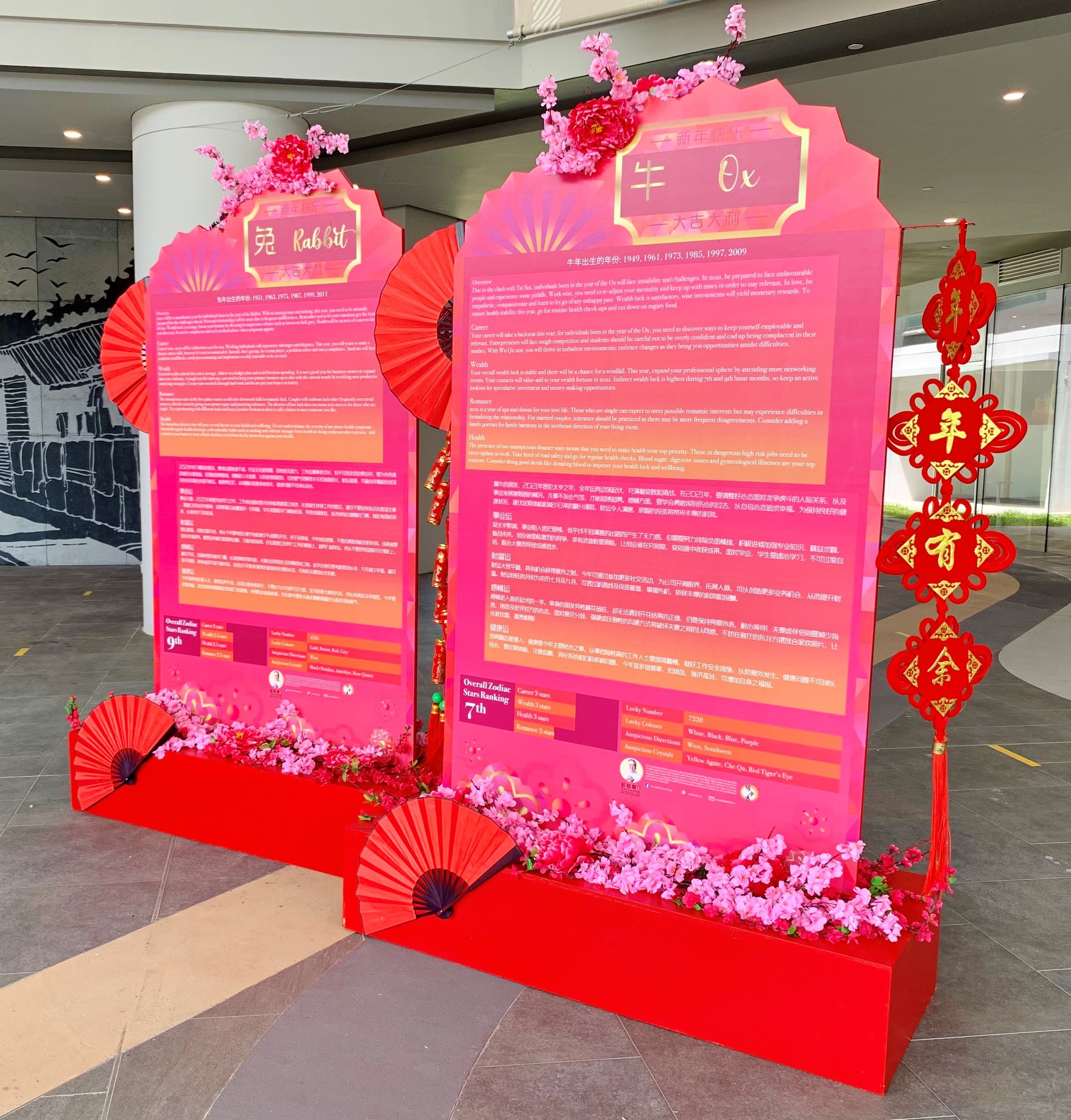 Flowers have also been added to the display, alongside various decorations such as paper fans and firecrackers. 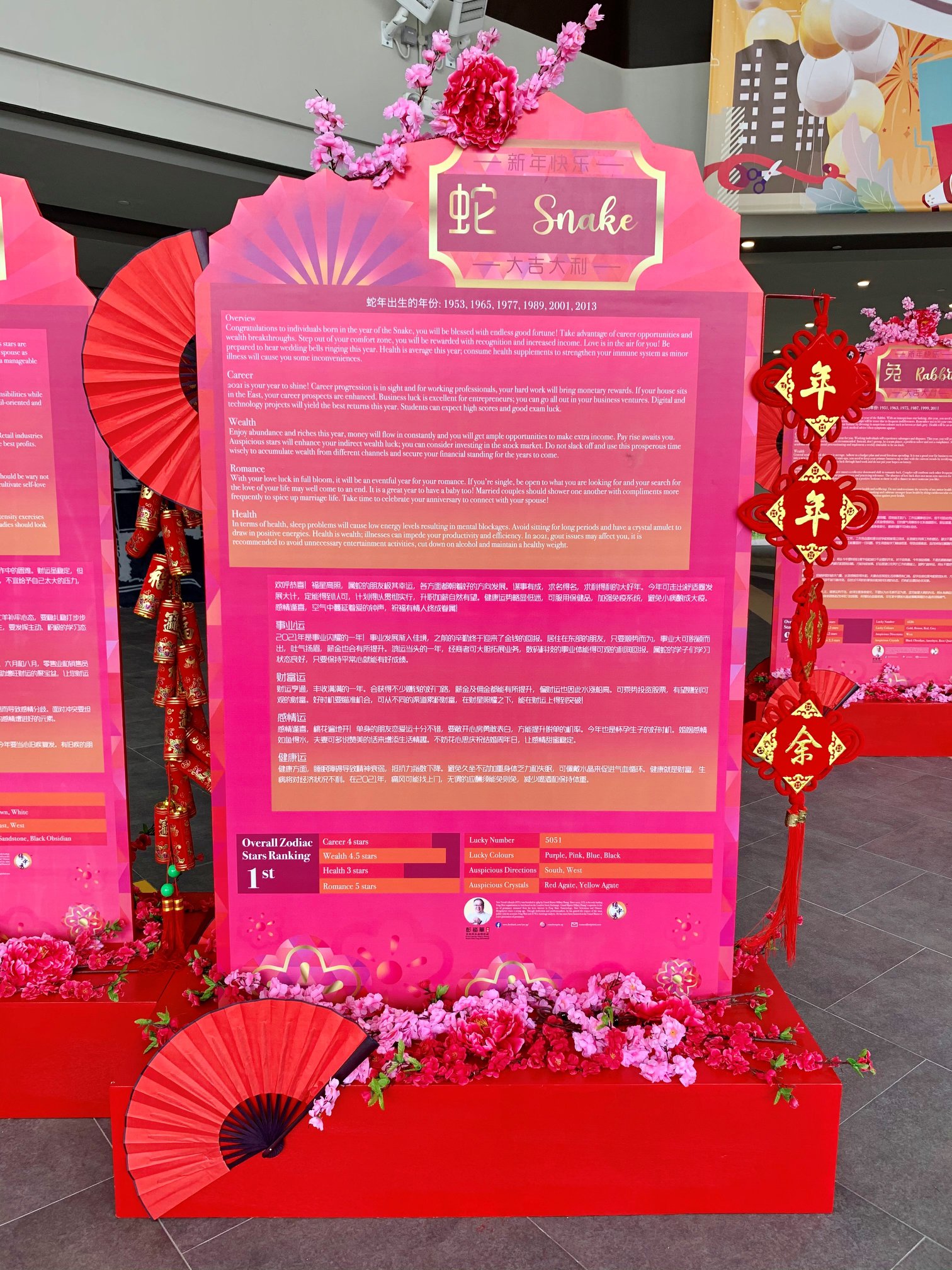 No changes have been made to the physical structure of the display.