A new bus terminal will open in Bukit Panjang, along Woodlands Road on Jan. 23, 2021, announced the Land Transport Authority on its Facebook page.

Along with the opening of the Gali Batu Bus Terminal, routes for bus services 75 and 184 will be extended with two pairs of bus stops added along Woodlands Road. 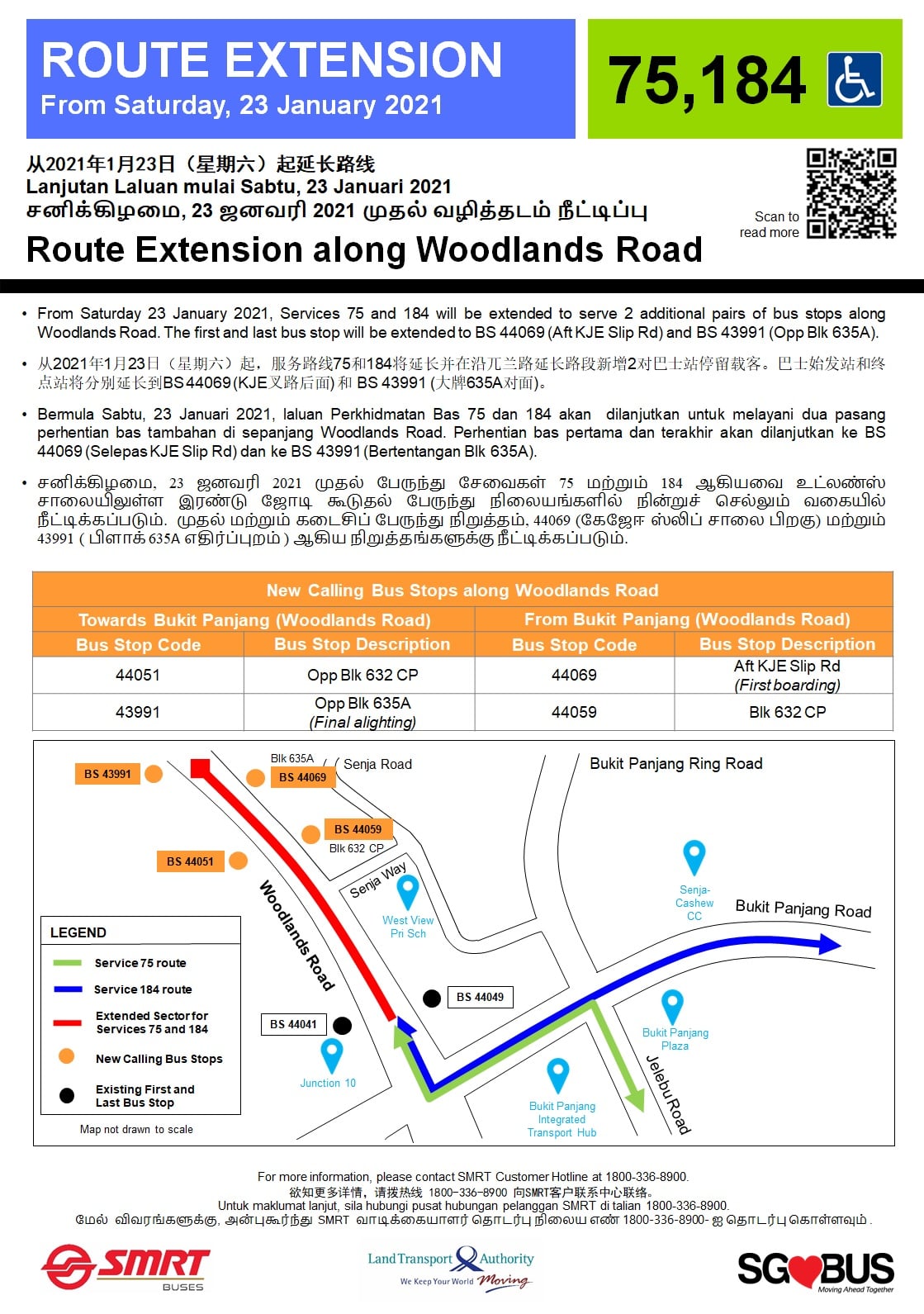 Another bus service, 974, will have its route amended so that it skips a bus stop along Upper Bukit Timah Road and stops outside Bukit Panjang Station Exit A where both boarding and alighting will take place. 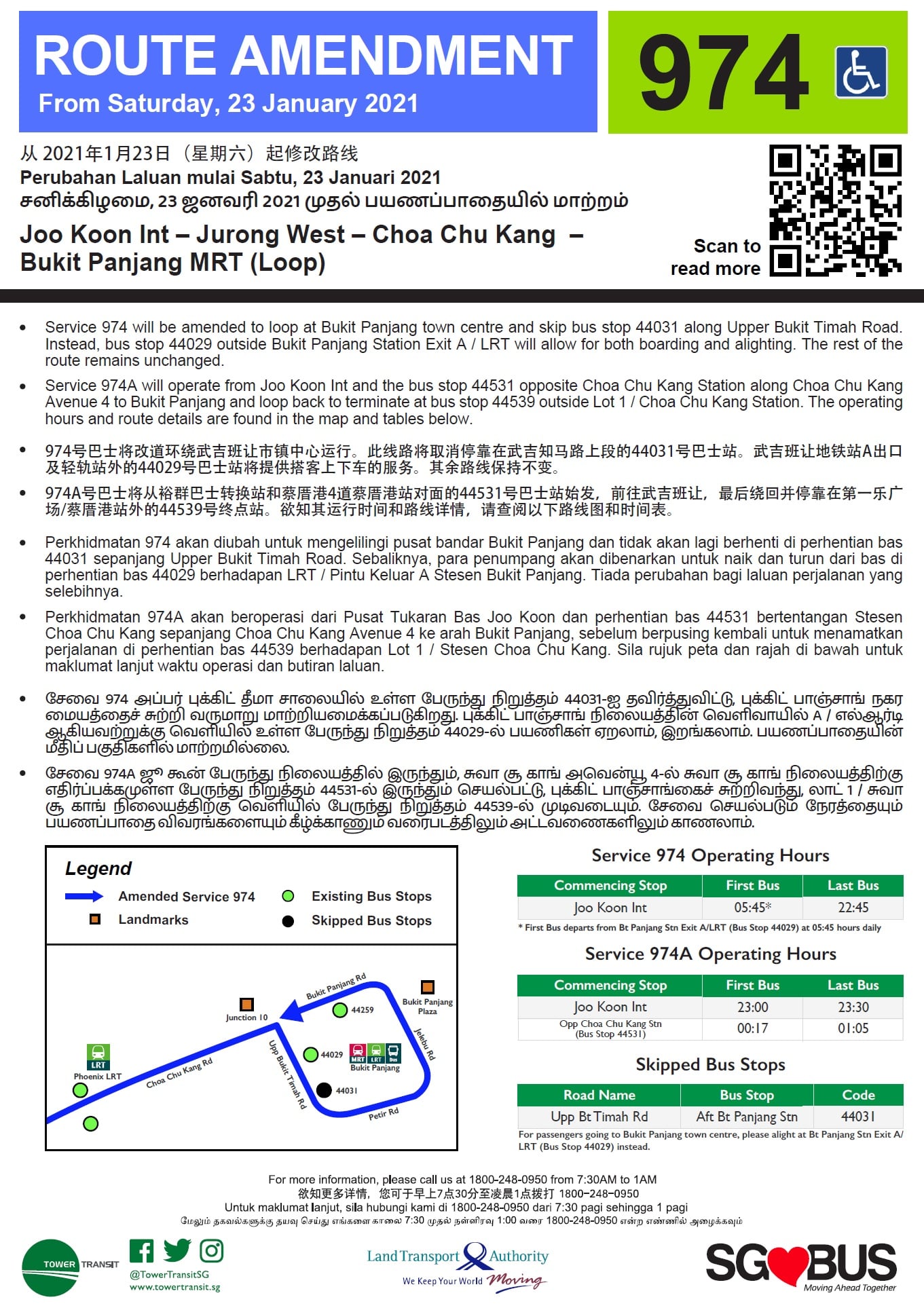 The Gali Batu Bus Terminal will replace the old Bukit Panjang Temporary Bus Park and be the terminating point for bus routes serving the Bukit Panjang area, according to the Land Transport Guru.

The new terminal is built on the rooftop of the Gali Batu MRT Depot.