A blanket of small, patchy clouds were seen covering various parts of Singapore on Sunday morning, Jan, 24, since sunrise.

The huge patches of clouds were seen all around Singapore, including places such as Sembawang: 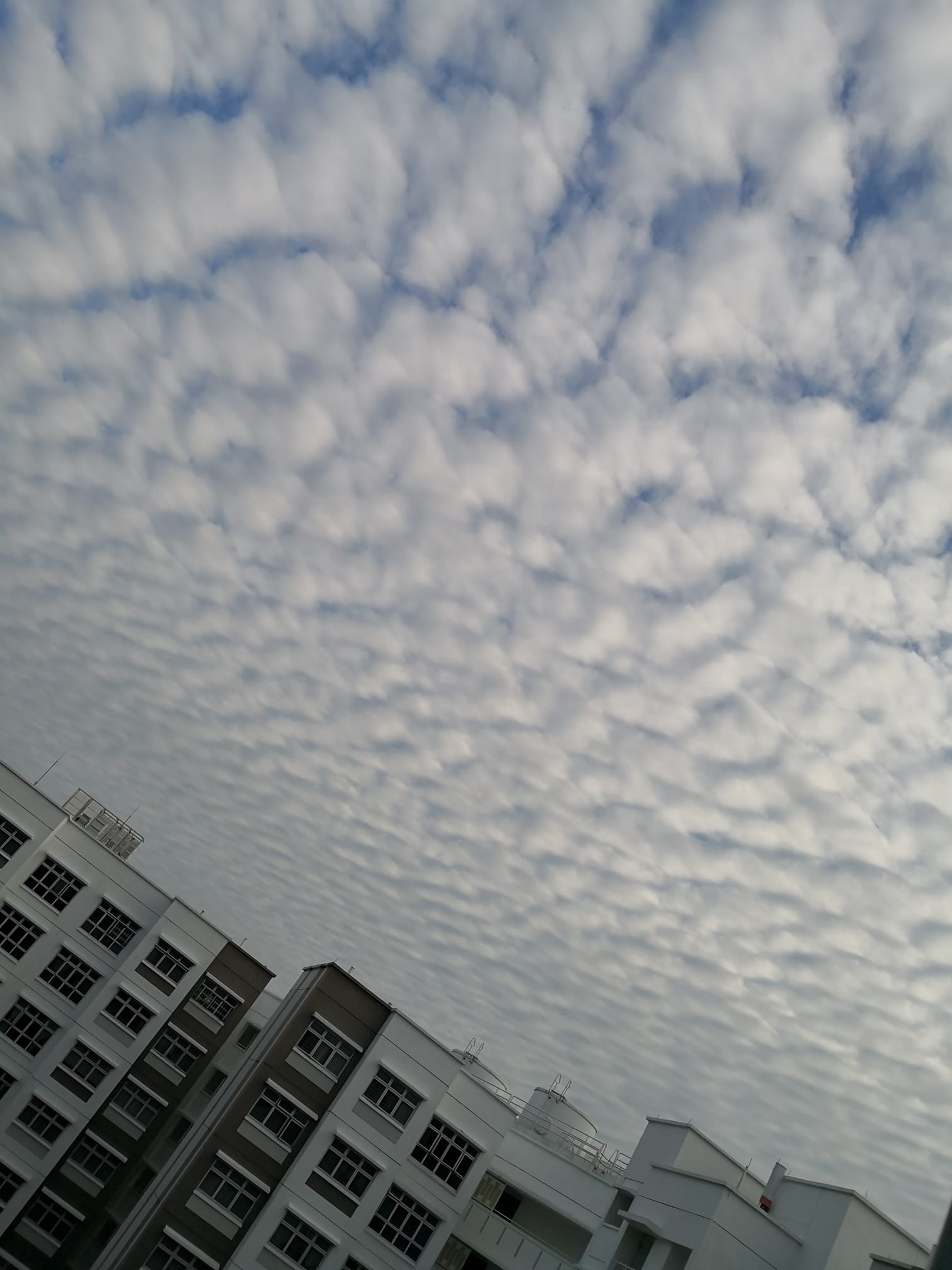 Some of these cloud formations made for beautiful photos, mirrored on bodies of water:

The formation of what appears to be altocumulus clouds earlier in the morning led to picturesque skies across the island.

Altocumulus formations are described as rounded, individual masses with a clear sky showing between them, similar to what was seen in the photos.

In tropical climates such as Singapore, altocumulus typically comes from the remnants of a convective system such as a thunderstorm.

Such phenomena in the morning would usually lead to thunderstorms later in the day.

According to the local weather forecast, thundery showers are likely to cover the southern and western parts of Singapore in the late afternoon today.