A bit of a kerfuffle occurred at the HDB Hub recently involving two elderly staff and a woman and a man visiting the venue.

In a video that was originally uploaded to TikTok and shared on Facebook, the woman was apparently at the HDB Hub in Toa Payoh to submit a tender.

Allegedly did not make e-appointment

With arms akimbo, the woman could be seen and heard shouting at the two HDB Hub staff, consisting of a pair of male and female staff.

The woman said in a loud voice: "Don't make things difficult for me!"

The male staff, in a volume nearly matching the woman's, could be heard responding: "Nobody is making things difficult for you!"

The woman then demanded: "Then?!"

Portions of what the male staff said are indistinguishable, but the parts that could made out include: "I'm just trying to help", and "There is nobody answer[ing]".

However, the woman was having none of it, and loudly replied: "I don't give a damn!"

Another female staff then approached the woman, who shouted that she has an "invite", and nobody informed her that she was required to make an "e-appointment".

She continued to express anger that she was allegedly not allowed to make the e-appointment on the spot, and insisted that she wanted to submit the tender now.

Throughout the entire commotion, another man stood silently beside her.

The male staff continued to try to explain the situation to the woman, but apparently he lost his patience when the woman interrupted him.

The male staff was seen shouting back for the woman to listen to him.

At this point, the woman completely lost her cool, and her unintelligible scream reached fever pitch.

The man who was accompanying the woman then finally broke his silence, pulling down his mask to shout back at the staff. 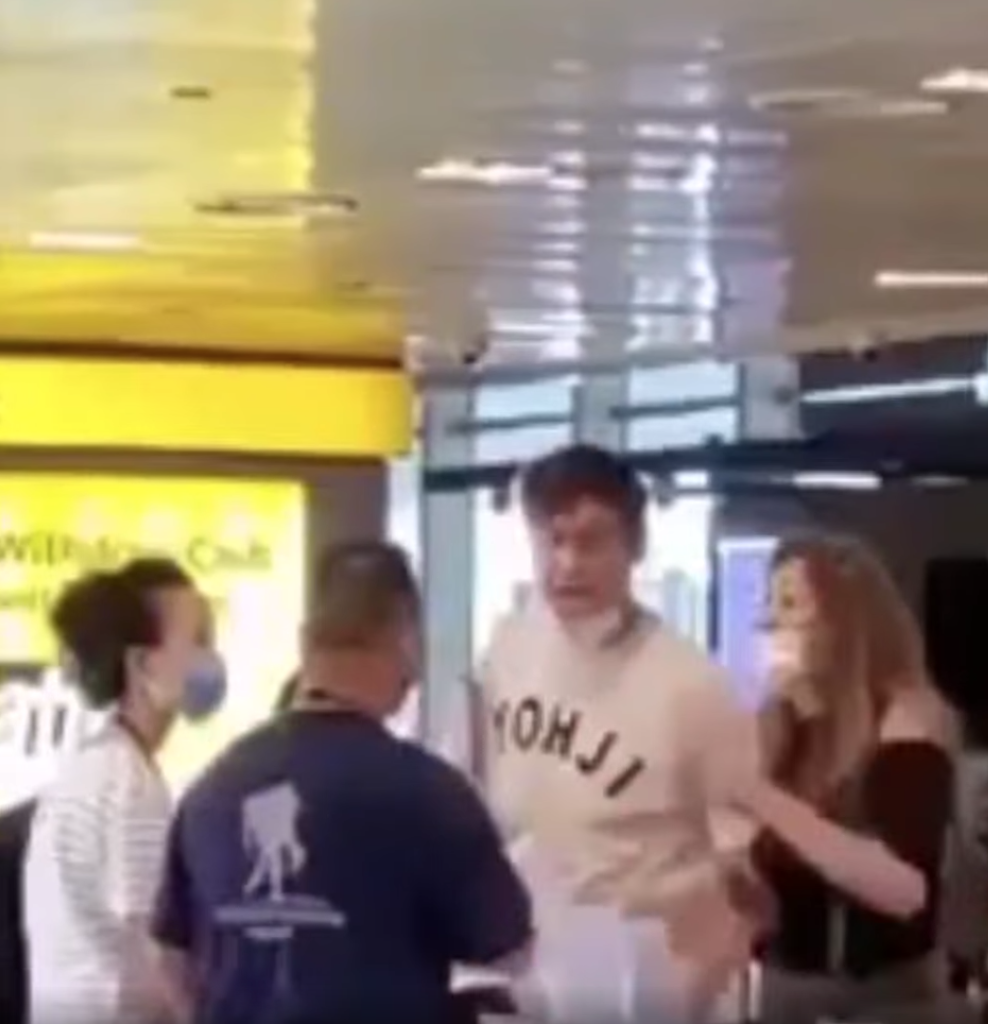 A HDB Hub security guard then walked over to interrupt proceedings.

Responding to something else the male staff said, the woman added: "Yes please, all I need is just some help, that's all".

The male staff then walked away presumably to find a solution to the woman's concerns.

The video got cut after that.

You can watch the full video here.

In the comments section of the Facebook post showing the video, the woman was lambasted by online commenters, who described her as "entitled", "arrogant" and lacking manners. 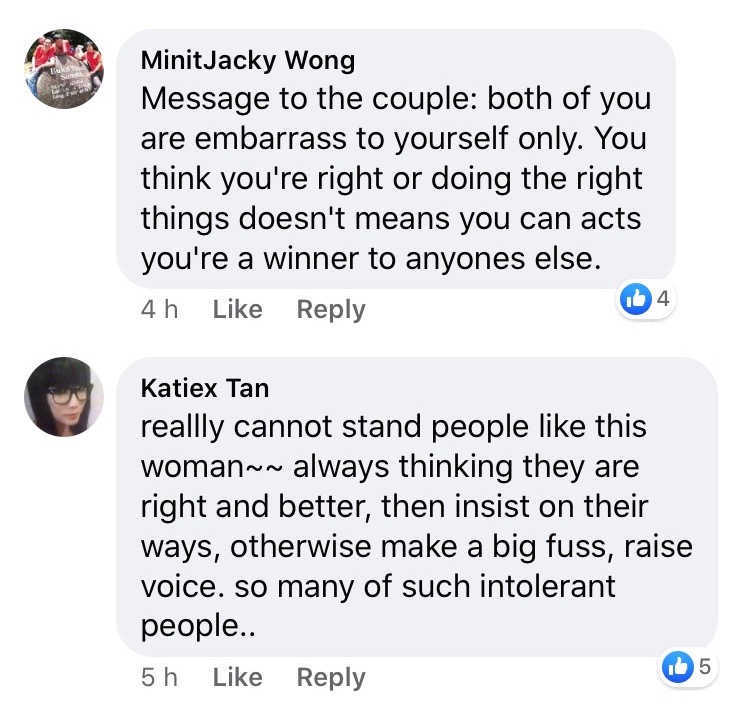 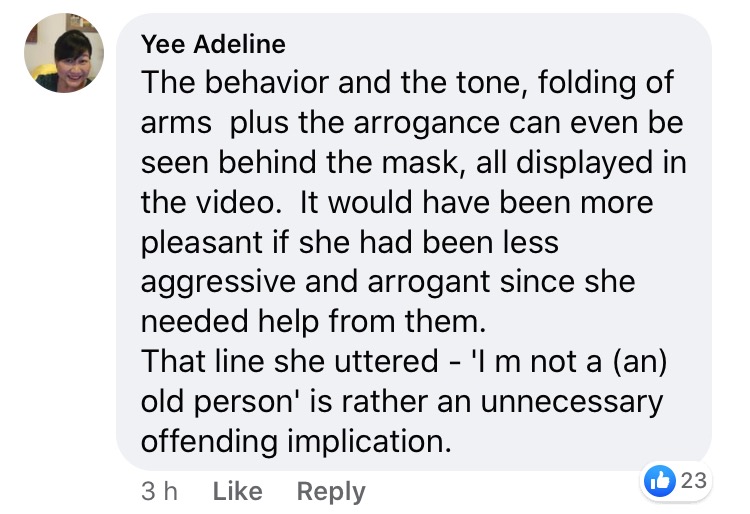 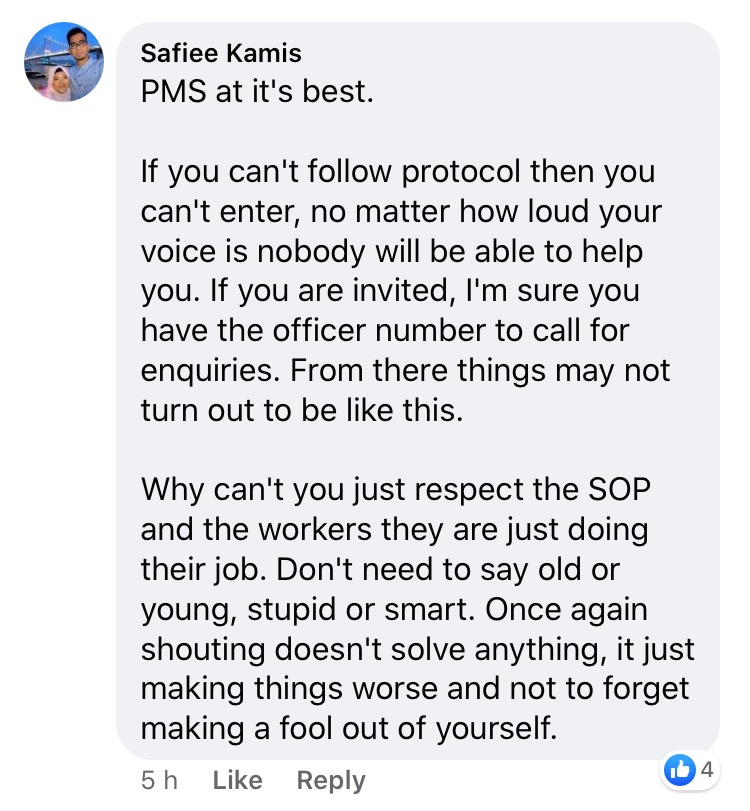 However, one commenter explained that the process of tendering for space can be a frustrating one, and the resulting setback the woman experienced at HDB Hub could have led her to lose her temper.

Another added that the male staff could have maintained his cool better and avoided shouting back a the woman as well. 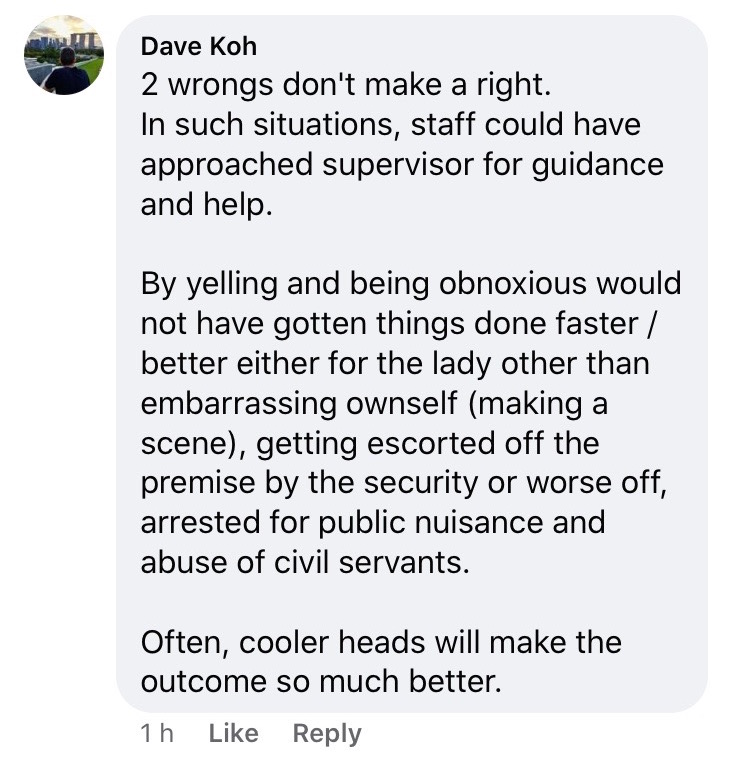