The Singapore influencers who took part in selling used pillows have come forward with their own versions of events after the stunt went awry and drew backlash from the public.

The online shop that was used to hawk the used goods has since been removed.

It was set up by a local media company.

1. It was all a social experiment

Following the backlash, the influencers revealed that the whole entrepreneurial concept was just a social experiment.

The media company involved is Shout, which has been putting out content with risque concepts featuring local influencers as talent.

The media company had made a pitch to the girls to sell the pillows.

Screen shots of the messages sent by Shout to the influencers, as seen by Mothership, suggested the social experiment would be wholesome.

2. The pillows sold were not "used"

Another issue the influencers addressed after the sale blew up was that the pillows listed on the site were not used at all.

The influencers were apparently told to pose with new pillows and quote a price.

"Our involvement only went as far as taking a photo with brand new pillows given to us, and then quoting a “price” for them to list on the site. Anything after was out of our control."

3. The pillows weren't supposed to be sold, said influencer

Tian also claimed that the pillows were not supposed to be sold, due to Covid-19.

"There are no direct transactions going on between us and the buyers, and we are not aware if there is any sales or not, to be honest. What was relayed to me was that sales will be refunded to buyers, and no actual sales of pillow will commence due to Covid measures."

She added that this was not relayed to some other influencers, but did not provide more details about it.

But are earnings involved?

However, it is possible that pillows are still being sold — just not used ones.

In another message reportedly sent by the media company to at least one influencer after the experiment concluded, it was suggested that the "earnings" were registered.

The media company said that some influencers regretted their participation following the backlash, and would like the pillow buyers to be refunded for their purchases. 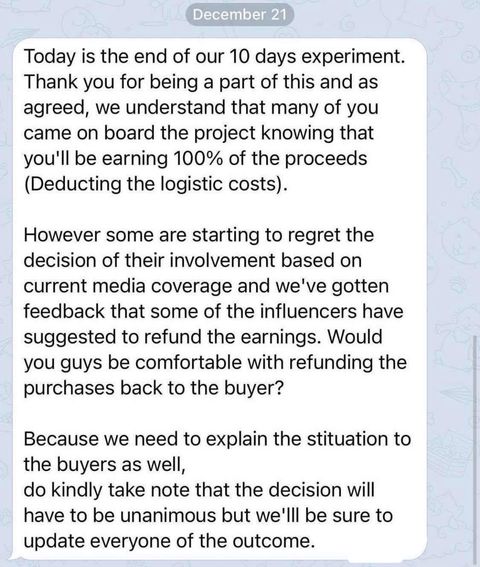 One of the girls also put up an Instagram Story alluding to potential earnings.

However, it is not clear to whom the sum will be paid. 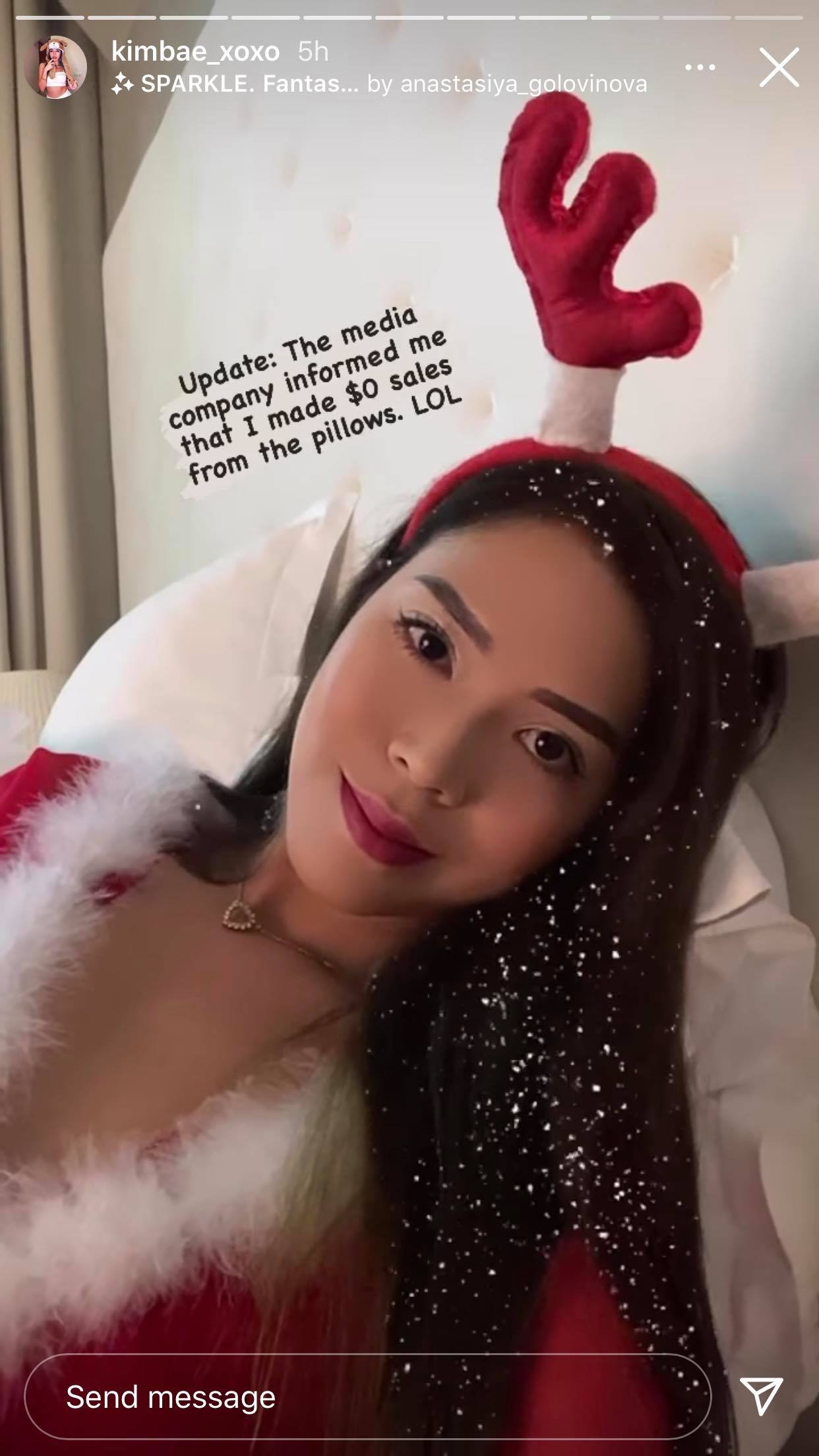 Another said that part of what she earns will go to charity: 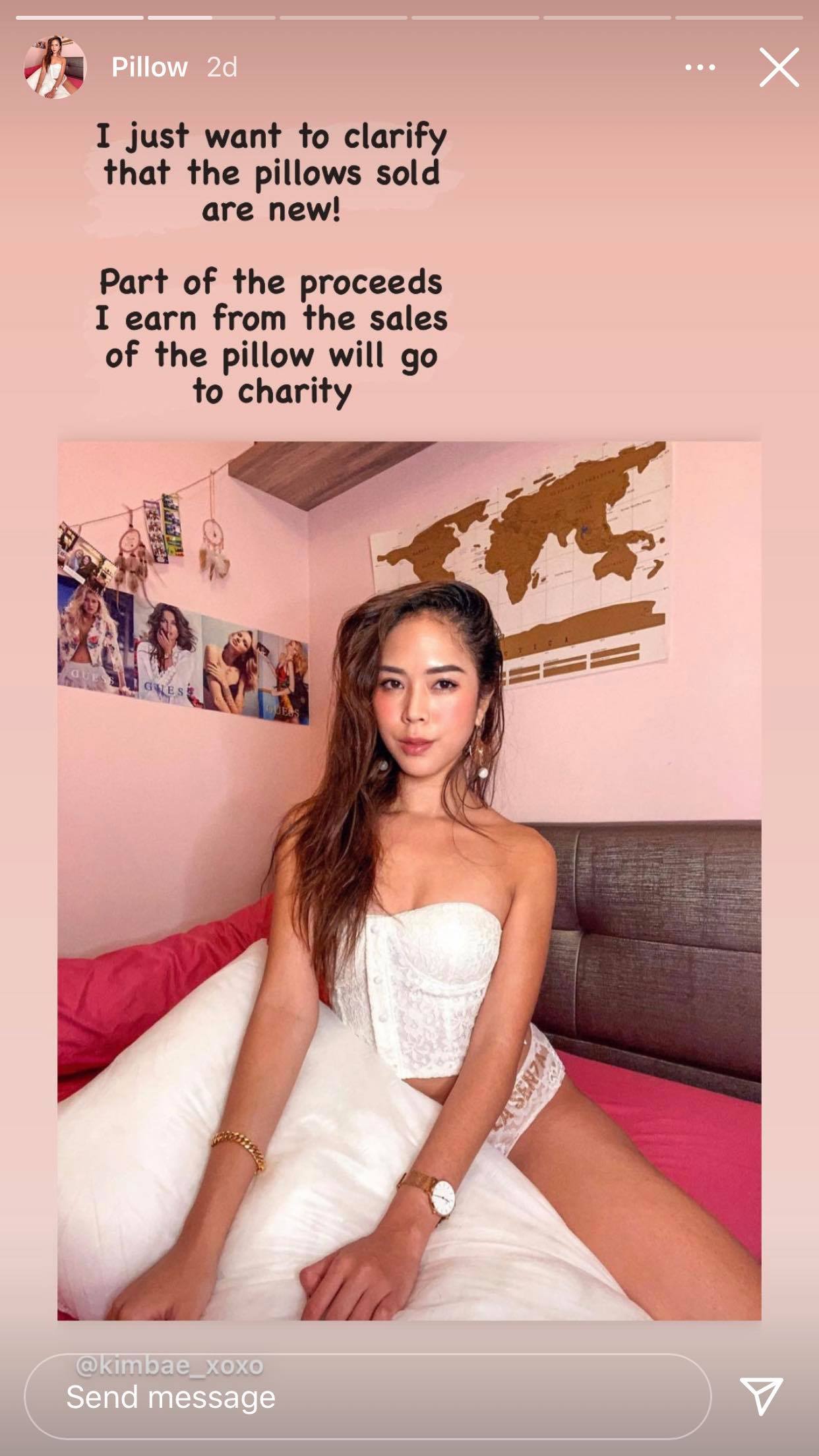 One of the influencers, who wanted to remain unnamed, told Mothership that she was not expecting payment.

4. Unhappy with the way they were portrayed

Lastly, some of the girls were unhappy with the way they were portrayed, with at least one saying that she did not know that an accompanying article would be written by Shout promoting the sale.

The general grouse of the influencers was that they were not informed of the direction and tone the experiment would take, and felt that they were being objectified.

You can read the relevant clarifications here: 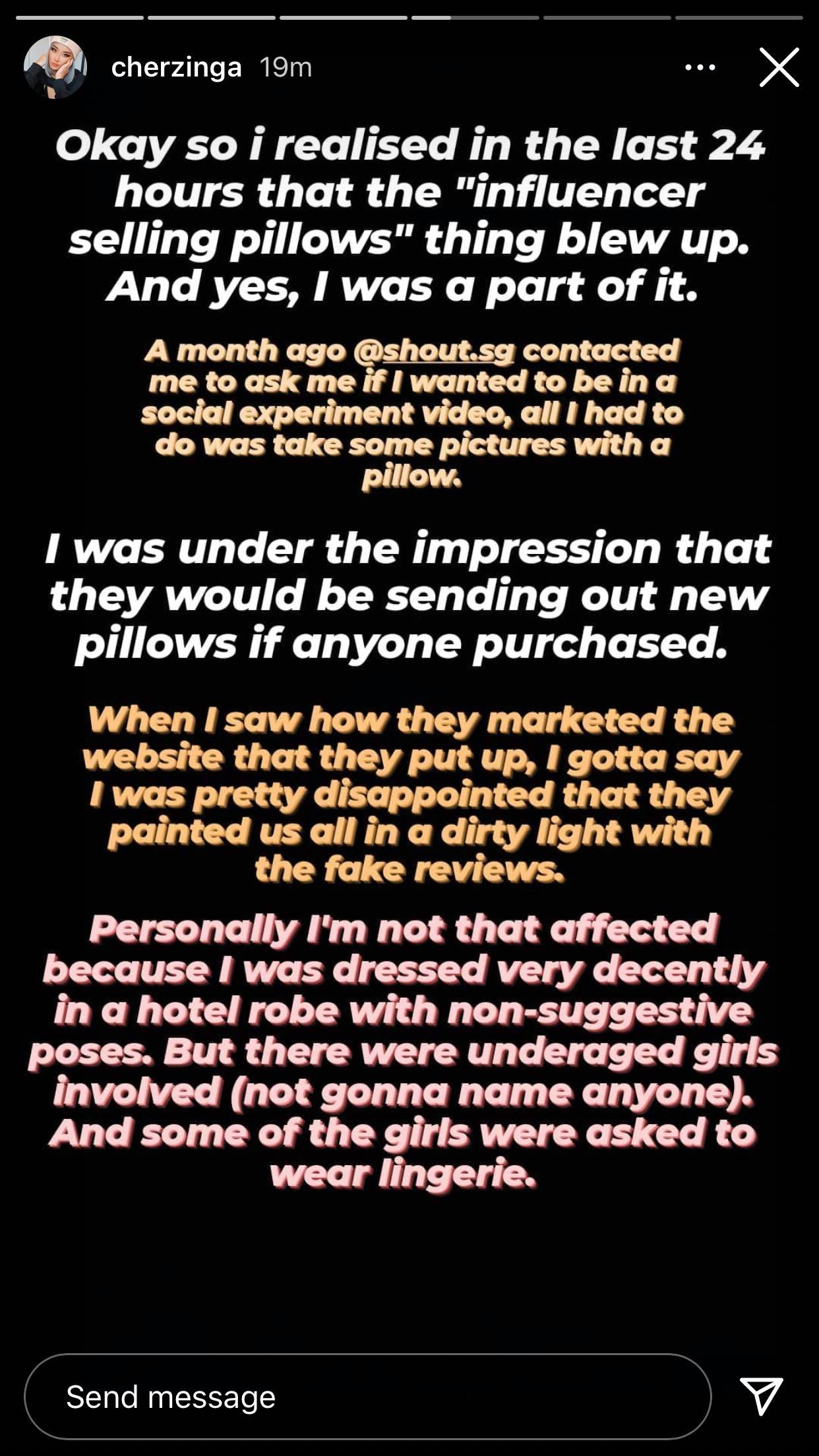 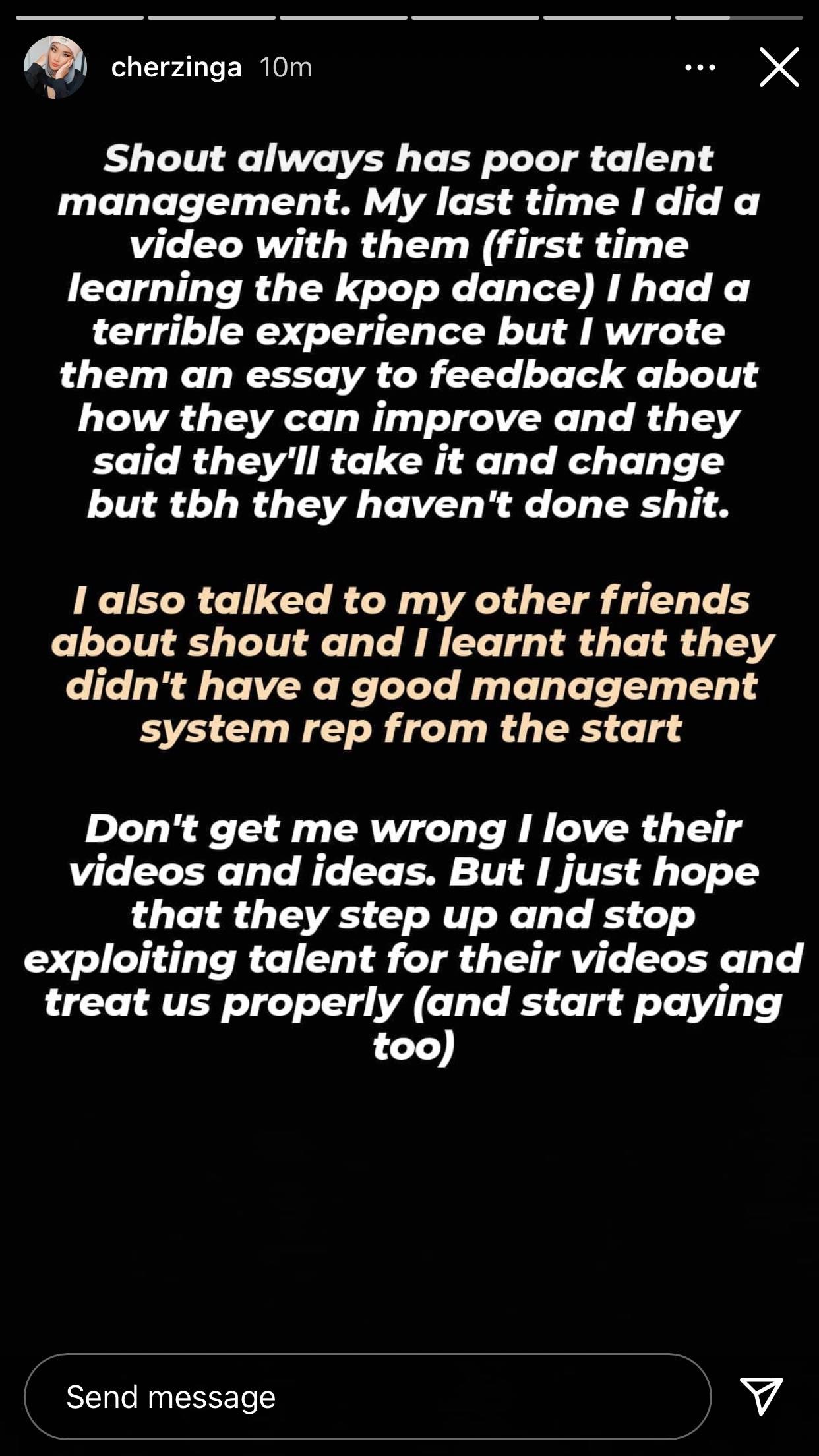 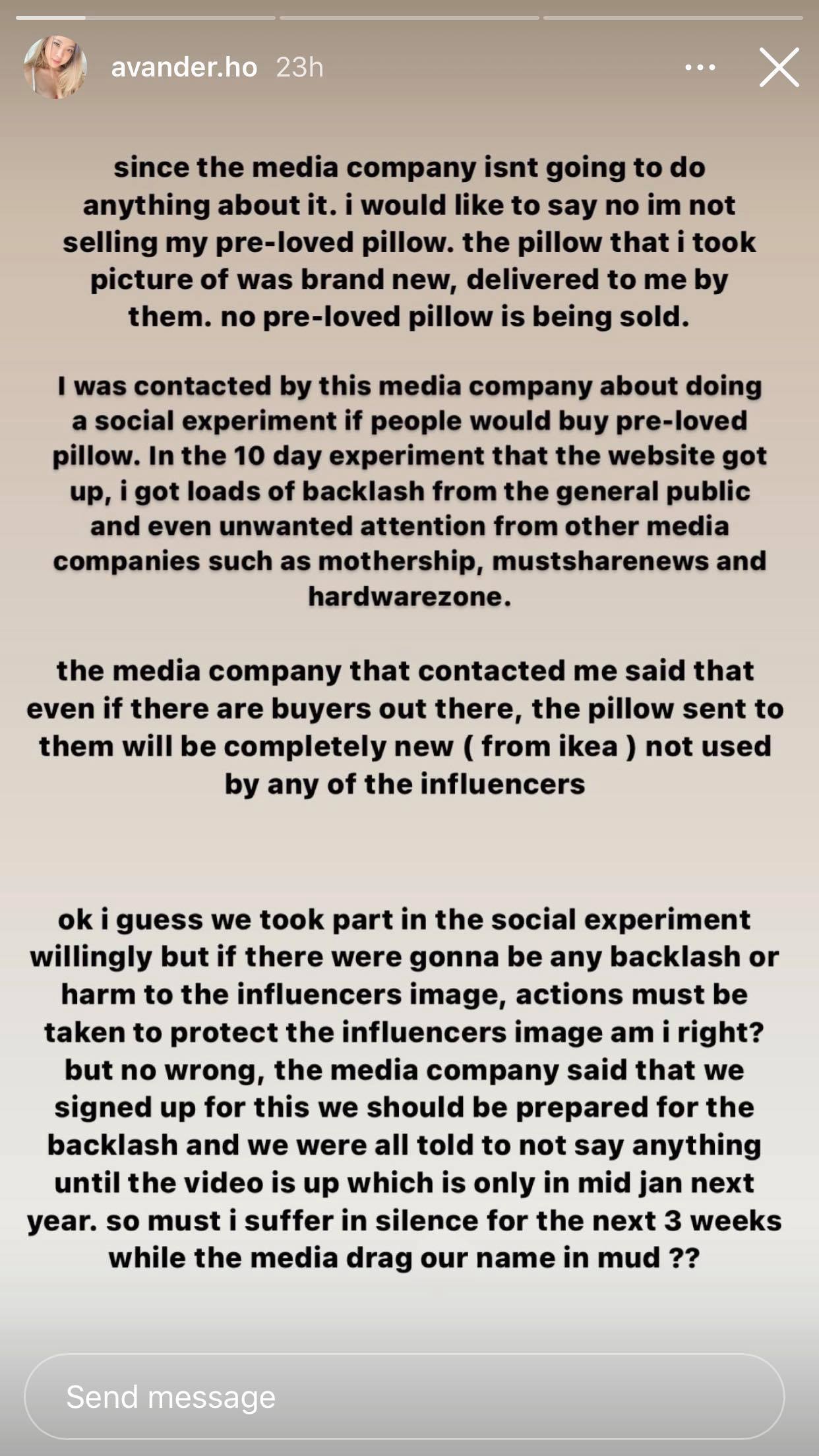 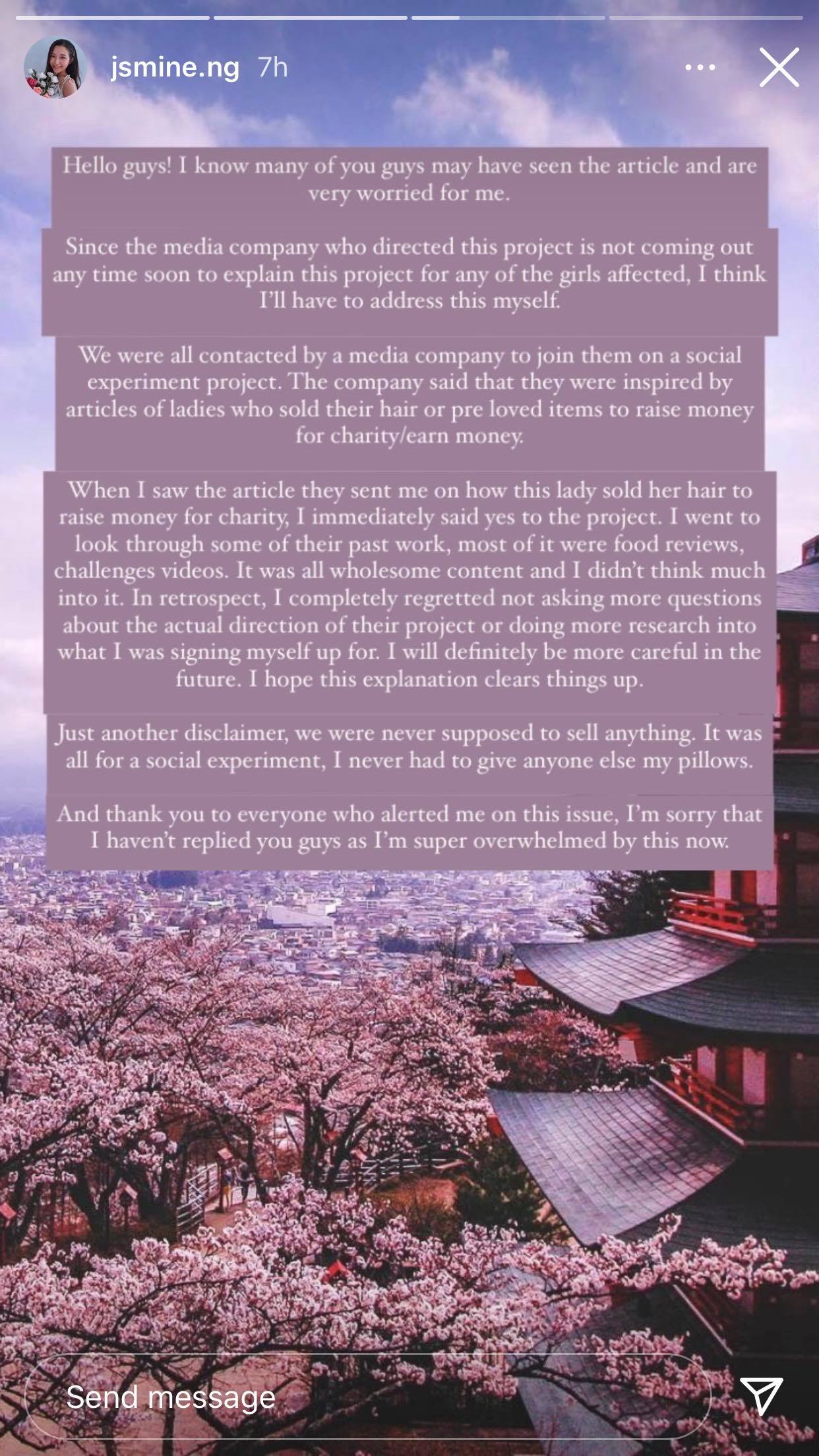 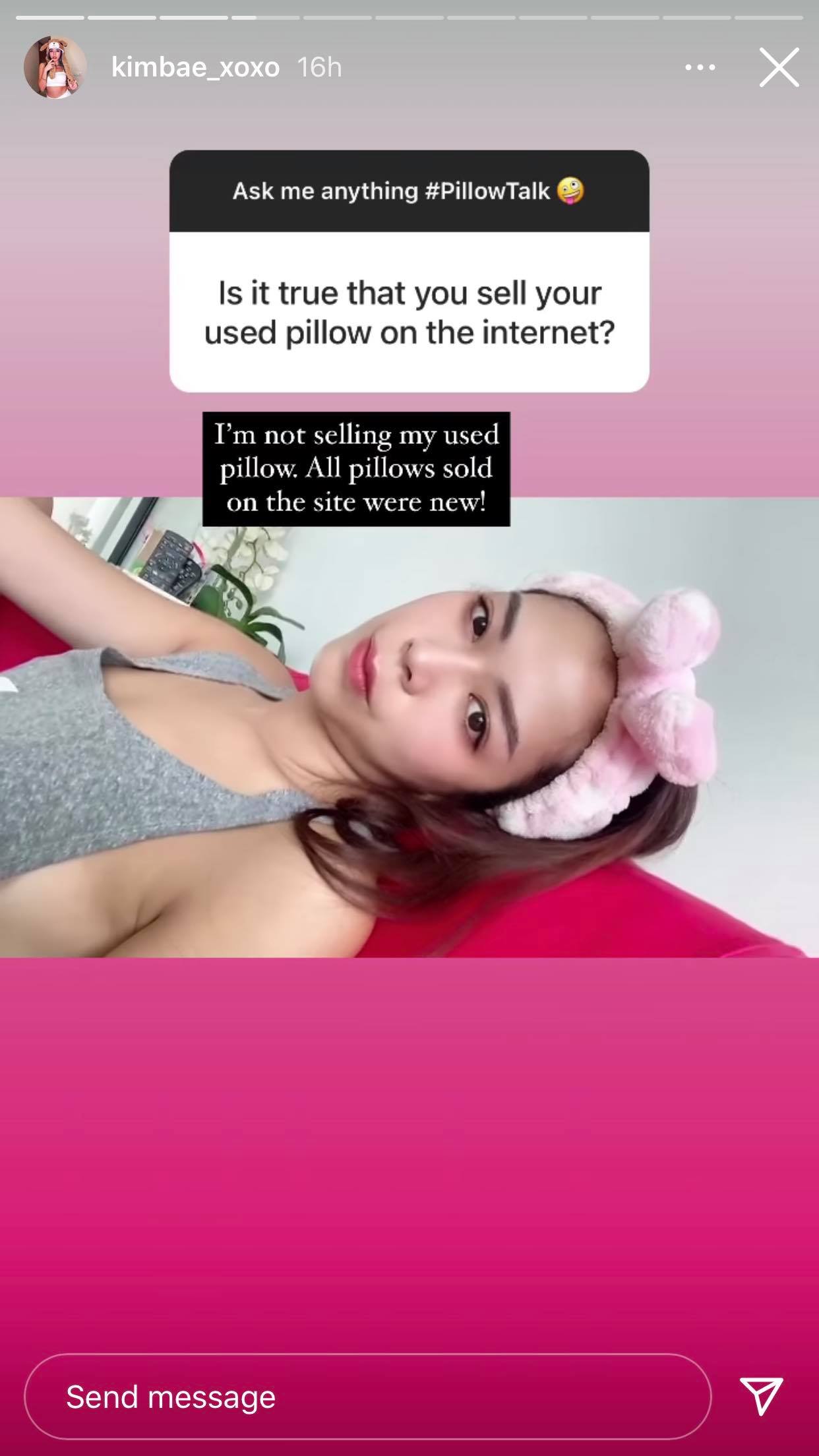