From 2021 onwards, NSFs from Combat Support and Combat Service Support units will be equipped with the "Standard" version of the system, which is made of the same material, MINDEF announced on Dec. 2 in a press release.

The enhanced version is made up of three pieces of equipment, the vest, a load-bearing belt, and a body armour carrier, which can be worn under the vest.

Here's how it looks:

MINDEF explained that the enhanced model was being issued to NSFs in Combat units as they will have to deal with "physically demanding mission profiles".

As for those in Combat Support and Combat Service Support units, MINDEF said that the standard model, which comprises a vest and a belt, "adequately meets the training and operational requirements of these units."

Unlike the enhanced version, the body armour component of the standard version cannot be removed.

According to MINDEF, engineers from the Centre of Excellence for Soldier Performance (CESP) conducted thermal analysis to determine the amount of heat accumulated in the load-bearing system while soldiers manoeuvred obstacles.

Based on data collected, engineers were able to tweak the design to suit soldiers better.

MINDEF also introduced a new helmet with a high-cut design and adjustable padding system which is 10 per cent lighter than the previous version. 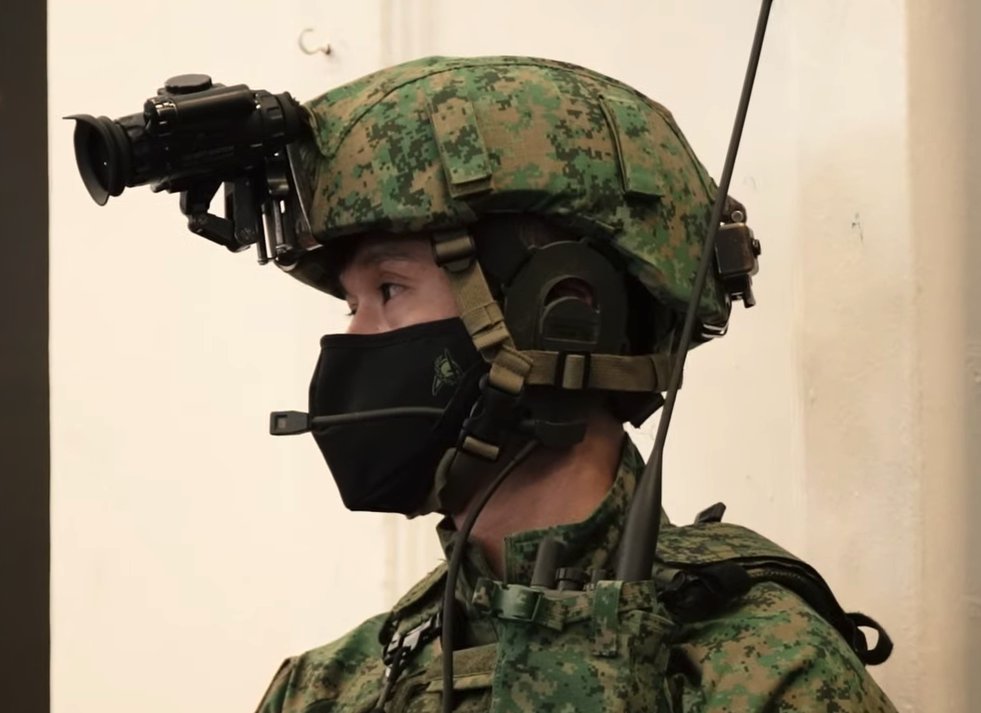 The high-cut design allows for better integration with other equipment like ear mufflers, communication headsets, and night vision devices.

The new helmet has been issued to NSFs who enlisted since Oct. 2019.

Here's a video on the new equipment: