Ordering dinner in during the festive period might be a nice way to escape the crowd.

But food delivery comes with potential downsides too — if your order gets delayed tremendously, or if items are missing.

F&B establishments may also find themselves racing to complete the orders on time during festive periods. With varying degrees of success, of course.

One restaurant, Morganfield's, seemed to have experienced a high volume of orders on Christmas eve, with many orders allegedly getting delayed by up to two to three hours.

At least 10 customers took to their Facebook and Instagram pages to leave negative feedback on their experiences.

Most customers claimed that their orders were over several hours late, with some saying that the restaurant failed to "plan ahead" for the influx of orders on Christmas eve. 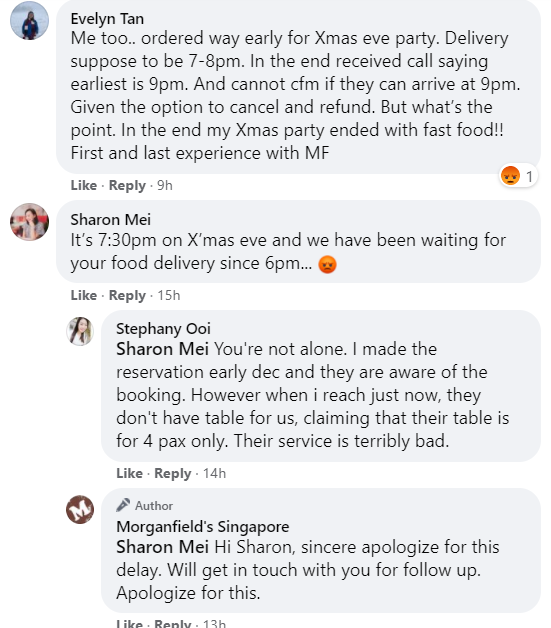 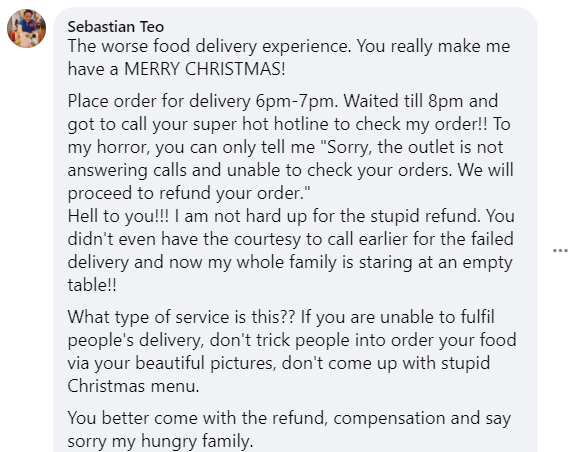 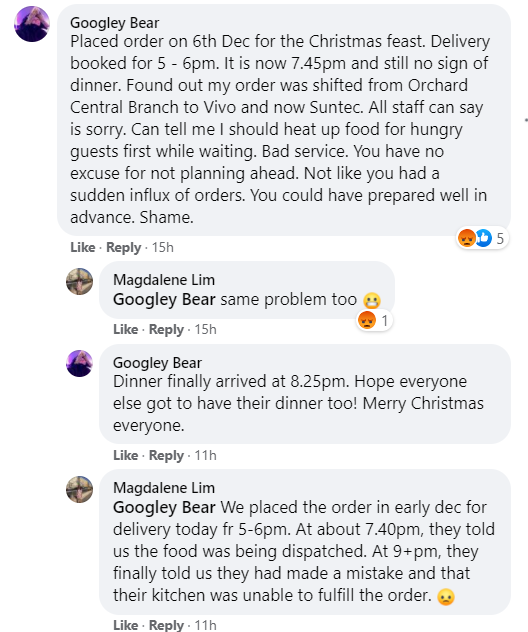 A customer also faced problems with the self-pickup option as she claimed that those who had booked the 4:30pm timeslot were still waiting for their order at 5:30pm.

One had taken to Instagram to comment that customers also had to wait for the self-pickup option. 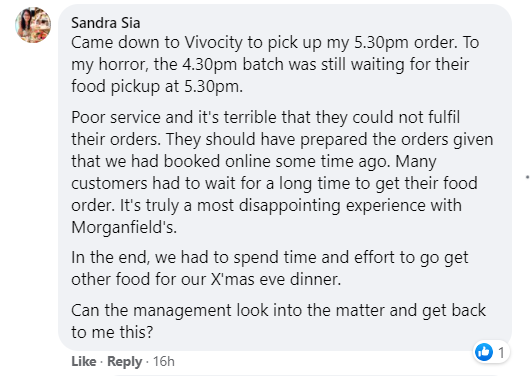 Some customers also clarified that they had placed their orders early, in November or early December, to be delivered for Christmas Eve.

One said that the restaurant "should have been prepared" for the orders as they "do not just suddenly appear". Morganfield's has responded to many of these public comments, apologising for the incident and saying that they will get in touch or follow-up via email.

One comment also added that they will "look into the matter".

In response to Mothership's queries, Morganfield's said in a statement on Dec. 28 that they express their "sincerest apologies to those they have let down due to their slip-ups"

They added that they are "saddened" for letting some people down, and they have started to get in touch with affected people.

"We will do our best to make amends," a spokesperson added.